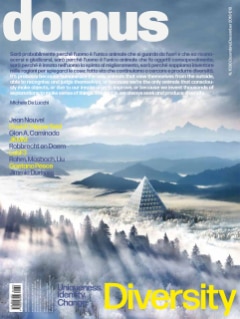 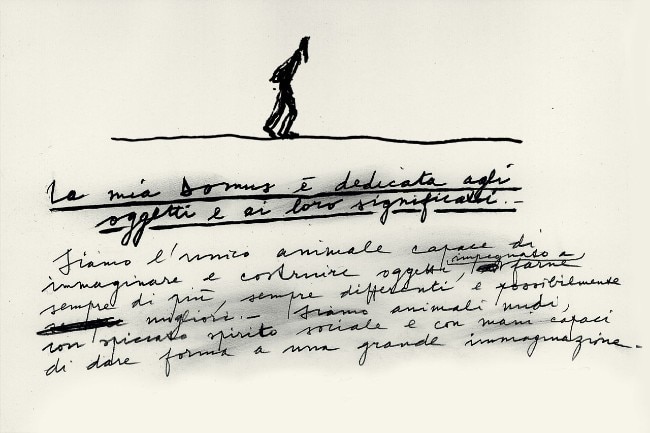 On the December issue dedicated to diversity, Michele De Lucchi talks about ‘newness’ as a creative force to look beyond. 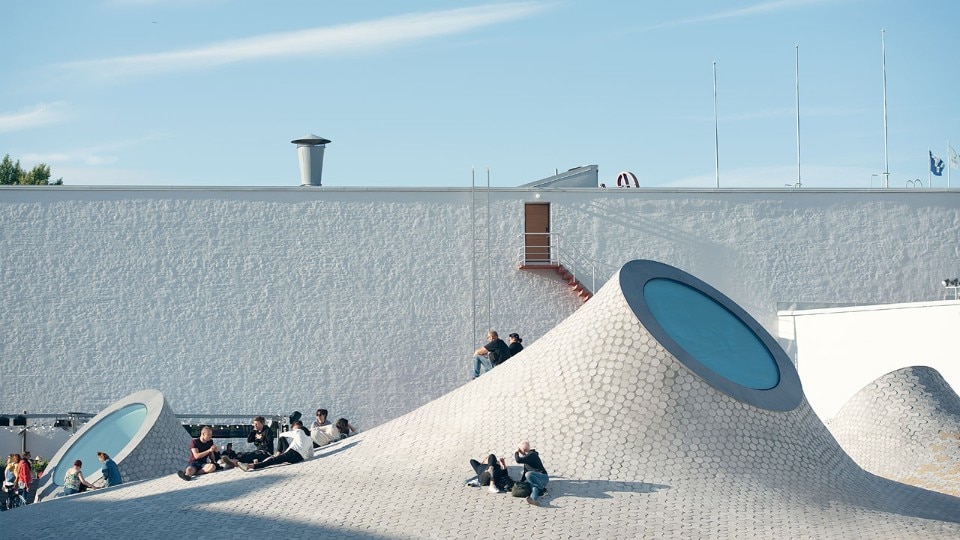 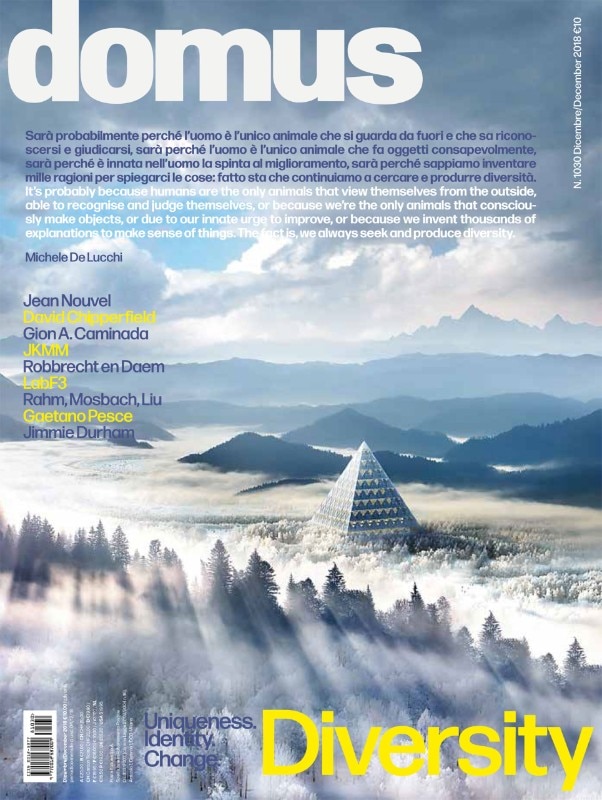 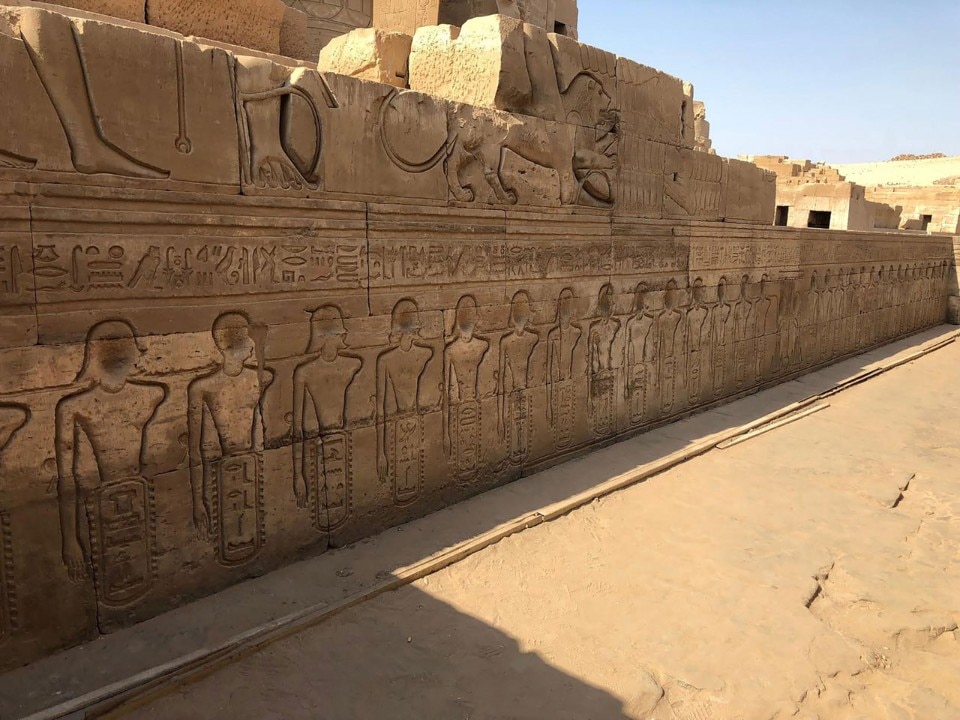 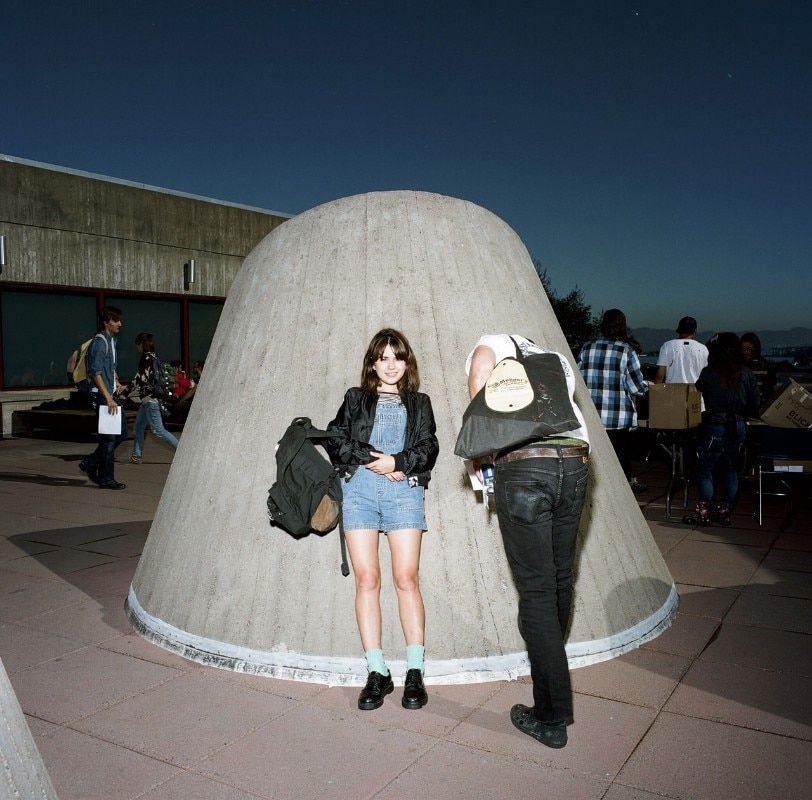 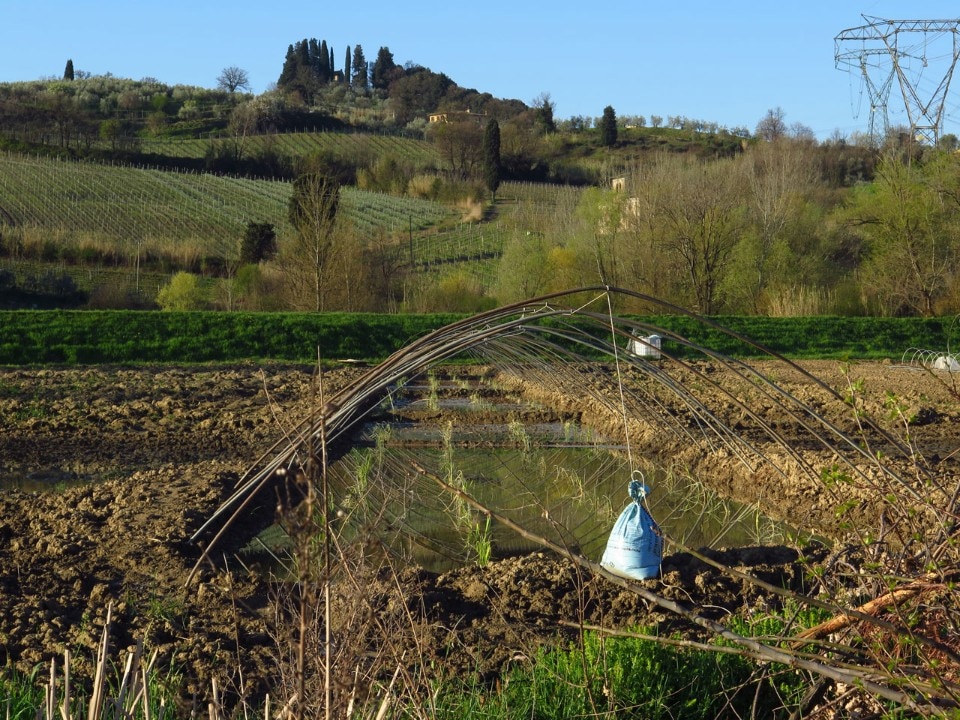 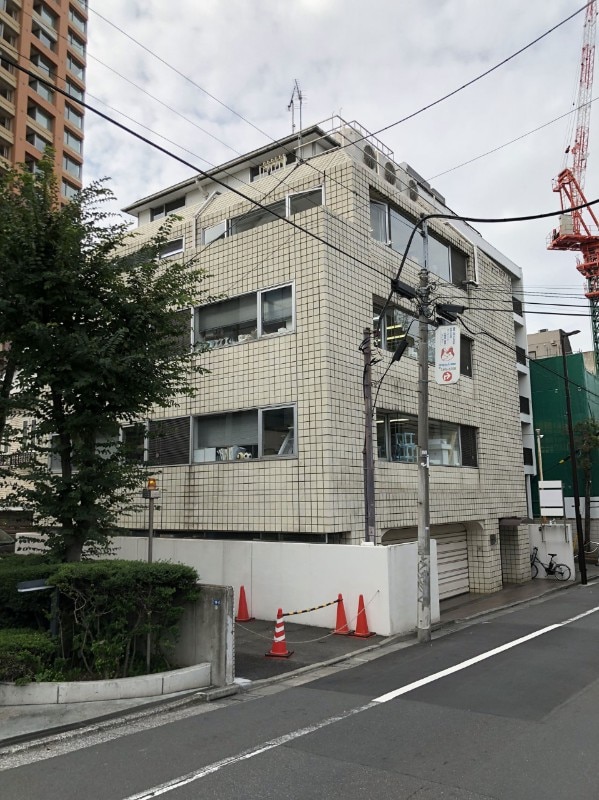 Toyo Ito
We visited Toyo Ito & Associates in Tokyo where meetings, sketches and models are key to testing an initial idea before agreeing on the actual design. Presented by Andrea Caputo 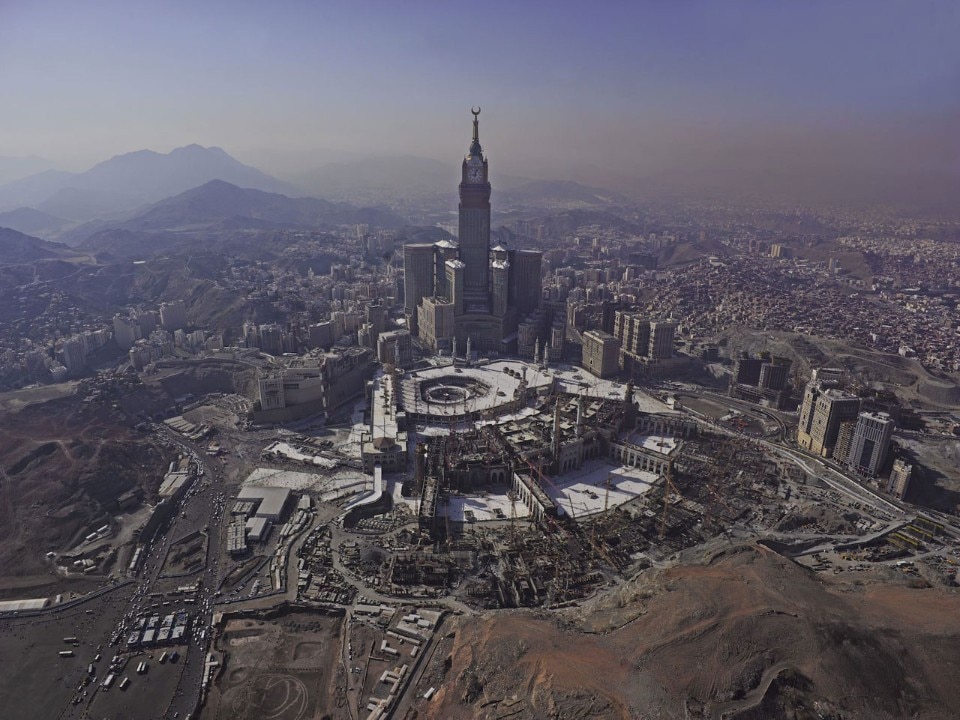 Misk Art Institute
Since 2017 the Saudi artist Ahmed Mater has been director of the Misk Art Institute, taking into an institution a decade’s work at the grassroots of his
country’s artistic community. What is an artist’s role in national cultural processes? Presented by Paola Nicolin

Alessandro Mendini, Ricercare l’inesprimibile
For Alessandro Mendini, drawing is not a process of representation, but of exploration. The result has relative importance compared to what it communicates. The more contorted the line, the more evident the psychological sincerity that conceived it. 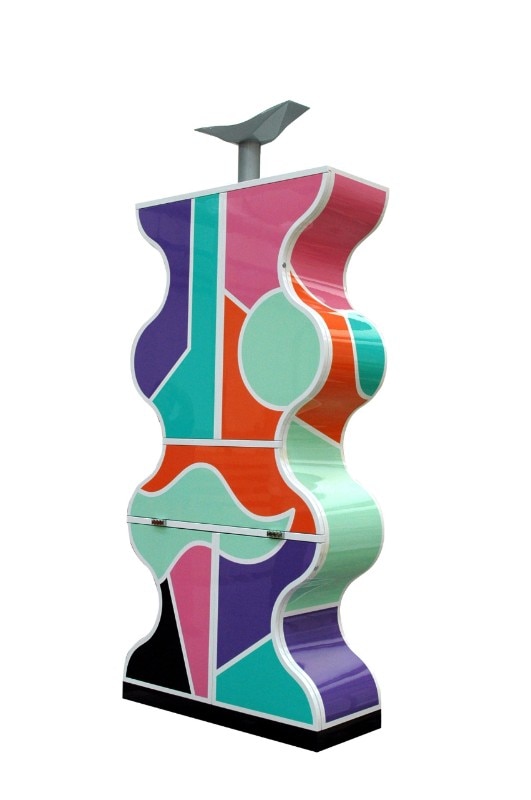 Cleto Munari
Fast-forward to 2018; our great friendship and collaboration continues and I know that Alessandro Mendini is the only Italian presence on the global design and art scene. After him, there is nothing. 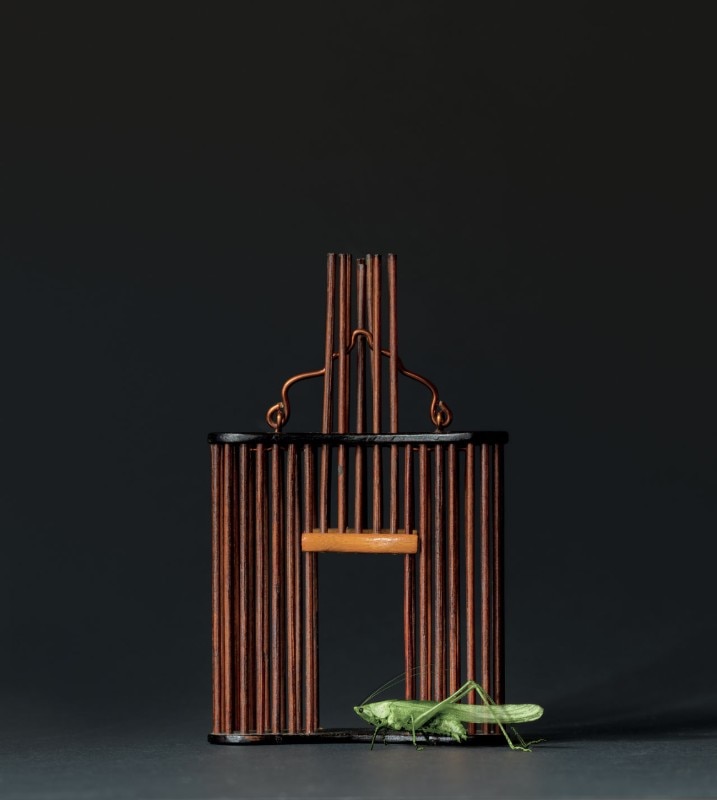 Without the courage to look ahead, we cannot expand the horizon of knowledge and the desire to explore 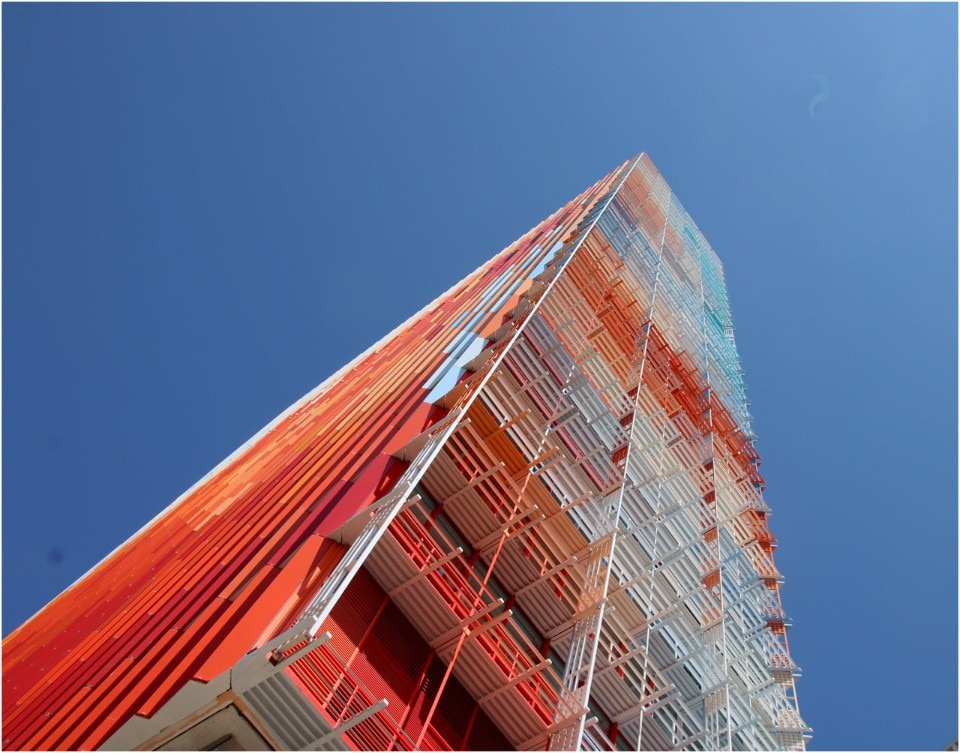 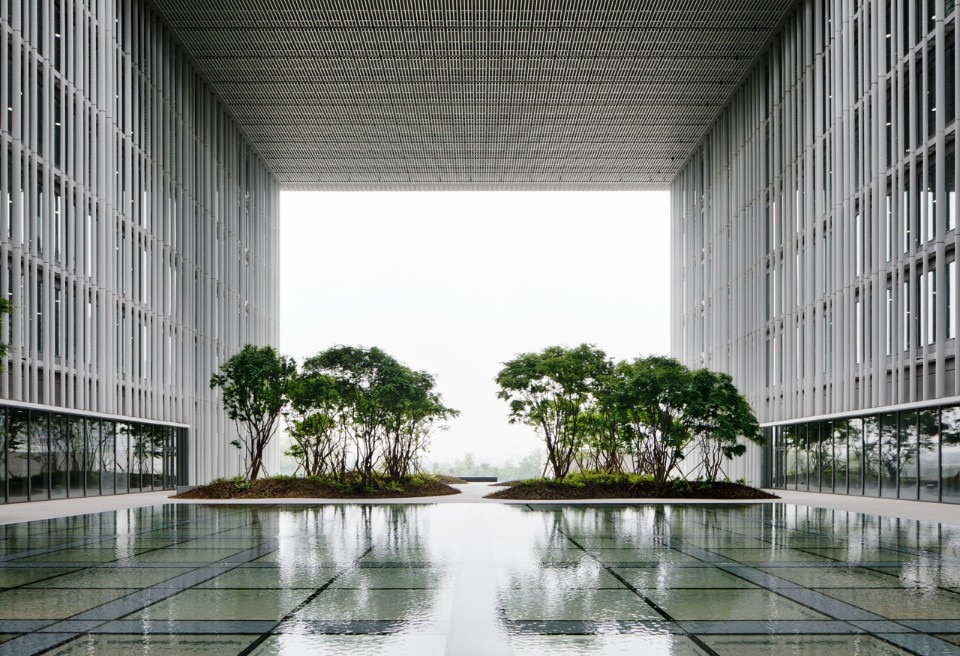 David Chipperfield Architects Berlin, Amorepacific headquarters
The workspaces of a big cosmetics company are embodied in a building that is more about social space than geometry. Text by Deyan Sudjic, photos by Noshe 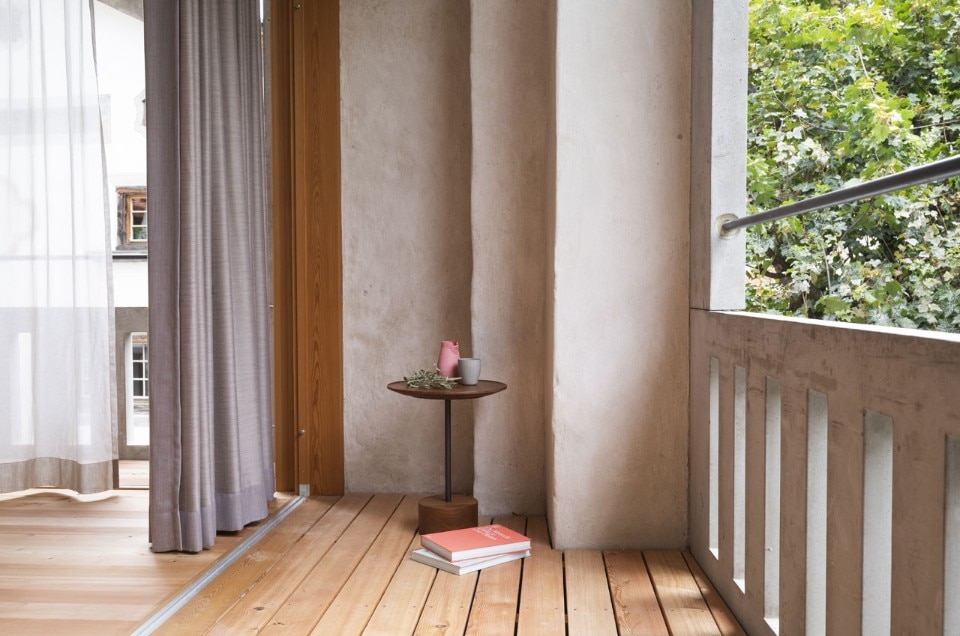 Gion A. Caminada, Casa Caminada
Diversity is also a way to interpret tradition, by turning it into an element of identity. Text by Robert Veneri, photo Gaudenz Danuser 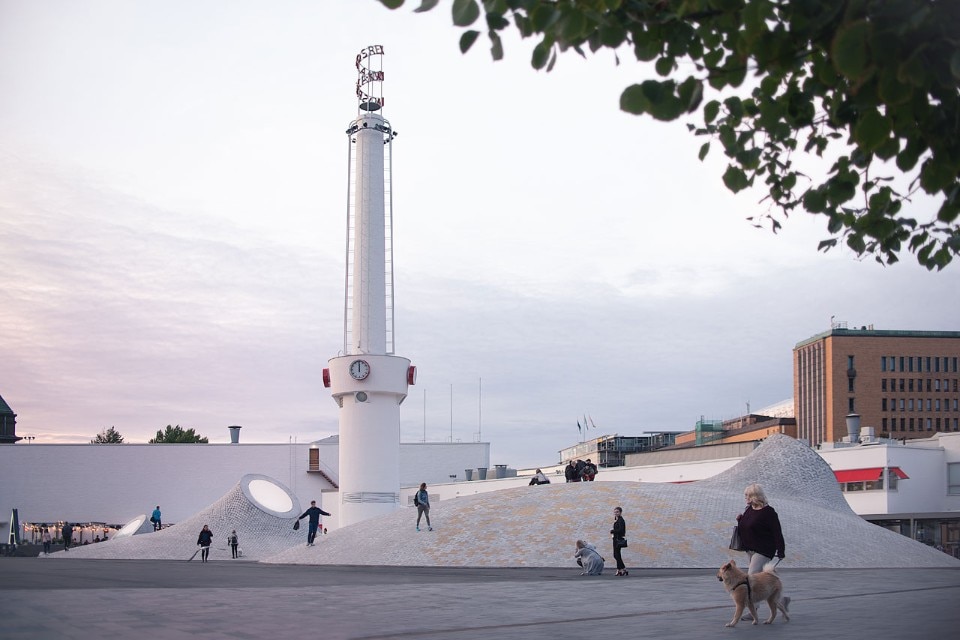 JKMM, Amos Rex museum
After a six-year process that led, in 2016, to the rejection of a divisive
project for a new Guggenheim museum on a key harbour-front site, Helsinki continues to pursue its cultural plan with renewed awareness of its identity. Text by Rita Capezzuto. Photo by Tuomas Uusheimo, Mika Huisman 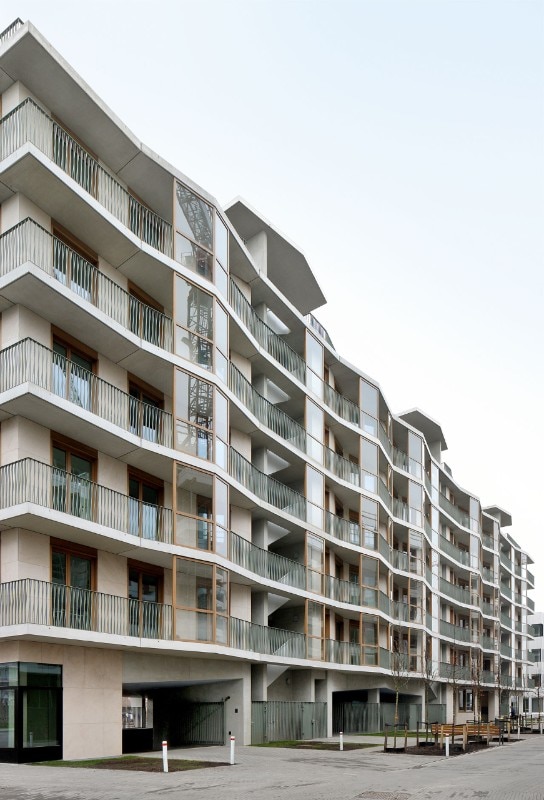 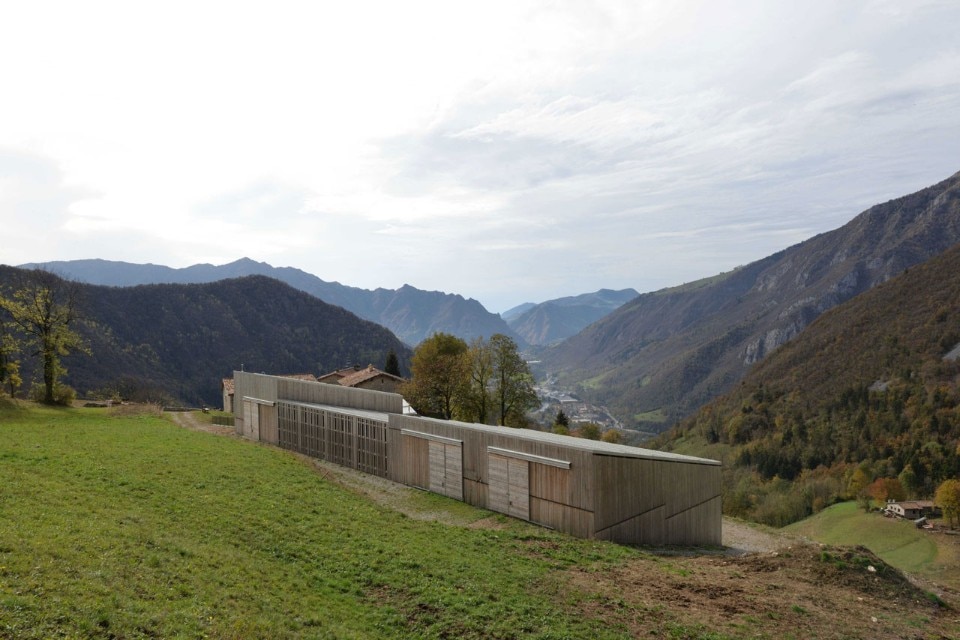 LabF3, Redeveloping Contrada Bricconi
In Val Seriana, a sensitive recovery project brings the past to life in an ancient stone-built village, designing a geography made up of new traces and original
ways of working. Text by Luciano Bolzoni. Photo by Roberto Macagnino 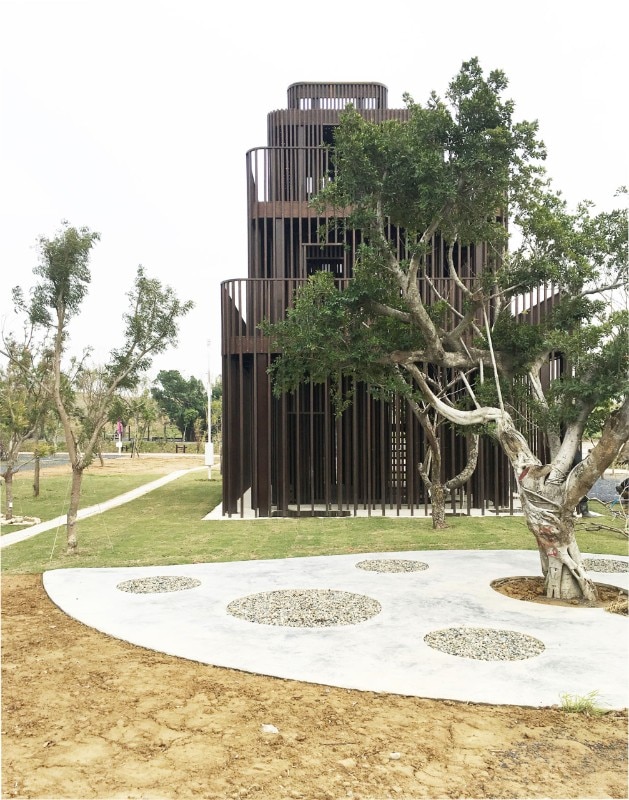 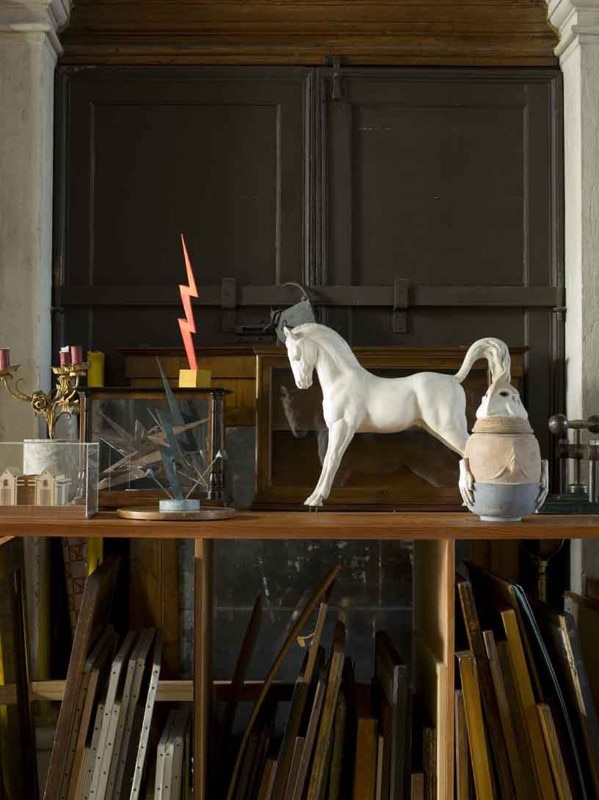 Massimo Scolari. A reply to Michele De Lucchi
Happiness means desiring very strongly what you already possess – above all, the objects that come into your life and will see you weep or rejoice 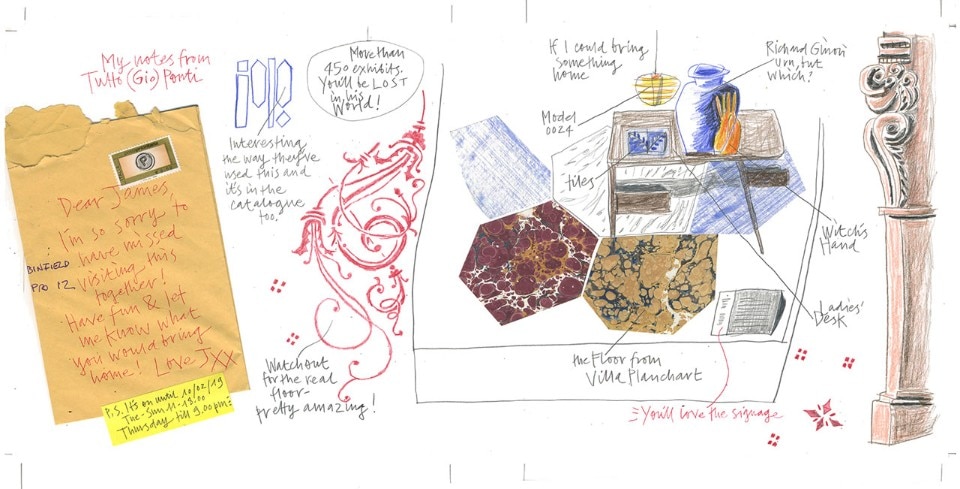 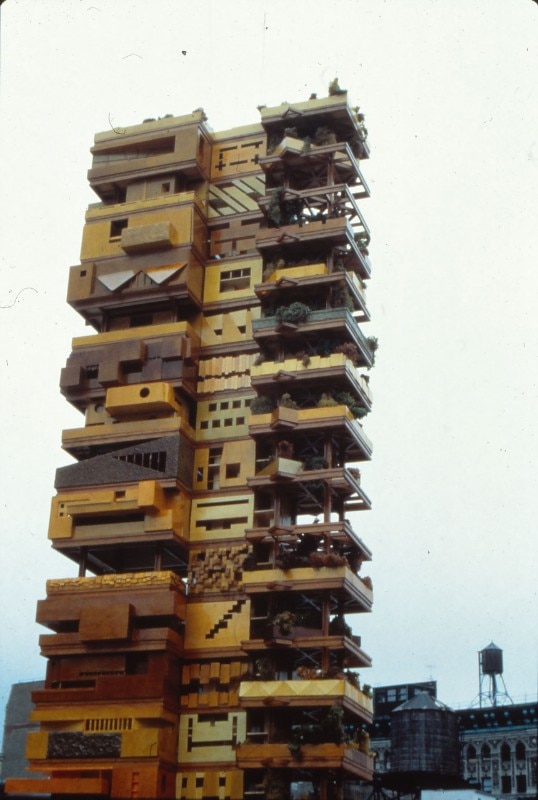 Flaws are important
Is diversity a provocation? Or is it a fact of life to bear in mind and be proud of? The important thing is to recognise that we are all different, and so even imperfections create an idea of alternative beauty that adds human value. Gaetano Pesce in conversation with Michele De Lucchi. Photo by Matteo Piazza 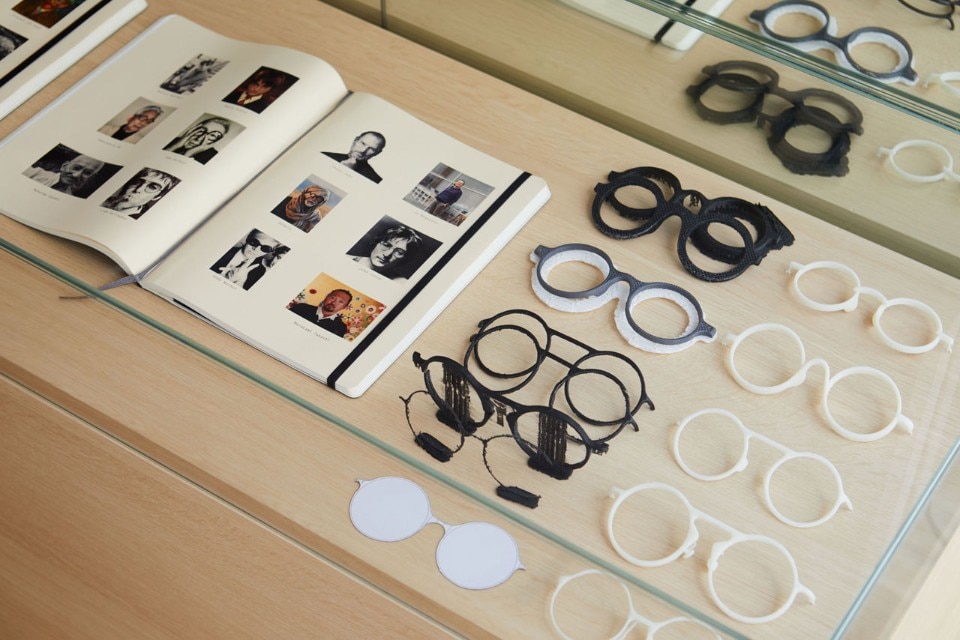 JINS Inc. Glasses create personality
In choosing a pair of glasses we become the designers of ourselves and project the way we are unique. Text by Elena Sommariva 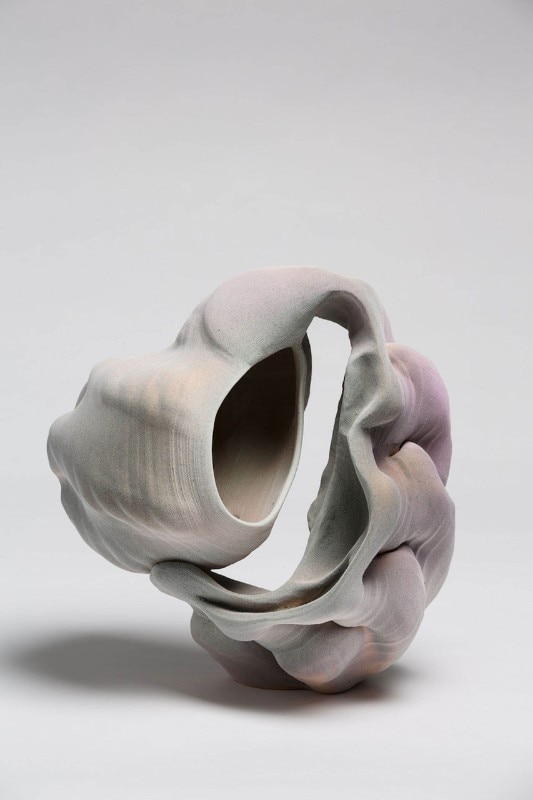 Homo Faber. What is different and precious today?
“Homo Faber” was an event born out of a dialogue between Johann Rupert and Franco Cologni, two entrepreneurs who started working together over 30 years ago. Text by Alberto Cavalli 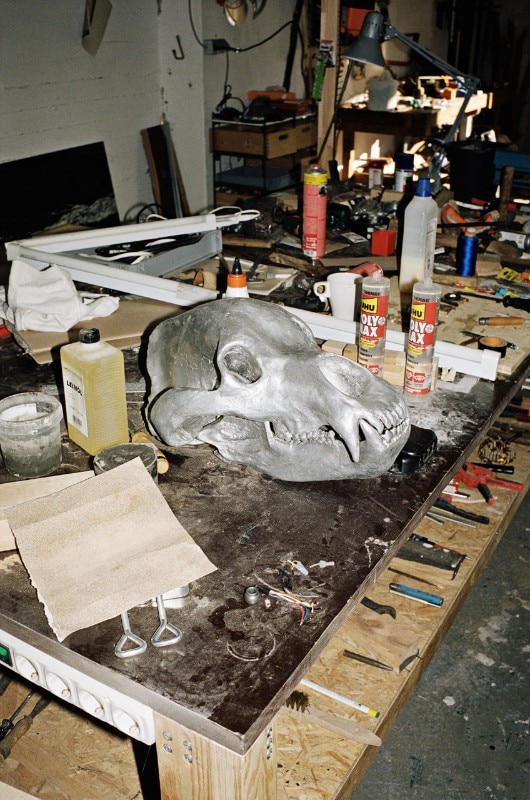 Diverse objects. The humility of Jimmie Durham and his creatures
Like a new St. Francis, the artist, essayist and poet Jimmie Durham embraces poverty and celebrates all creatures. Text Andrea Viliani, photos by
Lukas Wassmann 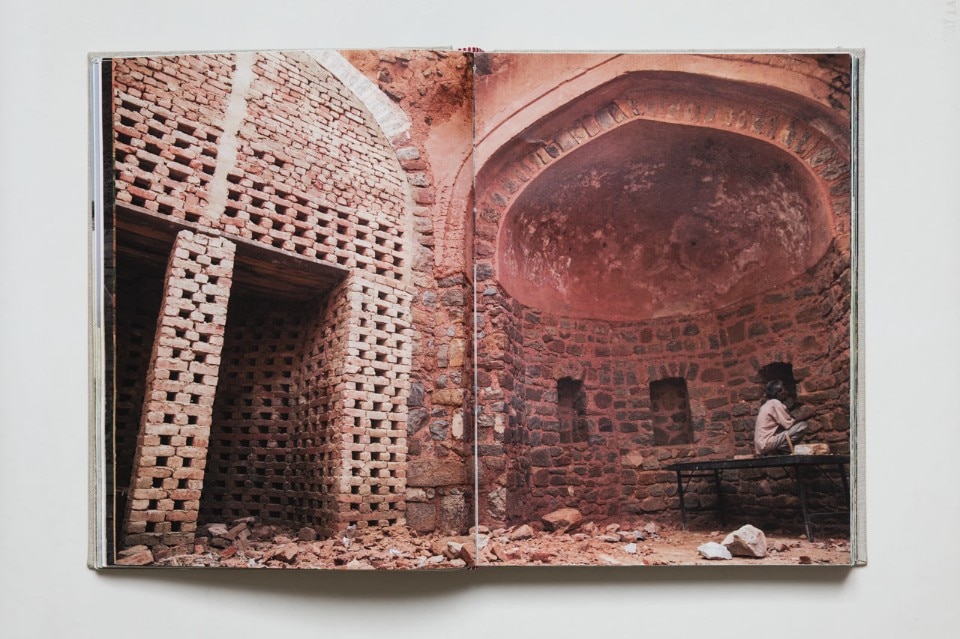 Studio Mumbai. Bijoy Jain’s atlas of emotions
Over time, Bijoy Jain has amassed pictures and ambiences that express his personal concept of design and explore architecture through its construction process. Photo Henrik Blomqvist

Every place of dreams is steeped in stories and legends
Speaking of personalities, Contempt by Jean-Luc Godard constructs impossible narratives, somewhat like the impossible geometries of the Casa Malaparte, where it was filmed. Text by Piero Golia

Toronto. Surveyed in snippets
A city is the totality of everything that – almost without design – lies in the middle, noise and silence included. Text and photos Franco Raggi 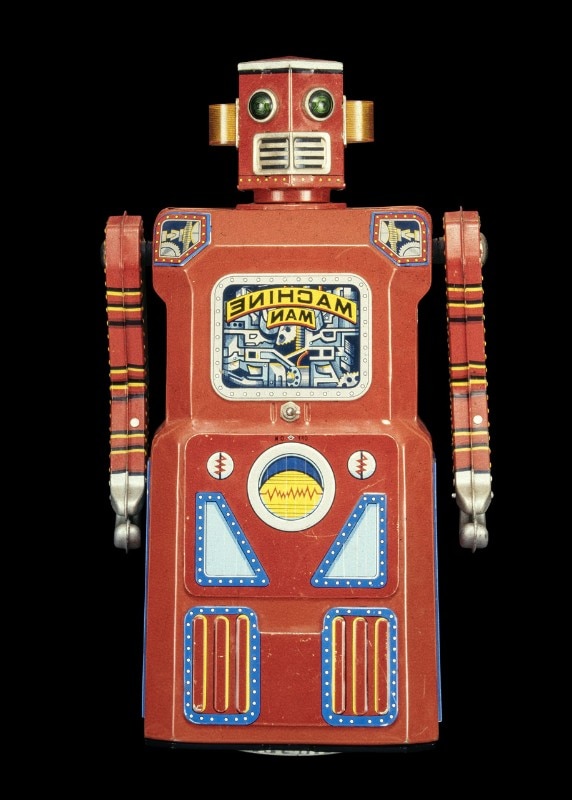 Faith in technology in the age of robots
The exhibition Black Box. A Cabinet of Robotic Curiosities, now part of the
permanent collection at the Vitra Campus, takes us back to an era of technological optimism. Now that we have arrived, are we sure that it is
the goal we needed? Edited by Giulia Guzzini 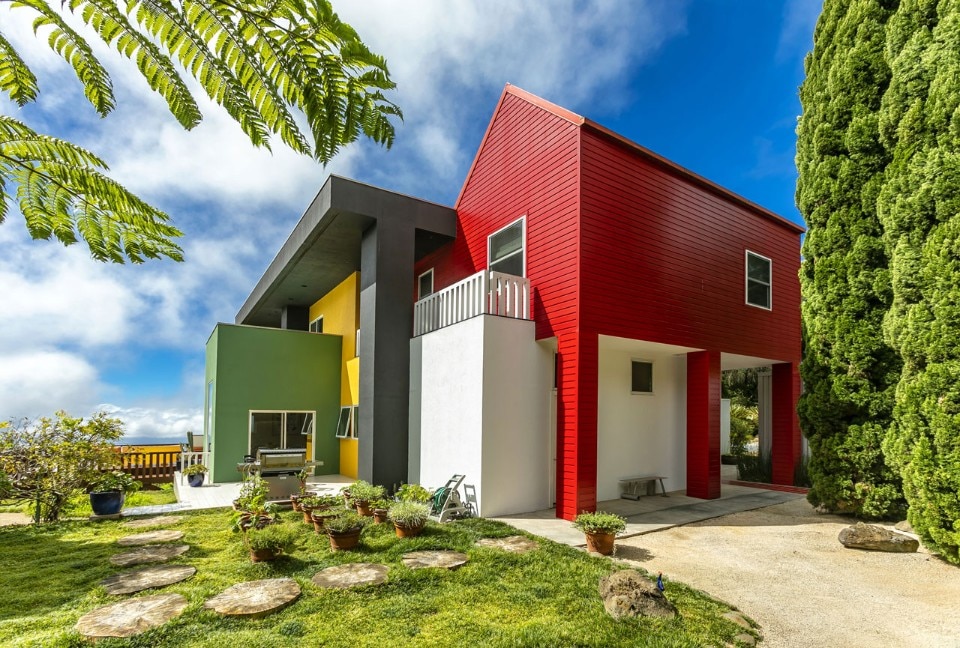 Commissioned by the founders of the jewellery and accessory brand ACME Studio, Casa Olabuenaga in Maui is one of three homes designed by Ettore Sottsass in the United States; he also created the furnishings and surrounding garden.