A selection of interviews published on Domus with protagonists of the world of architecture, design, art and entrepreneurship. 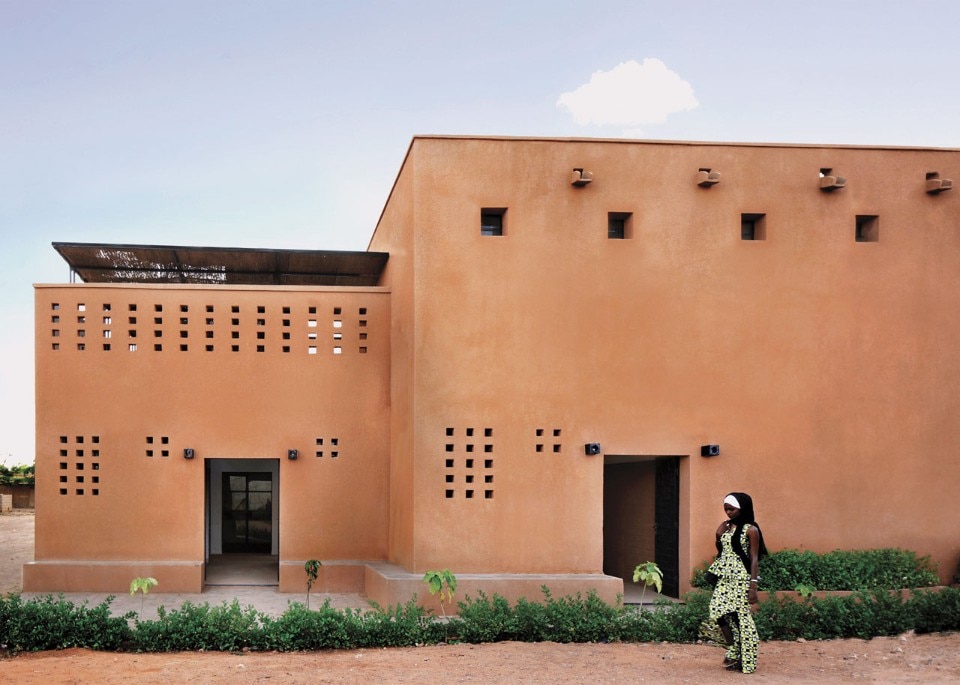 Fern Mallis: “We’re in a place where there’s no script”

The world of fashion and design has come up against some significant challenges within the last few months. Fashion authority Fern Mallis, who - among many other things - created New York Fashion Week and who was the Executive Director for the Council of Fashion Designers of America from 1991 to 2001 and author of the popular series Fashion Icons with Fern Mallis, took some time to chat with Domus about how fashion has responded to the current state of events from Covid-19 to the civil unrest in the United States as well as the importance of the in-person connections that are made during runway fashion shows. Read full interview.

Mariam Kamara: “We are not using the knowledge we have that is centuries old”

Raised in Niger and trained as a software developer, Mariam Kamara opened her architecture studio Atelier Masōmī in 2014. Her projects give a contribution “beyond architecture”, in a socially empowering act that have the power to elevate, dignify and provide a better quality of life. Read full interview.

Marina Abramović: “When so much is taken away from us, we have to look at the things directly in front of us”

During coronavirus times, the inescapable contradictions at the heart of writing about performance art lays in the chiaroscuro between endurance and ephemerality. Especially when referred to the oeuvre of Marina Abramović (1946, Belgrade, Yugoslavia, now Serbia). By this interview, her claim to arts suggests to us that any artwork cannot exist or be complete without the presence of the audience and the desired transfers of energy. Read full interview.

Nina Yashar: “If I had a superpower, it would be teleportation”

Born in Teheran, Nina Yashar moved to Milan in 1963. She opened her first design gallery in 1979, the next step to her family’s business, which sold ancient carpets. Since then, her research, collection and discovery has continued uninterrupted: Nilufar (which in Persian means “lotus flower”) was backed by Nilufar Squat – fragments of exclusive domestic interiors in empty homes – and, two years ago, by Nilufar Depot, a former smithy transformed into a spectacular display venue designed by Massimiliano Locatelli. Read full article here.

“Task for today: think of your favourite place where you used to play when you were about 5 years old.” According to sustainable architect Anna Heringer, this is the first step to design sensibly. Read full article here.

Patricia Viel, from boats to architecture: “A long duration is a guarantee of mutual wisdom”

Together with Antonio Citterio, Patricia Viel leads one the most Milanese and at the same time international architecture firms in Italy. She is used to measuring words – which she nonetheless dispenses with spontaneity and generosity – just as she controls the line and impact of her architectural interventions. Read full article here.

She comes from Denmark and designs among the glaciers of the Arctic Circle. With her buildings full of poetry, architect Dorte Mandrup is today one of the most interesting voices on the international architectural scene, especially on environmental issues. Read full article here.

Anna Zegna: “Aligning ourselves with nature will teach us to pick flowers in winter, too”

But where will I pick flowers when winter comes?” When Holderlin wrote these words, “bourgeois” was an adjective that still had a meaning. It expressed a precise way of being in relationship with others, of matching words with things, of being in the world. If that world, that mindset, that bourgeois style still existed, Anna Zegna would be a textbook example. Read full article here.

Lina Ghotmeh: “Wouldn’t be absurd to build a glass skyscraper in Beirut?”

Lina Ghotmeh was born and raised in Beirut in the aftermath of the Lebanese civil war, in 1980. In the recent years, she firmly established an humanistic approach to architecture, bringing together suggestions from her personal geography: from her studies at the American University, in the heart of Beirut ­­­– with its lavish Mediterranean plants taking over the ruins of the old campus – to the fast-paced urban landscape of London. Read full interview here.

Ellen van Loon: “Life is within the cities”

In this interview, Ellen van Loon, the OMA partner in charge of the project, explains how durability and flexibility of usage are inevitable characteristics of any truly sustainable building. She talks to us about the relationship with Danish Modernism and Dutch Structuralism, as well as the critique of the local tradition of urban planning embodied in Blox. Read full article here.

The coronavirus crisis resparked the debate on Italy’s inland areas, which include the Alps and the Apennines (and the islands as well): it is believed that in the future many people will choose to relocate in order to better deal with possible new health emergencies and the upcoming economic crisis. Among the architects who participate in this debate, however, few of them live all year round in these inland areas, with the exception of Maria Giuseppina Grasso Cannizzo, who moved back to Vittoria, in the province of Ragusa, more than 30 years ago. Read full interview here.

Over the past years, French architect Stéphanie Chaltiel has been experimenting with these flying machines to develop a new construction method involving earth that puts them at the core of the process. We reached out to her to learn more about her research and technique. Read full interview here.

The European Nomadic Biennial (started in 1993), under the direction of Hedwig Fijen, has developed into the fourth largest biennial in the world. Director Hedwig Fijen explains how this pivotal Biennale is evolving and getting ready, less than two months before its late-August opening. Read full interview here.

Irene Fenara: “For three years I have been taking control over surveillance cameras, silently”

For about three years, I have been carrying out a research on images coming from surveillance cameras, which I size silently. These pictures mainly come from private cameras which no-one protected following the standard security codes. Their passwords are always the same and most often very simple, which makes theirs access very easy to anyone who knows how to dial a code: it is often 1234. Read full article here.

Arianna Lelli Mami and Chiara Di Pinto answer our questions on the new Five to Nine daybed for Tacchini, on what makes them happy and what scares them as designers and the authors they admire the most. In searching for an illustrious ancestor, at first glance one may associate the daybed Five to Nine by Studiopepe for Tacchini with the celebrated Tube chair by Joe Colombo, the quintessence of the same typology, minimalized to four simple cylinders in a structure that, in order to cut back on packaging, slide one into the other. Read full interview here.