For three years I have been taking control over surveillance cameras, silently

One of the most talented emerging Italian artist introduces her oeuvre in a luminous interview. Among Fondazione Prada, MAMbo and Kunst Meran. 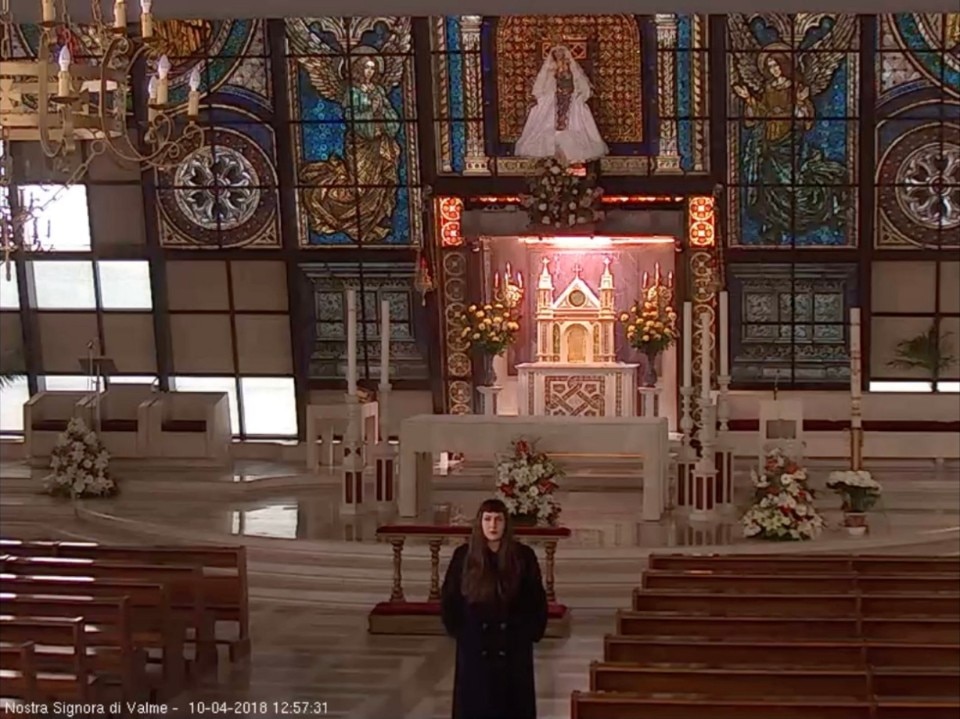 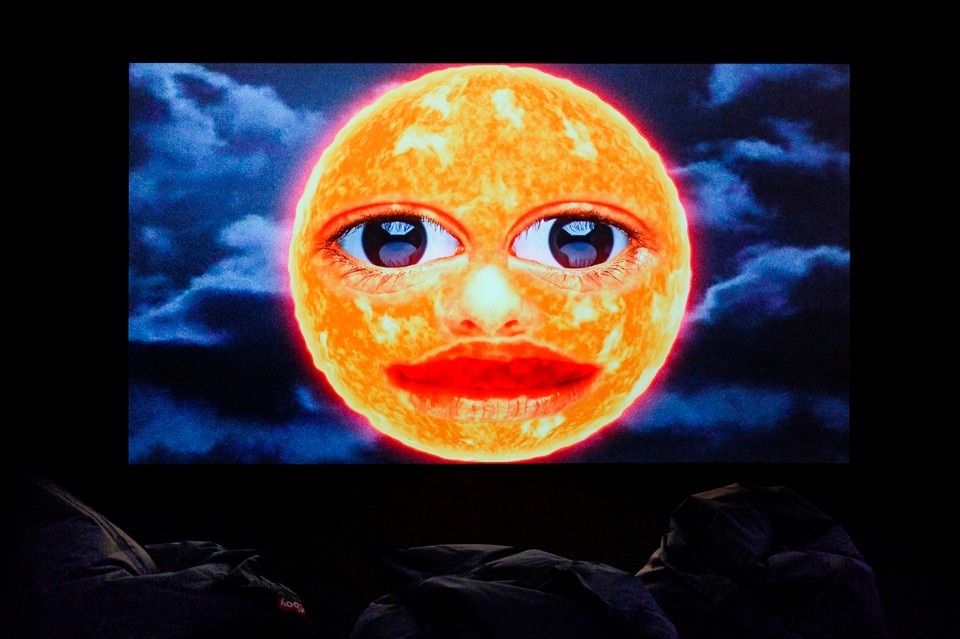 From 21th to 24th February 2019, Distant Eyes will be the title of the exhibition curated by Christiane Rekade at the museum Kunst Meran Merano Arte.

A parcours which will present Irene Fenara (1990, Bologna) as part of the Level0 project promoted by ArtVerona. A format encompassing the involvement of fourteen directors of the main contemporary Italian art museums, in charge of selecting one of the artists attending and exhibiting to the fair, while enhancing their public programs.

The premises of this exhibition was born from the idea of ​​creating a short special opening in a period in which the museum should not be accessible to the public. The museum, in fact, will be closed from January to March for the renewal of the alarm system and video surveillance, exactly in the long moment while the artist will show her face, her identity to embody her special presence.

How the limits among security, surveillance and intromission of cameras are merged into your work?
For about three years, I have been carrying out a research on images coming from surveillance cameras, which I size silently.

These pictures mainly come from private cameras which no-one protected following the standard security codes. Their passwords are always the same and most often very simple, which makes theirs access very easy to anyone who knows how to dial a code: it is often 1234. It is an area not yet legally normed and where there are big regulatory gaps.

The surveillance cameras dominium, in fact, in the alleged Internet of Things, includes all those products that use the web to increase their potential.

One of the problem related to the Internet of Things is the everlasting, reversible relationship in its use, in fact, all the devices that we are firmly using are able to use our identities and our data.

How has your search for errors in perception evolved in time, from Give me Yesterday to Alta Frequenza, to Splendido Isolamento?
Rather than errors, I am truly attracted by the strong limits that the devices we use have imposed, precisely because they are created for specific reasons and uses. When they are forced beyond their obvious functions, it may happen that they are working erroneously. Anyway it is not the involuntary error that concerns me, but how the human will to overcome certain boundaries instead.

Perceptive errors are common distortions which also belong to human eyes, the device assembling rules are able to condition the way we look. From Polaroids to our scanner machines, from action cameras to surveillance cameras, are short-sighted instruments because they reproduce also the innate blindness of the image acquisition.

They are devices that always produce a vision without a glance. They are always even closer to the error limits when they metaphorically march against their own script.

Your work is often presented as a measurement of the distance’s identity, between the objective realm and the first available reality. Are you working on a new work series following such a direction?
The distance from the objectiveness as an identity’s measurement  is certainly a subject that concerns me very much, starting from my first photographic series.

Ho preso le distanze(2017) is a series of Polaroids, exhibited in the opening show Give me Yesterday by Fondazione Prada Osservatorio, where I photographed friends, acquaintances and relatives, taking note of the centimetres that separated the subject from the camera and me, to highlight the way in which a physical distance also could reflect an emotional distance.

We also communicate when we do not speak and our being, our behaviour in space creates meaning, using photography as a tool for measuring space and interpersonal, visceral bonds.

Recently, right inside a recent project,  the same investigation’s involvement has been showcased...

In these images the distance from the lens is very important because it determines the size that the photographs will have during printing. Overturning the look of control and intervening on the point of view is central to this work, as a re-appropriation of the self and of the identity towards the constantly controlled world.

Could you please reveal which kind of series will be featuring the solo show at Kunst Meran Merano Arte in February?
The exhibition will be intruded, inserted during a period of  time when the museum will be unattended and it will be possible, for a few days, to get access to its spaces, delving into the works shielded in the museum. I have mainly selected few video works, just considering and the temporary and unusual nature of the exhibition project.

Struggle for Life is a video of 2016 in which the camera, controlled by a computer at a great distance, allows you to divert your gaze and get lost for short moments in the passage of clouds, then automatically returning to its control functions on the rigid architectures of a farm Danish.

21st Century Bird Watching is a collection of videos that always capture the same portion of the sky and capture the passage of several species that are placed on a surveillance camera. The experience of birdwatching is thus mediated by a stratification of visual technologies and different levels of reading.

MEGAGALATTICO, eventually, is a video installation pervading, conveying the space and taking it over. These are multiple overlapping projections of filming offices, servers and control rooms portrayed in darkness.