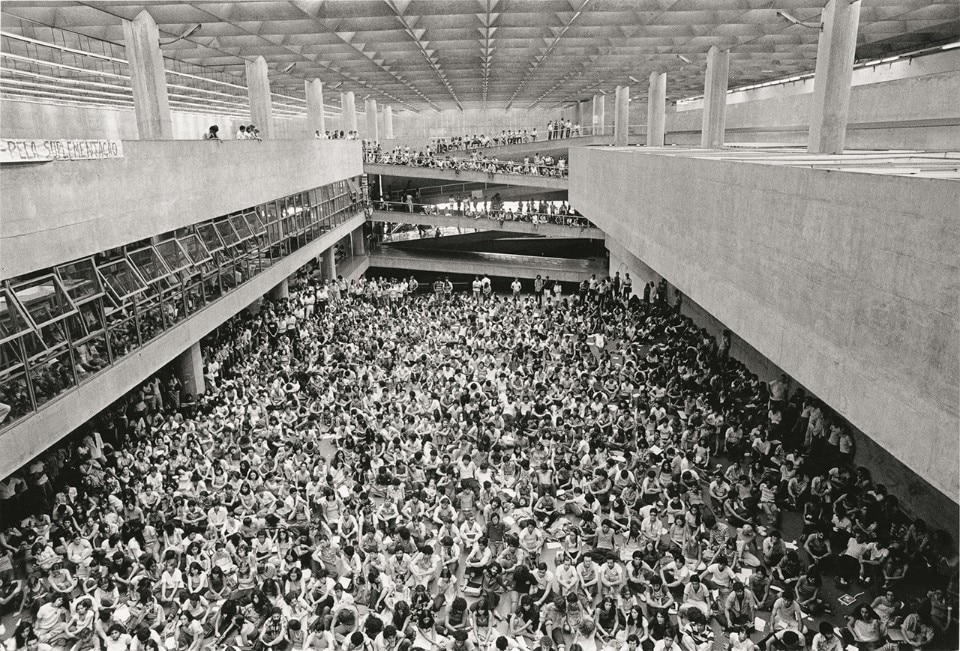 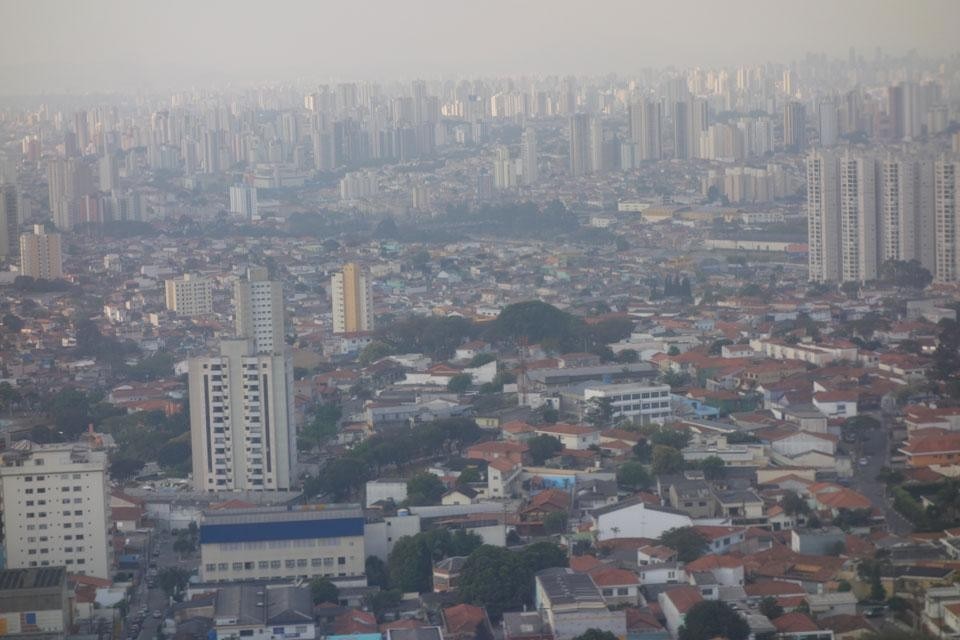 “Infinito Vão: 90 Years of Brazilian Architecture” (1928-2018) is the result of two years of work conducted in Brazil by Casa da Arquitectura. Hosted at a former vinícola (winery) in Matosinhos, Portugal (the birthplace of the architect Álvaro Siza) the exhibition is a bridge crossing the Atlantic Ocean from Brazil to Portugal.

“Infinito Vão” draws from the new collection of Brazilian architecture preserved at Casa da Arquitectura (the Portuguese Centre of Architecture) in Matosinhos. Composed of over 200 donations, the collection counts 103 projects made up of 50,000 elements – drawings, photographs, written documents, movies, models and ceramics. The curators of the are the Brazilian architects and writers Fernando Serapião and Guilherme Wisnik. They conceived the exhibition to appeal to a broad public, in line with the approach of Casa da Arquitectura, a non-profit institute founded in 2007. “Infinito Vão” is a dense, daring selection that does not stop at the big names of Brazilian architecture, which it does include. Its eye is trained on the ability of individual projects to communicate the spirit of their times.

The exhibition in divided into six chronological sections, each linked to a song, and each showing architecture accompanied by the cultural expressions and political climate of the period. In the big space where the display designed by João Mendes Ribeiro is found, the six sections are marked by three blue arches that suspend the exhibit panels up off the ground. This makes for an orderly route laid out in plan like a monumental double T-beam.

Over the past 90 years, Brazilian architects wanting to dominate the vão have proposed ideas for society embedded in their structures

An aerial view of Brasília

The curators Serapião and Wisnik explain the show’s title:
“When you say, ‘I did it in vain,’ it means it didn’t work, and this is the use of the word vão in everyday Portuguese. But in architecture, the idea is the opposite. So the word refers to the transformation of failure into an architectural challenge. In the song Drão, Gilberto Gil says, ‘True love is in vain, It extends into infinity, An immense monolith, Our architecture’. In architecture, you transform ineffectuality into construction, you transform the abyss into solidity.”
Vão also means ‘a void’ and ‘a span’, a structure that expands to connect absence and create a structured empty space by countering gravity. It turns a portion of infinity into a measurable space. Over the past 90 years, Brazilian architects wanting to dominate the vão have proposed ideas for society embedded in their structures. An emblematic case in point are the 70 metres of vão livre that Lina Bo Bardi built for the São Paulo Museum of Art (MASP). “Infinito Vão” shows how Brazilian architecture contributed to giving shape to the country’s cultural identity through the use of space.

The exhibition route starts with the birth of Brazilian modernism in 1928, which illustrates the relation between indigenous culture and a desire for progress. This moment in time was crowned by the 1943 exhibition at the Museum of Modern Art in New York, “Brazil Builds”. In 1951, Lina Bo Bardi writes in her essay Beautiful Child: “The new Brazilian architecture has many flaws: it is young, it hasn’t had much time to stop and reflect, but came into being all of a sudden, as a beautiful child.” (1)

The construction in 1960 of the capital Brasília, an endeavour by the then Brazilian President Juscelino Kubitschek executed to a master plan by Lúcio Costa, is recounted as an almost mythical exploit in the country’s history. The military junta that came to power in 1964 took possession of Brasília, and an extensive period of infrastructure building began. In 1969, the dictatorship removed the right of the architects João Vilanova Artigas and Paulo Mendes da Rocha to work in the public sphere, meaning they were prevented from teaching and designing. When the regime fell in 1985, the fragile democracy enabled work that favoured shared social ideals. These were the years of experimentation by João ‘Lelé’ Filgueiras Lima, and the arrival of postmodernism in a country otherwise “condemned to modernity” as stated in the exhibition (quoting the Brazilian critic Mário Pedrosa).

To speak with the French philosopher Henri Lefebvre, “the right to the city” has been the theme of Brazilian megalopolises from 2001 to now, which includes the 2003–2010 presidency of Luiz Inácio Lula da Silva. The work by architects such as spbr arquitetos, Brazil Arquitectura, Grupo SP and Vigliecca & Associados, contemporary Brazil is narrated in all its complexity as a place where architecture is a tool that gives society meaning, and ties its parts and individuals together by means of space. The exhibition demonstrates the role that architecture has had in the past 90 years as an agent of (trans)formation of spaces in the public and political realm, and illustrates the heterogeneity of its formal results.

Simultaneously at the Casa da Arquitectura, the institut’s director Nuno Sampaio has organised the exhibition “Duas Casa de Paulo Mendes da Rocha”, which shows two houses by this architect: Casa Gerassi (1989) in São Paulo and Casa Quelhas (2017) in Lisbon. It might not be a coincidence that the 90 years taken into consideration by “Infinito Vão” correspond to this Brazilian maestro’s 90th birthday.

Recently, leading up to the Brazilian general elections held in October 2018, many Brazilian architects grouped together for the campaign “Arquitetxs pela Democracia”. Using a YouTube channel, the movement collected criticism by the country’ architects against the far-right president-elect of Brazil, Jair Bolsonaro, who won the elections on 28 October. The architects include Paulo Mendes da Rocha, Angelo Bucci, Marcio Kogan, Carla Juaçaba and Guilherme Wisnik, the co-curator of  “Infinito Vão”. This suggests clearly that Brazilian architecture has no intentions of stepping down from its active political role in the debate on the built environment and the city, which they consider collective construction.

In the last lines of her essay Beautiful Child, Bo Bardi writes, “Brazilian architecture was born a beautiful child. We may not know why, but we must nevertheless go on raising it, caring for it, nurturing it, following its development. We have witnessed the miracle of its birth, but now its direction – the continuation of its life, the unfolding of a coherent purpose – will depend on our strength of will, on our readiness to take up the struggle, on our resolve. This is what needs reaffirming.” (2)