Supersalone will be the name of the special event of the Salone del Mobile.Milano, at the Fiera di Rho from 5 to 10 September. New features include opening to the public, a digital platform for buying furniture and a flexible wall instead of stands. 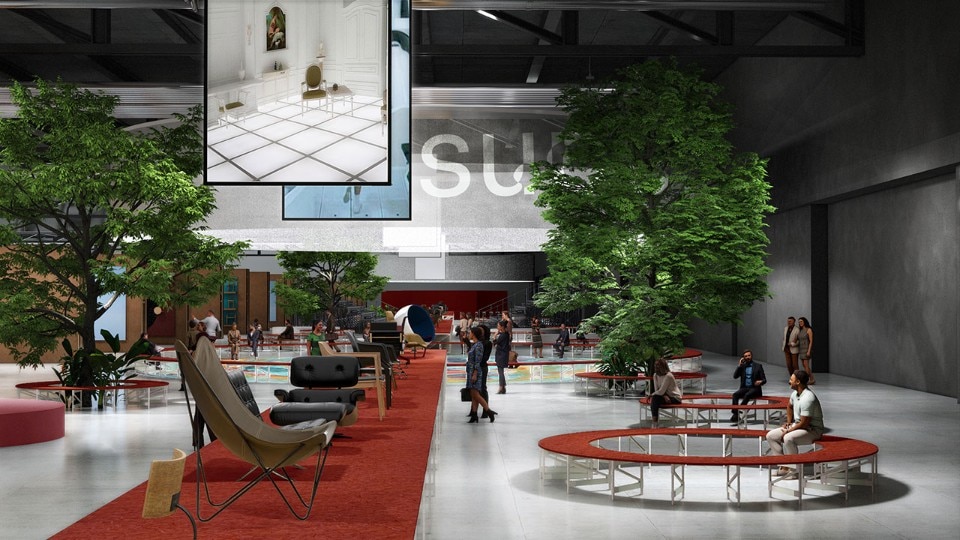 A month ago it was described, not without some scepticism, as “light”. However, not only will the September edition be held, it will also be “super”. This morning Stefano Boeri, curator of the event, presented his “Supersalone”, the special 2021 event of the Salone del Mobile.Milano, the 59th edition, the first post-pandemic after two missed appointments (April 2020 and April 2021), which anticipates by just seven months the 60th edition of the Salone scheduled for next April. It will be the first major international public event for the city of Milan.

New dates – from 5 to 10 September 2021 – and, above all, a new format that, as Boeri explains, “takes up the DNA of the Salone with the great challenge of opening up to the public and looking back to the trade fairs of the post-war period, when families came from all over Italy, an extraordinary experience that gave the country an enviable international position.”

In terms of new features, the first and most important will be the analogue-digital mix of an event that has already been defined as “phygital”. On 30 June, a digital platform will make its debut, a first take for the Salone, which will highlight the design on show. The products, physically present in the Rho halls, will be linked by a QR code to a digital catalogue and will be bookable online. The exhibition design has also been reformulated: no longer by stand, but through an “intelligent, flexible and equipped” wall, where companies will have their own space and identity, but also coexist.

Its creator, Andrea Caputo, defines it as “a long vector surface, a crossing infrastructure that changes the rules of the game.” Between wall and wall, a series of common areas – designed by Giorgio Donà, director of Stefano Boeri Interiors – is conceived as a collective space at the service of companies. A “small city”, Boeri defines it, with a part dedicated to schools with the “Lost graduation show” curated by Anniina Koivu, while a series of encounters (including lectures by the great masters, thematic talks and conversations dedicated to companies, all curated by Maria Cristina Didero) complete the cultural offer.

There will be an exhibition dedicated to the Compasso d'Oro and plans are afoot to propose a mini SaloneSatellite, curated by Marva Griffin and, as always, dedicated to young designers. At the end of the event, it is also planned that all the set-up materials can be dismantled and reused, an aspect taken care of by Lukas Wegwerth. The graphic design and coordinated image was entrusted to Studio Folder – Elisa Pasqual and Marco Ferrari.

The link with the Triennale, of which Stefano Boeri is president, will be close. The Triennale will be the city’s international hub of the Supersalone, the gateway to the city, but with a purely cultural offering separate from the trade fair offer. And the Fuorisalone? “The relationship between Salone and Fuorisalone is a unique feature of Milan,” continues Boeri, "We must not lose this uniqueness and synchronicity of an event that has a commercial profile, in this case also open to the public, and also has the presence of a city that opens up and becomes a meeting place, a place for trade and cultural events. No other city in the world has this.”

Read also: Stefano Boeri will be the Salone 2021 curator

The exhibition halls involved will be a considerable number, though not all. Priority will be given to those close to the metro entrance. Hundreds of trees, donated by companies, will be planted around the Fiera area. “Those who leave the metro will find themselves in a forest,” Boeri explains.

There are many new features, and many have still to be defined: for example, discussions are underway on how to organise live events, on access, and on the presentation (on 3 June) to companies, whose adhesion will be the real litmus test of the project.

The ideas on the table, the collective effort, the choice of an Italian curator with an international profile, who in turn involved a young team with different backgrounds, open up a new path. If nothing else, they are an indication of a clear change of direction for an institution such as the Salone which, while continuing (or perhaps because of it) to organise the most important world event in the sector, was struggling to renew itself and to take on the global challenges (the digital one above all) that our times impose.