“The future of the city is an instant future. A shrinking timeline separates us from a science-fiction future: we’re deciding now what the city will be like in 50 years’ time” (Stefano Boeri, 2018). 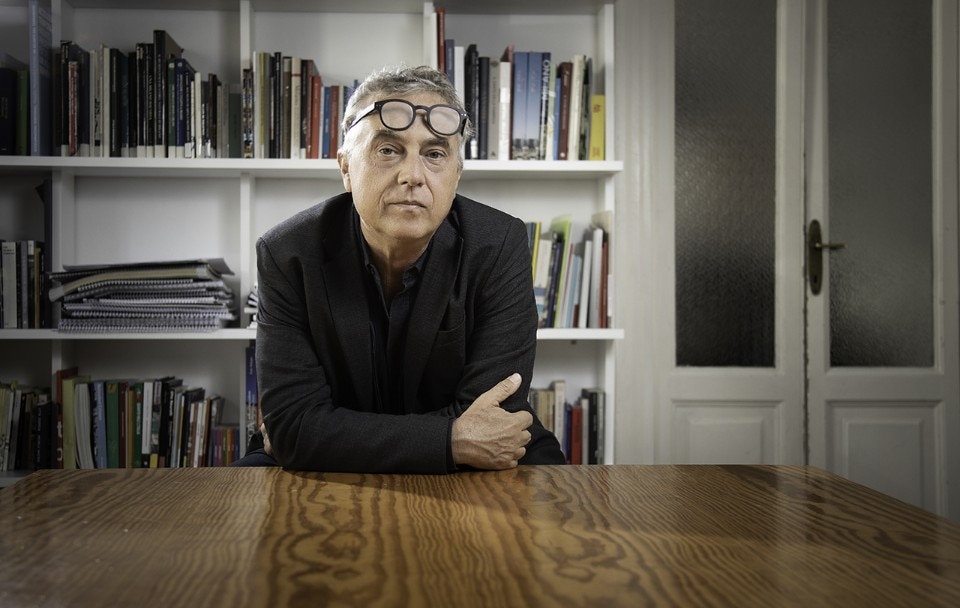 Stefano Boeri (Milan, 1956) ranks among the most well-known and multifaceted designers of the contemporary Italian scene, and he is also widely acknowledged as a global star architect. Throughout his career, Boeri has engaged in a constant expansion of the scope of his profession. He has therefore worked as an architect, an urban designer and a planner, a scholar and a theoretician of architecture, a curator and a communicator, as well as a politician.

He is trained at the Politecnico di Milano, where he graduates in Architecture in 1980, and later at the IUAV in Venice, where he obtains his PhD in Territorial Planning in 1989. In the 1990s Boeri mostly works in the field of the analysis and planning of large-scale territories. In 1993 he founds Multiplicity, a research group which is a forerunner of a then ongoing process of renovation of the urban discipline’s perspective on the built environment.

Read also: A video interview with Stefano Boeri, the artistic director of Milan Arch Week. "This event gets buildings and designers talking about events in the lives of us all”.

The international echo of Multiplicity’s researches is testified by the group’s collaboration to Mutations, the exhibition curated by Rem Koolhaas and the Harvard Project on the City at Bordeaux’s Arc-en-rêve, in 2001. Boeri and Koolhaas share the same interest for the unstable and evolving conditions of the contemporary city, but also a similar approach to design at all scales, both multidisciplinary and anti-ideological. These two elements will remain a constant in both their careers.

By the end of the 1990 Boeri also establishes himself as an authoritative figure at the local scale of Milan, the city where he lives and works. In 1996 he co-authors with Arturo Lanzani and Edoardo Marini the seminal volume Il territorio che cambia. Ambienti, paesaggi e immagini della regione milanese. This is one of the first reflections on Lombardy’s metropolis which accepts to analyse and design also its sprawl, the non-consolidated suburbs that a wide part of the city’s culture had refused to handle until then.

Read also: Matera Centrale is the new train station by Stefano Boeri Architetti, designed as a meeting place and stopover for the European Capital of Culture 2019.

Precisely in Milan he founds Boeri Studio, in 1999, with Gianandrea Barreca and Giovanni La Varra, and later Stefano Boeri Architetti, in 2008. Over the new century’s first two decades, Boeri participates in the major transformations of European cities, for instance in Marseille, where he builds the Villa Méditérranée, an amphibious cultural center inaugurated in 2013. He also crosses some crucial events of world politics, above all the G8 in 2008. The meeting was originally planned to take place at La Maddalena’s former arsenal, converted on that occasion into a multifunctional center. Furthermore, he contributes to the management of some tragic events, such as in 2016, when he is a leading figure of the post-earthquake reconstruction of Norcia and Amatrice.

In Milan he designs, among other things, the new RCS Headquarters in Crescenzago (2003-2011), the Incubator for art in the Porta Nuova neighborhood (2007-2011), the extension of the Policlinico hospital (since 2008). More importantly, he draws the masterplan of the Expo 2015 site, the most relevant international event held in the city in the years 2010, and he builds that decade’s most iconic building, the Vertical Forest.

In Boeri’s words, the latter is “the prototype building for a new format of architectural biodiversity, which focuses not only on human beings but also on the relationship between humans and other living species”. The first Vertical Forest is comprised of two residential towers, 80 and 112 meters high respectively. Their large protruding balconies host a lush vegetation, also including mid-sized trees. In 2015 the Vertical Forest is awarded as the best tall building in the world by the Council for Tall Buildings and Urban Habitat at Chicago’s IIT.

As a prototype, the Vertical Forest is replicated in different contexts, from Nanjing to Tirana, from Cairo to Huanggang. More generally, Boeri appropriates and systematically promotes a wider, topical narrative, stressing the prominent role of the vegetal element in contemporary architectural and urban designs. This is witnessed by several of his latest urban visions, including the proposal for Cancún’s Smart Forest City, the project for San Marino 2030 “A garden for Europe” (since 2016), and the masterplan for Tirana Riverside (2020).

Read also: Past Present Future is a series of interviews by Gianpiero Venturini from Itinerant Office. Stefano Boeri is the eleventh (and last) of the architects to be interviewed.

While restlessly advocating for this global discourse, Boeri remains a leading animator of the Milanese cultural scene, starting from different platforms. He directs two of the city’s most important architectural magazines: Domus, from 2004 to 2007, and Abitare, from 2007 to 2011. Between 2011 and 2013 he is the city’s Councilor of culture, as part of Giuliano Pisapia’s administration. He is Full professor of Urban Design at the local Politecnico. To conclude, since 2018 he is the President of the Foundation La Triennale di Milano. Bookcity, Pianocity, Mi/Arch and Milano Arch Week are just some of the events conceived by Boeri in his own city, where he is today (2020) the most active and pro-active figure in the field of architecture and urbanism.

In the words of Dario Trabucco:

The Bosco Verticale by Stefano Boeri has succeeded in transforming what has for decades been a simple ‘fantasy’ of computer renderers into one of the most interesting property complexes in the world. The critics of these two buildings may be many but their innovative character has to be acknowledged: the changing appearance (form, color) of the towers that alter with the seasons, the biodiversity favored by a real and actual habitat at the same time natural and artificial, the positive island effect of urban heath, the acoustics of the street, just to mention a few