Along the road leading to the White House, the Muriel Bowser syndicate of the U.S. city commissioned the construction of a mural that paints the asphalt for the length of two blocks. 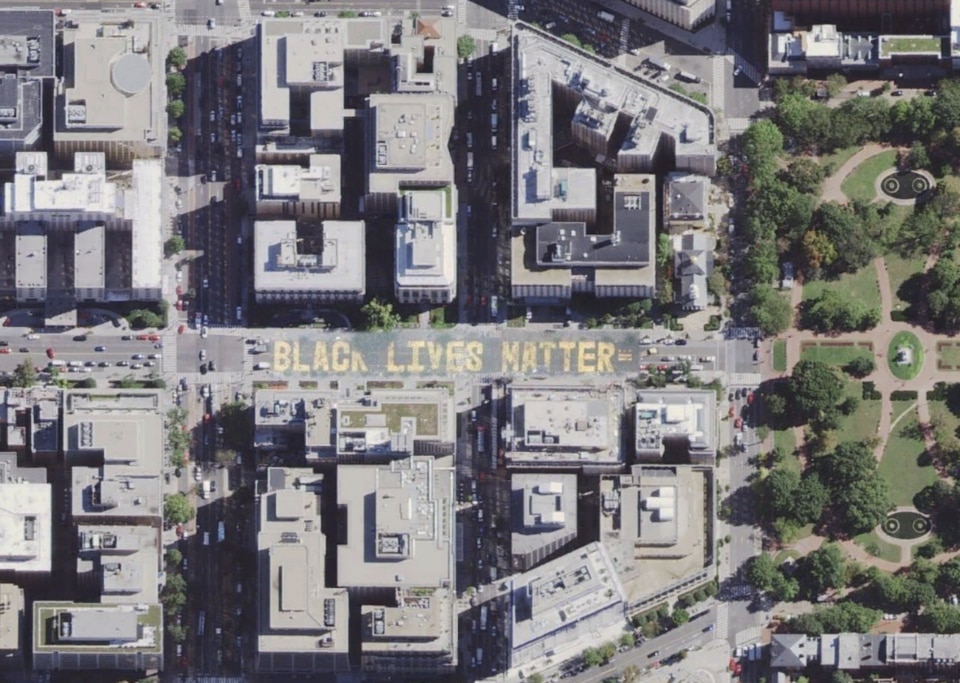 While protests for the Black Lives Metter continue across the United States and beyond, Washington D.C. Mayor Muriel Bowser decided to join the wave of the movement by commissioning the creation of a mural on the asphalt of the city’s 16st Street, a stone's throw from the White House.

“Maxar collected this high-res image of today’s protests in Wash, D.C., calling attention to the long history of racial injustice in our nation. We’re guided by our values & driven by a core belief that Earth Intelligence brings transparency for a better world.” D. Jablonsky, CEO pic.twitter.com/LefEQlNPKC