“Each building should exist as a unique metaphysical experience. Discussions are mostly about the tension between ‘general’ and ‘specific’ design solutions, between what could be repeated and what is unique.” 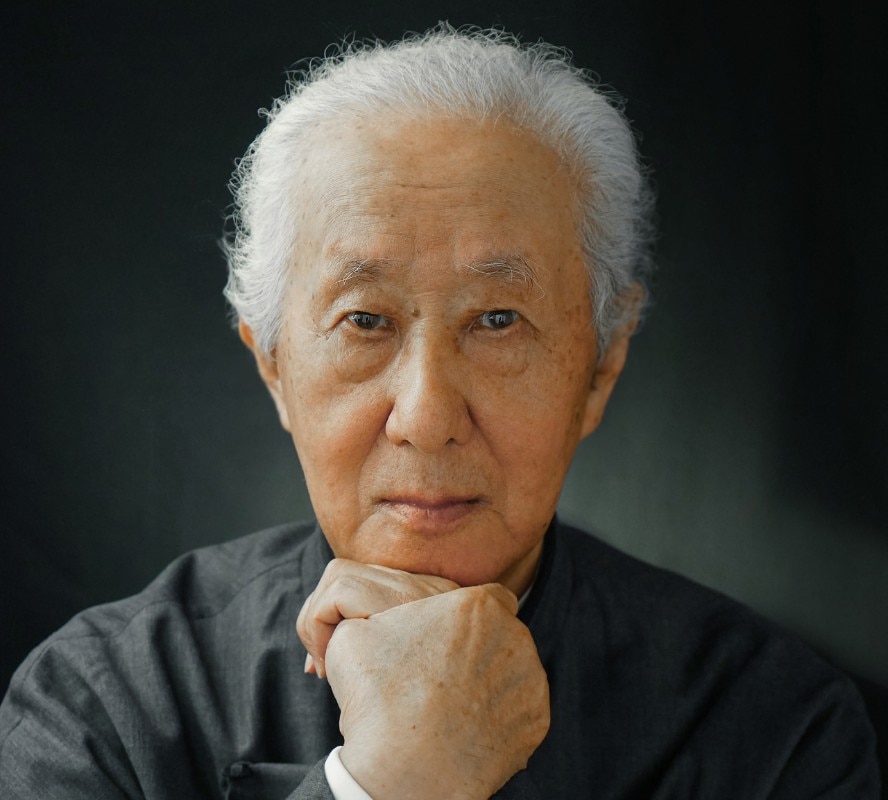 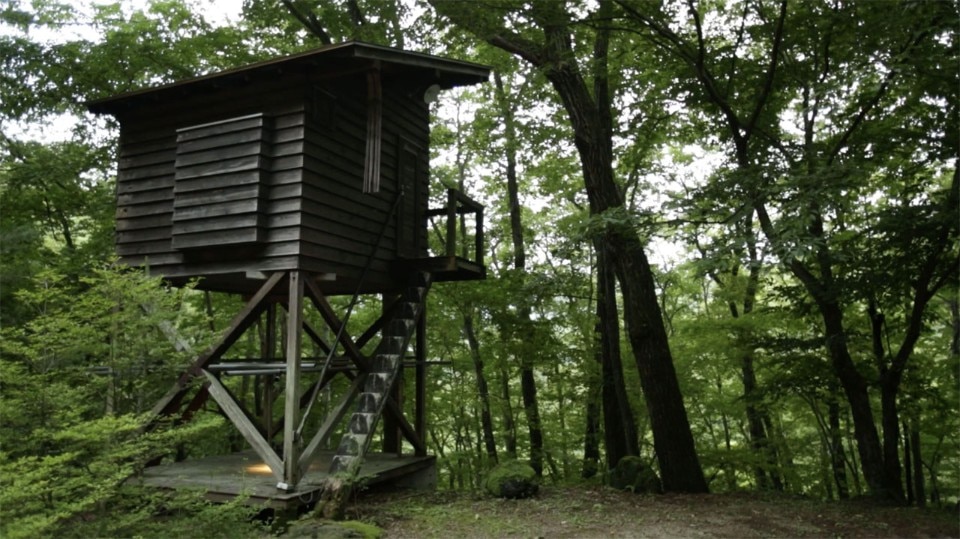 The winner of 2019 Pritzker Architecture Prize, usually listed in the archistar team, Arata Isozaki has developed his 60-year-long career across the most crucial seasons of both Japanese and global architectural culture, from Metabolist to Brutalism, from Postmodern to High Tech and Parametric architecture.
Born in Oita, on the Kyūshū island, in 1931, after graduating from Tokyo University Isozaki worked with Kenzo Tange and URTEC studio from 1954 to 1963: in those years, he took part to the conception of Tokyo 1960 plan, the iconic megastructure that should have been stretching across the Tokyo bay and would become the symbol of Metabolist age. Isozaki would soon distance himself from this wave, starting from the opening of his own practice, Arata Isozaki Atelier, in 1963 (today Arata Isozaki & Associates), to explore different formal discourses such as brutalism or — later — pure geometric shapes, laying the foundation of what Kenneth Frampton defined as Japanese New Wave, expressed in Isozaki’s first solo work, the Fukuoka Mutual Bank in Oita (1966).

After the cultural disaster of Japan 68 and the failure of Expo 70, I felt that the time had come to trace every formal gesture back to its roots.

Isozaki positioned himself as both “a critic intellectual and an architect of public buildings” (Frampton, 2000), and soon extended this positioning to an international scale, since his participation to the 14th Milan Triennale in 1968, with the Electric Labyrinth, an experiential installation dedicated to the Hiroshima tragedy. The multiplicity of influences connected to such international opening would then affect other similar cross-typological and cross-scale projects such as the robot for the Festival Plaza at the Osaka 70 Expo. Isozaki would achieve a first synthesis of his critical trajectory with the Gunma Prefectural Museum (1971-74), a structure based on a 12-meter cubic module, where the Japanese mysticism of shadows is combined with a formal research that proves aware of contemporary discourse and upcoming trends.

It is impossible to reduce architecture to the status of sculpture, since buildings have to fulfil precise functional requirements. Nonetheless, whatever chance to introduce sculptural features, while still avoiding formalism, constitutes an interesting experience.

Arata Isozaki, detail from the Electric Labyrinth at the 14th Triennale, Milan, 1968.

Arata Isozaki, The Palladium, New York, 1985. Works by Keith Haring e Jean-Michel Basquiat on the dancefloor and in the bar. in Domus 666, November 1985

The eastern and western facades of the buildings are reflected in the artificial pools, in which the water level is kept constant. According to Isozaki, the genesis of this scheme is due to an early helicopter flight over the site. The ground beloe, covered with vegetation, looked like an ocean to him, and he conceived the image of a ship-shaped structure

One of the three totem pavilions designed by Arata Isozaki for his friend Jerry Sohn in the Mojave desert. Photo: Iwan Baan

Arata Isozaki, detail from the Electric Labyrinth at the 14th Triennale, Milan, 1968.

Arata Isozaki, The Palladium, New York, 1985. Works by Keith Haring e Jean-Michel Basquiat on the dancefloor and in the bar. in Domus 666, November 1985

The eastern and western facades of the buildings are reflected in the artificial pools, in which the water level is kept constant. According to Isozaki, the genesis of this scheme is due to an early helicopter flight over the site. The ground beloe, covered with vegetation, looked like an ocean to him, and he conceived the image of a ship-shaped structure

One of the three totem pavilions designed by Arata Isozaki for his friend Jerry Sohn in the Mojave desert. Photo: Iwan Baan

Such reflection is expanded with the Fujimi County Clubhouse (1973-74), the Kitakyushu Central Library (1973-74) and the Kitakyushu City Museum of Art (1972-74), by integrating elements from European classical architecture as well as an attention to what C.N. Ledoux had called architecture parlante (Frampton, 2000).

In Paris I had come across the collected works of Ledoux in a bookshop opposite the École des Beaux-Arts. It cost almost my entire travel budget. However I was so excited —it was probably the first really important book for me— that I bought it. This was a purely European architecture, without any reference to Tange’s works, to the Japanese building tradition or to anything else built and said in ’64. It was something completely different, more significant.

In the Tsukuba Center Building (1979-83), Isozaki would then bring such discourse to the extreme, crossing the line and breaking into the realm of citationism by assembling references to Michelangelo, Fischer von Erlach, Ledoux with existing ruins: it was the climax in a process of the widest opening to different languages and architectural reference systems, which can be defined as a wide eclecticism, fully rooted in the postmodernist wave, that would be expressed and investigated through a large variety of formal choices, typologies, clients and disciplinary fields.

Through the 80s, Isozaki would in fact appear between the authors of the Strada Novissima at the 1980 Venice Biennale, the jury members of the newborn Aga Khan Prize, and the co-founders of legendary furniture brand Memphis with Ettore Sottsass; he would as well design the Palladium club in New York (1985) — the clients being Steve Rubell and  Ian Schrager, former co-founders of Studio 54 — and the MOCA Museum of Contemporary Art in Los Angeles (1981-86), where pure shapes would once more melt with classical and technological echoes at the same time. Isozaki would alternate such different design backgrounds in several buildings form the following years, seeking a more defined distinction from project to project: the geometries of the Art Tower Mito (1986-90) can be considered as an example, notably in a comparison with the Nagi Museum of Contemporary Art (1994), or the playful, fully “Disney-esque” colorful plasticity of the Team Disney Building in Orlando (Florida, 1991).

I’m currently concerned with the incalculable limits of architectural concepts, the relationship between my writings and my buildings. Every new building should be founded on an altogether specific idea or strategy, which has either not yet been built or so far not been accepted by the public.

A prolific essayist and theoretician in addition to his design practice, Isozaki by those years had become with full rights a member of the archistar constellation, and in 1996 he received the Golden Lion at the Venice Architecture Biennale, after having received the RIBA Gold Medal  in 1985. His activity during the 90s would furtherly expand its scale in terms of both design ( at the urban scale, he had already promoted the Kumamoto Artpolis program, started in 1988, and the Nexus World project in Fukuoka, 1988-91) and market typologies: he developed several projects in China (Shenzhen Cultural Center,1998- ; Zendai Himalayas Center, Shanghai, 2003-)  and in Europe, as the Manggha Center of Japanese Art and Technology in Kraków (1990-94), retracing his research trajectory through a return towards pure platonic geometries, and a later opening to the legacy of high-tech and parametric architecture.

During this phase, a relevant role was played by the creation of an Italian branch to his studio, Arata Isozaki & Andrea Maffei Associati, started with Andrea Maffei in 2005. In Italy, Isozaki has realized public buildings such as the Hockey Arena for the Winter Olympic games in Turin (2003-06) and conceived several design proposals such as the high speed trains underground station in Florence (2002) and the Central Station in Bologna (2008, competition winner, partially realized) and the new entrance canopy for the Uffizi galleries in Florence, which is now getting close to realization after a 20-year-long debate. On eof the most recent realizations by Isozaki is the Allianz Tower, a part of the CityLife urban redevelopment project in Milan (2004-15).