With its 242 meters high, the new star of the Milanese skyline – designed by Arata Isozaki and Andrea Maffei in the former Trade Fair district – is a sequence of elegant rounded profiles of extra-clear glass, which seems to vibrate as it climbs toward the sky. 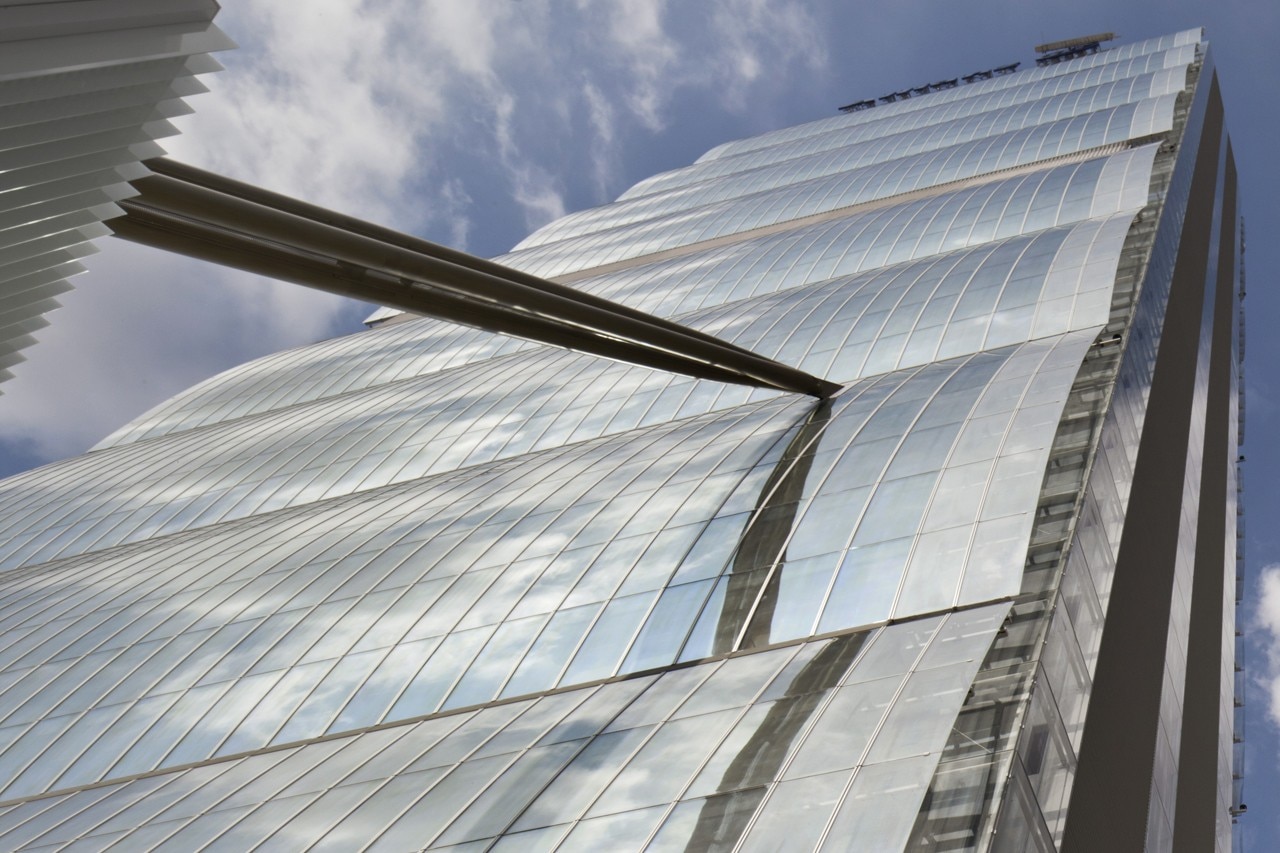 “Milan is the city that best represents the international face of Italy, comparable to London, Frankfurt, Paris.
Unlike many historical Italian cities, Milan is more related to its development in the nineteenth and twentieth century, to be more precise after the industrial revolution. In this sense, design in Milan is compared with the more contemporary face of Italy, made up of factories, subways, concrete and steel and not so much of particular historical preseces. (...) It was not a particularly important relationship with the large existing masterpieces, but rather a reflection on the themes of the contemporary city.” explains Andrea Maffei, who designed the Allianz Tower toghether with Arata Isozaki.

“Due to the size of the area we decided to re-interpret the complexity of the city through many architects who brought the idea of buildings with different shapes and materials. In any street in Milan there are buildings from different periods and with different architectural features. From this belongs the life of a city, in the dynamic tension between the works of later periods in an archipelago of images and colors.

In our archipelago forms, we found interesting to develop the idea of ​​a skyscraper without a limit, a kind of endless tower. Now we find skyscrapers of any shape and decoration in all parts of the world. Starting from this study, we looked to a fascinating concept to be applied to high-rise buildings, instead of studying only a shape of an aesthetic beauty. (...)

The module we chose is composed by 6 office floors with a long thin plan of 24x61.5m. The choice of these proportions is finalised  to make the whole volume thinner to emphasize the verticality and makes it structurally provocative, due to the slender shape so high.

The facade of the module is composed by a triple glass unit slightly curved to outside. The vertical succession of rounded forms create a feeling of slight vibration of the volume of the building as it rises upward. Elevations of the short sides are fully glazed and show the mechanical series of panoramic lifts going up and down to the various floors of the building.

The idea of ​​endless tower can be compared to previous ambitions of other artists as Constantin Brancusi, for example, who in 1937–38 installed one of his endless column of Targu-Jiu in the park to create repeatable systems indefinitely. When asked about the reasons for this idea, Brancusi replied: ‘We need to support the vault of heaven.’”