In Genoa, Villa Croce reopens with a reflection on the art of longevity

The first exhibition curated by the new director Carlo Antonelli with Anna Daneri sets a new course for the museum, one centred on Liguria and its revival. 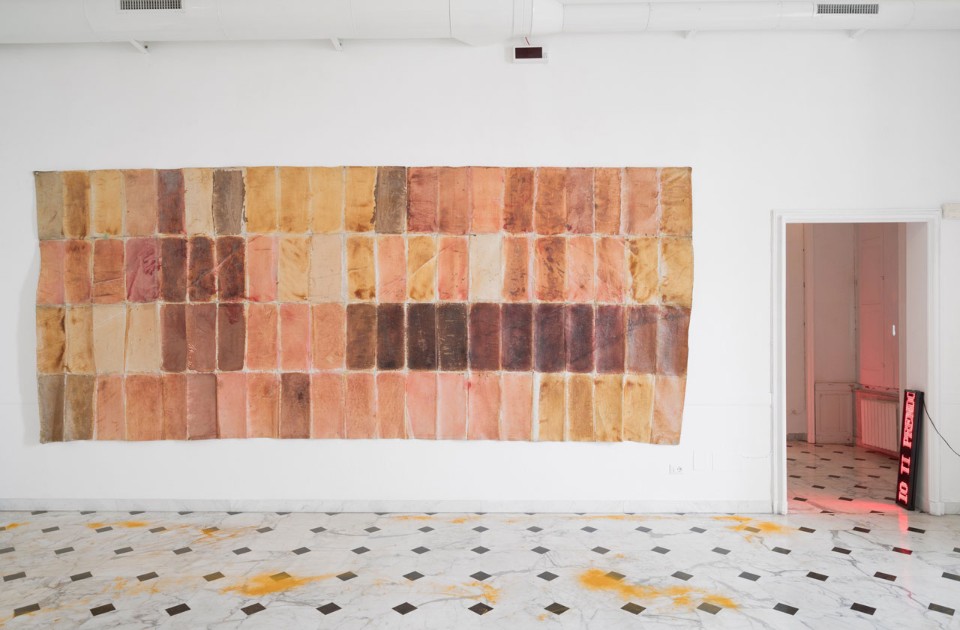 “Vita, Morte, Miracoli. L’arte della Longevità” (“Life, death and miracles: The art of longevity”): the title of this exhibition – on at the Museo di Villa Croce in Genoa and the first under the direction of Carlo Antonelli and the curatorship of Anna Daneri – is bold and daring, though the graphic designer has given a tremulous feel to the lettering on the poster by doubling the letters, as if we were reading it through cataracts.

In the entrance, a recorded female voice speaks with the persuasiveness of an insurance salesman: “In Genoa, city of the future, the world of 2040 is already here. Between 80 and 100 years of age, imagination and memory become transparent joy at being in the world. Perhaps for ever? Silverland: Live, Forever, Now.”

The movement of the exhibition is all in this direction (with artists that have long surpassed what is considered pensionable age). It starts from the fact that the average age in Genoa is one of the highest in the world. This is partly the result of the climate, but also of the very low birth rate, making the city an observation post on the future. It’s the idea that a small local oddity could become commonplace, with all the apparent pathos that goes with that. Carlo Antonelli has played the agent provocateur, touring Liguria, a region of Italy slowly seizing up because of its poor transport infrastructure, to listen to people who by profession observe the drivers of human evolution: geriatricians, neuroscientists and designers. Tape recorder in hand, he talked with them about genetic engineering, stem cells and exoskeletons. (While she was driving me to the museum, Anna Daneri told me how the revival of Liguria – the “revascularisation of the area” – will permeate the whole exhibition programme at Villa Croce, a synecdochic-fetishistic approach that will take finance as the next subject for analysis.)

Read also: Call Me by Your Name, Antonelli: Friendship made this film great

Life has stretched like an elastic band, and Shakespeare’s seven ages of man has been definitively superseded. Or that’s what the sexy promise of biotech would have us believe. The exhibition though seems to warn us of a permanent imbalance between the eternal man-machine and the crutch-bound man decaying into old age (after all, the ancient patron of technology was the crippled god Hephaestus). This is why the Antonelli-Daneri formula has such grandeur. In this tomorrow-focused vision, it’s chilling to see, for example, especially after the fizzing seltzer served at the entrance (the work of Marco Bruzzone), between whips covered in brown wool, an enormously enlarged photograph on the wall of Genoa’s Loggia dei Banchi destroyed by bombs. It’s a painful, flesh and blood image. “All the artists share the memory of war,” Antonio tells me. He’s curated the exhibition layout and is now bent over on his knees lighting a myrrh incense stick right next to the photo. (I look up its properties online and learn it’s an effective curative for diabetic foot and that at one time it was used in the embalming of mummies.)

The exhibition space has not been tamed. It’s not the large white cube typical of modern taste, but moistened and eroticised (even erased with Pelikan rubbers by Nuvola Ravera – like Bruzzone, a younger artist). The clock hands spin round and round in the video by Dupuy père (Jean) and fils. The voice of Lisetta Carmi (with her photos of Ezra Pound in Rapallo and of travels in Mexico and Venezuela on the walls) echoes out crystal clear: “Death is of vital importance,” it assures us. Franco Mazzucchelli has transformed a room into a disintegrating bowel of white plastic. Anna Oberto exhibits a period video shot for the freeing of Ezra Pound and mementos from her action of 1980. Renata Boero disinters a cloth attacked by bacteria and excites the nostrils with the acrid smell of turmeric. Corrado Levi covers the walls with lewd jottings, the intersections of a private geography traced on the outlines of the Gulf of La Spezia: “Olmo’s penis at Vergasso”, “Pancrazio’s faeces at Porcale” (the erotic body, as we read in Sade, is never completely whole). Elisa Montessori has sketched out bellies on rolls of red-spotted paper. Rodolfo Vitone forces us into a greenhouse with long-stemmed roses, painted on lace bandages (previously grown in 1985 between the walls of the Quarto Psychiatric Hospital).

This is the radiography of a clearly more complex exhibition that has the great merit of breaking with the purely visual fascination to resort to the critical gaze (and the critical listening) of the visitor. To listen to all the hundreds of hours of interviews recorded by Carlo Antonelli and Paola Mordiglia would be a venture truly very far from human experience. They are administered in the form of pills, on large pharmacy-style LED panels, or in their entirety via headphones hanging from sterile containers for faeces on the stairs, where there are blankets (you can make yourself comfortable like someone in bed being drip-fed). They tell us that “Viagra is a great invention”, but also that “in Liguria 17% of pensioners are alcoholics” and “20% live alone”. Once death has been pushed back fantastic distances, it will perhaps be necessary to equip ourselves to live with the consequences.