Call Me by Your Name, Antonelli: Friendship made this film great

The film, directed by Luca Guadagnino, has received four Oscar nominations. Carlo Antonelli, cultural anthropologist on the film, tells us about it. 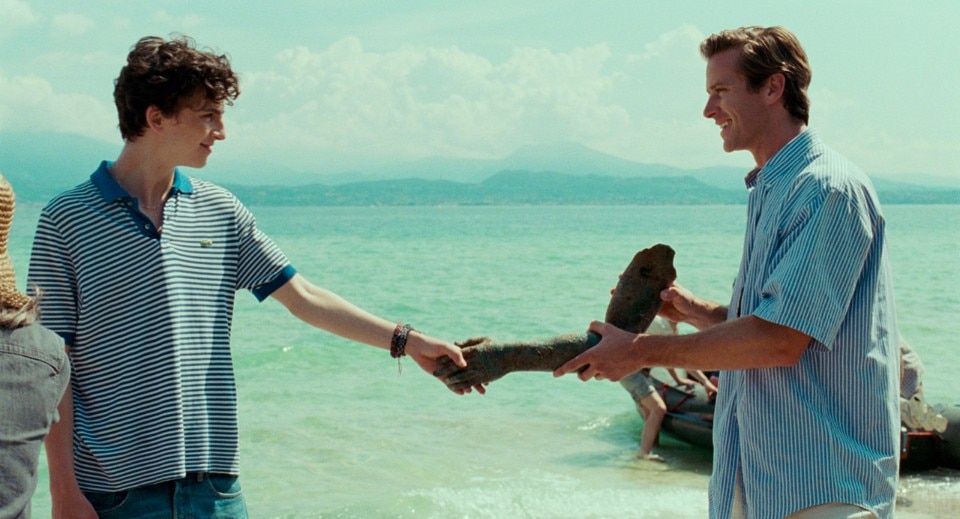 Carlo Antonelli worked as the cultural anthropologist on "Call Me by Your Name" (his role as given in the end credits). The film, directed by Luca Guadagnino, has been nominated for Oscars for Best Picture, Lead Actor, Adapted Screenplay and Original Song. The film tells the story of the affirmation of the sexual identity of the lead character (Timothée Chalamet), a teenager growing up in the 80s in a family that’s mobile but not completely rootless. They’re bourgeois, culturally open and on the radical left – readers of Le Monde. The film is set in Crema, in a villa surrounded by stunning countryside. Guadagnino personally curated the interiors of the villa (it was then sold to a “gay couple from Minnesota”, according to Carlo Antonelli). The young main character frees himself from social heterosexuality through a unique love affair. Poetic in its dialogues, adolescent in its silences, eternal in its places, "Call Me by Your Name" embodies an antithesis: the existence/non-existence of time.

What role does a cultural anthropologist have in this?
My role in the film was above all historical – my friendship with Luca (Guadagnino) and our film work go back a long time, so historical in that sense. There are deep personal relationships, with friendship and work constantly intertwined. My role was crucial when we wrote the end credits.

How so?
We started to work on films together when I commissioned him to make some video shorts. Then from there we made "Mundo Civilizado" (a documentary), I acted in "Melissa P." and took the lead role in some short films, and then we set up our company – First Sun – ten years ago. We produced "I Am Love" (Italian: Io sono l’amore) and a pair of other films. He fell in love with Crema completely and decided to move there – and then began to film there.

Did everything start with the house?
Guadagnino has always been crazy about the Roman influence on Italian cinema, and he came to live in Crema about eight or nine years ago. While living there, he fell in love with the countryside and stumbled on a house for sale in Moscazzano (where the film is set). We went there a lot to have a look and check it out – we even went in through, let’s say, the back door … He wanted to buy it, no matter what it cost.

So you sneaked into abandoned houses like teenagers.
We did that once …

It could be a title for an article – “Antonelli and Guadagnino break into abandoned houses”.
No, there were others too from our group of friends. We were looking for a place where we could all get old together, and that looked like it – we fought over the rooms.

Why did you sneak in when you could have bought it?
We didn’t have a penny. But money’s never been a problem for Luca, though he’s not a millionaire. He always thought he would find it and that’s how it’s gone so far. The film was made with money from some very heterogeneous sources, but it wasn’t expensive. One of the main investors was a really nice Brazilian producer. Then there was a very interested and courageous French woman who produces high-quality films.

Did you put your own money into it?
Yes, some, though not that much – just enough to keep it going. There was a embryonic moment when the film was in danger of not being made at all. That’s what happens with low-budget films. If you make them in the Italian way – you only start shooting when you have all the money – they don’t get made at all. At times it was touch and go, but I did my bit.

That’s how culture is made in Italy …
In our creative group, there’s a fundamental biological side in the sharing. It’s an incredible blurring of private and professional – eating together, sleeping in the houses, sorting out the bedrooms.

You’ve never had Weinstein-esque happenings, have you?
No, no, it’s never happened. Tilda (Swinton) talks about Luca like family. It’s a family relationship – it’s truly never happened. Plus we’re not producers who’ve made all that many films. There’s none of that casting couch madness. It’s not Hollywood and it’s not Rome.

It’s so unusual that it’s completely unique – it’s poetry.
So the roles are kneaded together, and this meant I had the job of cultural anthropologist, a historical one: I was the oldest and the only one to have lived through the 80s and fully experienced them.

In this cultural setting, the work on the main character, Elio, was key.
Luca and I worked on the development of the character of Elio. There had to be elements of international middle-class culture in his character, and he had to be very aware of the zeitgeist. So he has a Mapplethorpe poster for an exhibition that only finished a few months earlier. There are catalogues from Venice Biennales, he’s got a Talking Heads t-shirt of course, and there’s the Psychedelic Furs track that was chosen as the final piece of the puzzle. We wanted a new wave sound, but not something that’s been done to death on 80s Spotify lists.

It’s through the definition of his style that Elio liberates himself. Out of this comes a social and cultural defence of different types of family. Elio’s family allows him to come out. But Oliver, the other character, is to return to America, where he’ll get married (perhaps hiding his homosexuality for ever).
Timothée (Chalamet), the actor, contributed too. He put so much into it, more than we were hoping for. In the dancing scene he represents a bridge with the contemporary world. He’s new, but the 80s were our days. His clothes were all authentic vintage. There was nothing from later than 1983 – it’s all real vintage. But the way he wore them is vintage “now”. So this oscillation was something he contributed. Again from the cultural point of view, we worked on the sense of a holiday in the countryside, on the type of things you’d do for fun, on the boredom, and most of all on the lack of a telephone, which rings only once – at the end. The lack of a telephone is like the Latin word otium, which means “leisure” but is literally the space around things. Inside this space, which doesn’t exist anymore, the fascination of boredom can arise.

It’s like the setting of Boccaccio’s “Decameron”, where the storytellers are in a secluded villa. There’s a sense of a timeless story here.
Yes, there’s no constant interruption. It’s a lost cultural dimension, the result of a profound awareness of the human. Because of this, the film is full of statues – they feature in the opening credits. It’s the story of what it is to be human. Hence the importance of anthropology. The way in which humans were formed was through experience. The final conversation with the father (about the importance of experiencing love in its different forms) focuses on experiences of relationships, on love stories.

You’ll have seen “Stranger Things”, which I thought lacked clarity. The atmosphere was heavy. Your work though has a lighter feel. It’s precise and steady but it brings back how it was. It’s an Italian portrait – it’s strongly tied to a place, as well as to a more general sense of time.
It’s not that we didn’t do our research – things that we thought dated to the 60s or 70s we discovered in photos were still being used. We wanted to use cars from the 80s but in the photos we saw that they had older cars. The scene of the boys dancing – that was absolutely from those days. Since I went on holiday myself in the countryside, I’ve got my own personal memories. The fifty-somethings come out of the cinema completely undone. I’ve had dozens of phone calls. What the father says at the end is clear: there’s a fuel to power love that you have available. When you understand that it’s all gone, it's very hard.