A rusty house in Chile

Designed by Ortuzar Gebauer Arquitectos, the Pollo House was built with reused elements of a traditional Chilean house. 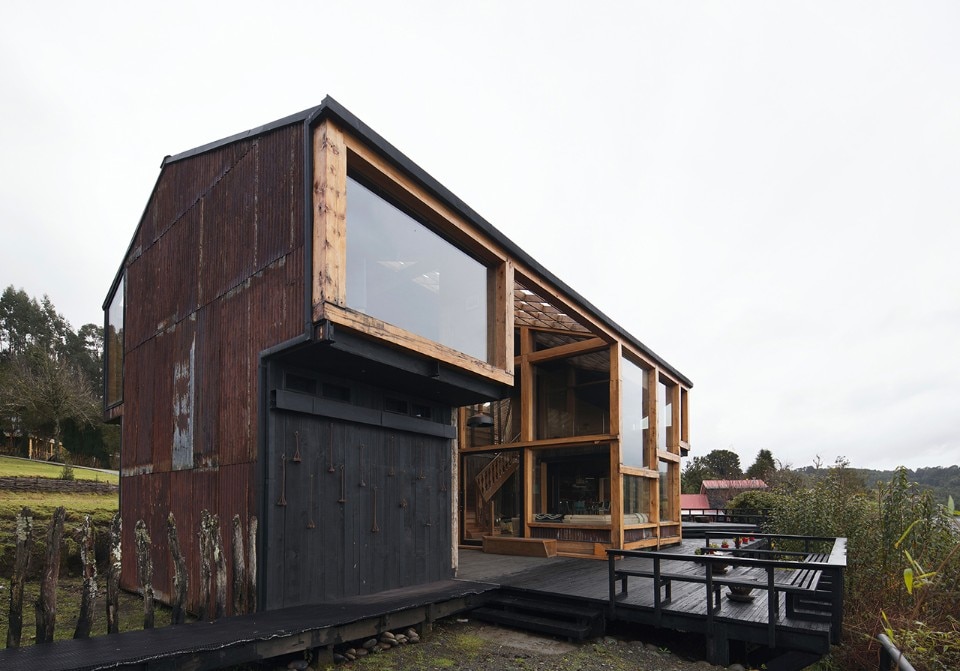 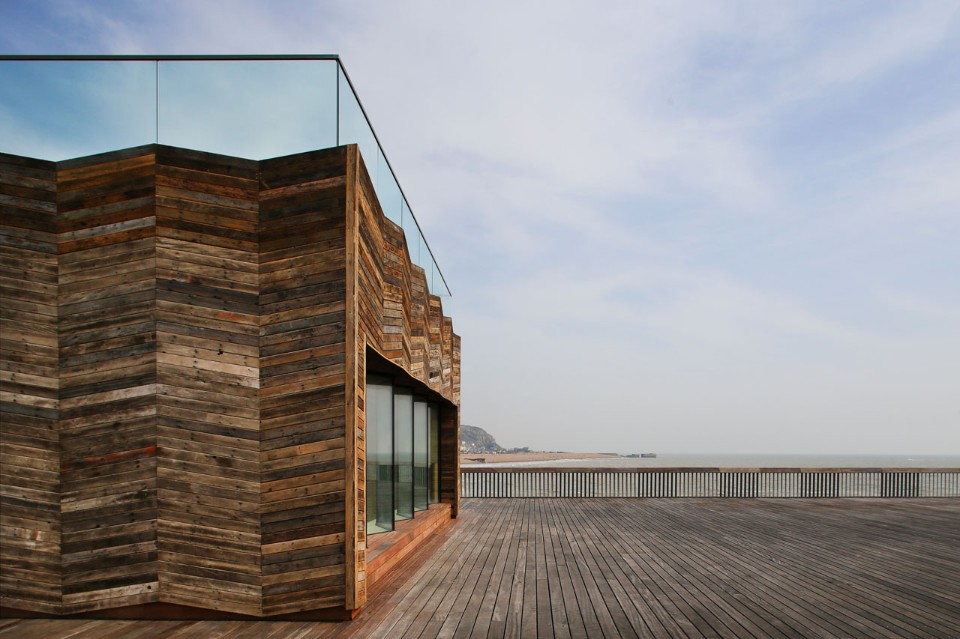 This project by Ortuzar Gebauer Arquitectos is located in front of an estuary that flows into the Caicawe canal, a few kilometers north of the city of Quemchi, Chile. The terrain develops linearly on the sea edge, on a slope that begins steeply and culminates gently towards the sea. The architectural proposal is defined by a compact and twisted volume in search of the views and following the shape of the narrow terrain. Towards the access the facade appears closed and hermetic, evoking the old warehouses of Chiloé and keeping the privacy of the interior. The upper level stands out to protect access from rain and winds.

Contrary to its access, the side of the sea is presented open, glazed, exposing the exuberant sea views, building a dialogical image between traditional and contemporary architecture simultaneously. The structure appears as part of the architecture, and the roof wraps all the programs including part of the terrace. The exterior reuses old zinc plates, which gives the image of an old Chiloé barn that was always there. Inside it was used native woods, many of them, reused, as linings, floors, doors, windows, and the staircase which belonged to an old traditional Chiloe house, nowadays extinct.