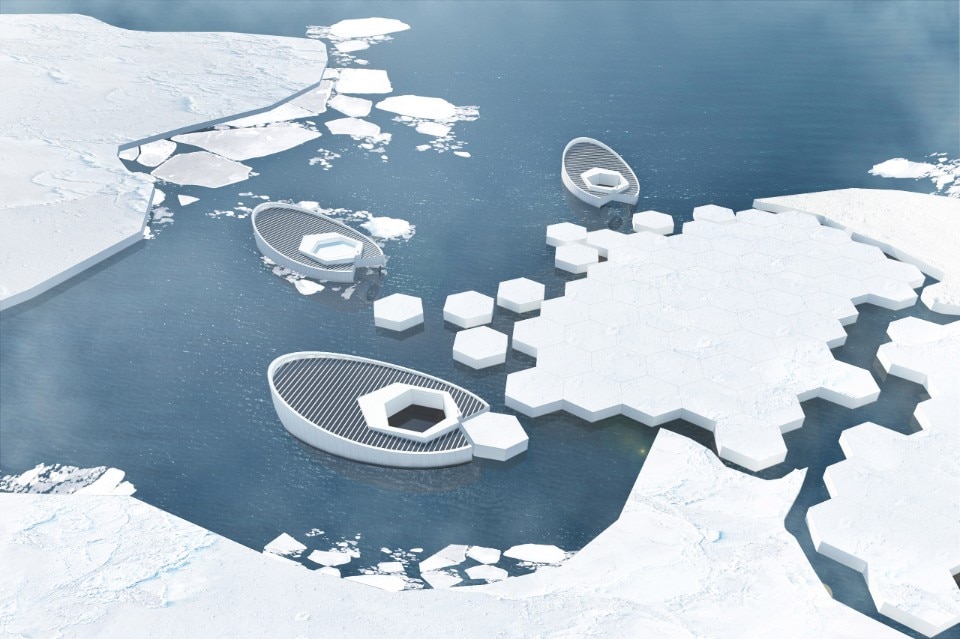 The practical weeks of summer temperatures have brought the many issues and risks associated with climate change back into the ‘mainstream’ conversation. Still, one of the worrying (and unavoidable) ones is the accelerated disappearance of glaciers. According to the latest estimates, for example, 97.6 percent of the glaciers in the Dolomites in Italy will have retreated by 2050, while at the North Pole they are measured to be rising in temperature four times faster than the rest of the earth’s crust.

One could certainly spend hours speculating on possible strategies to at least try to slow down this phenomenon, but a team of designers led by Faris Rajak Kotahatuhaha seems to want to get straight to the point. In fact, the group proposes a modular submarine-like structure capable of refreezing seawater in the Arctic to create miniature modular icebergs.

The Indonesian designer worked on the prototype with collaborators Denny Lesmana Budi and Fiera Alifa for an international competition organized by the Association of Siamese Architects, winning second prize. The prototype, designed for the “re-icebraization” of parts of the Arctic, is a submarine-like vessel capable of submerging to collect seawater in a central hexagonal tank. During this process, the ship would return to the sea surface, and the tank would be covered to protect it from sunlight. A reverse osmosis system would be used to filter some of the salt from the water to speed up the process.

Once the water had frozen, the ship would submerge again, leaving behind a prism of ice with a volume of almost two thousand cubic meters. The modules would also be large enough to accommodate additional functions, such as polar research centers and underwater hotels, which according to Kotahatuhaha, could help finance the project.