The master’s legacy as teamwork: the case of AMDL Circle

The studio founded by Michele De Lucchi is changing its nature, moving from the authorship of the master to design as teamwork. Produzione Privata, a brand founded in 1990 to give continuity to Memphis, is the most explicit example. 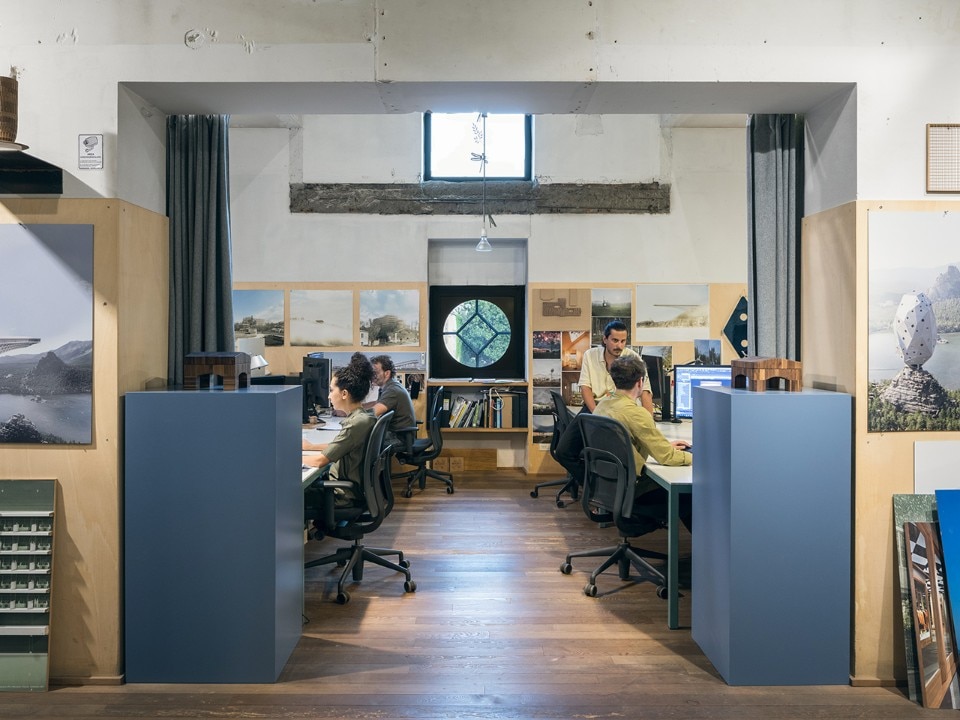 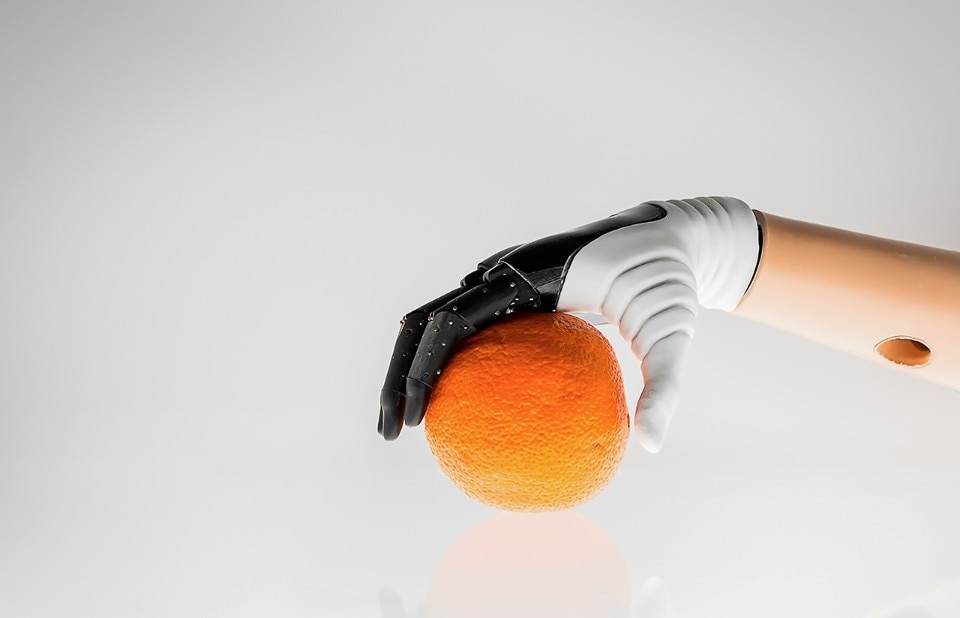 When a study grows and its founder grows old, the question of what to do with the culture of the project that was born and developed in that context has to be asked. So Michele De Lucchi, with his experience as a university lecturer, has redirected the study towards a horizontal structure, giving space to his sons and young professionals who are appropriating the philosophy of an author who is first in constant change.

How was AMDL Circle born?
Pico De Lucchi: In the last 15 years, since he became a professor first in Venice and then at the Politecnico di Milano, something new has been triggered in Michele’s way of relating to study. In his relationship with his students he realized that they look at his work with new eyes and he ended up seeing it differently. Not only, what happened to his masters Achille Castiglioni and Ettore Sottsass when they stopped working led him to reflect. The example of the Castiglioni Foundation, which is beautiful, is risky from an economic point of view because the foundation’s resources could run out. We need to find a formula that makes economic sense and not just social sense. Not to mention Sottsass.
Add to this the fact that my brother Arturo and I entered the studio, so together with Angelo Micheli (studio director) and Davide Angeli (design coordinator) we started thinking about how to move. It is a question of preserving Michele’s work and experience but above all of transmitting them and allowing other people to add new things to the scale of holistic architecture. And this is done with a studio that continues to work and with an organisation that is increasingly independent from its founder.

There are firms that have continued to work for decades even after the founder’s death, remaining faithful to the founder in terms of form, organisation and client relations. Are you taking this path or is it a more conservative hypothesis?
PDL: The idea is to do it now that Michele is still present. The work we are doing, with the stimulus of my father who is making us get more and more involved in the design part, is the key to trying it now.
There are a few cases, but it is very rare, that a strongly authoritative study has managed to make this transition. The problem with extremely authoritative studies, such as Zaha Hadid’s, for example, is there for all to see. Despite having a very definite organization, we can see that authorship is dissolving.

Don’t you think it’s inevitable?
PDL: I think it’s part of the process but I don’t think it has to be the transition from one author to another. In this way the values of the study are not carried forward but those of another author. For us the idea is that everyone can draw on a heritage, in fact we don’t have a structure with partners but a horizontal and collective structure. For each project we assemble a group of people who are not only internal but also different professionals such as philosophers, psychologists, etc.

But this is now a necessity of architecture for everyone. There is no longer the architect who works alone. There are many projects, including bottom-up ones, which are shared with a large number of professionals and communities.

PDL: Yes, on an academic level it is like that, but when I think about it I don’t know many studios that do it systematically.
Davide Angeli: I would say that it is necessary to create the right humus in which others can enter. A sort of “primordial broth” organized. In the meeting and clash of ideas, of people and also of non-roles, projects are born. Today the architect makes strategic projects rather than simply architectural or sign projects. I think the effort for us is to do that but to do it in an organised way to work on the “primordial soup”. What Michele did, with his charisma, his personality in directing must be done by drawing on the culture of the studio in an attempt not to repeat himself. The good fortune of working here can be seen in the course of these 37 years: from the full colour, to the neutral offices for Deutsche Bank, to the things made all out of wood, to today’s research into majestic, out-of-scale architecture such as cathedrals. We do not have a style, although there is a use of materials, of signs that we see as the basis of the work. If you look at De Lucchi’s fellow travellers, it is clear that although everyone had denied the univocal style, you discover that at a certain point they chose one and ended up doing the same thing over and over again. The ability to transform is the hope of this study, change is what makes us strong, and Michele always questioning everything. Although he still likes to make wooden houses now, he tries to do something else. I think it is one of his needs that he has transmitted to us, to change, to evolve. And this is nice because we don’t have to carry on a “De Lucchi style”.
There are some signs, on which we made a book “Connettoma, synapses of architecture”, which is still a provisional title and will be out soon. It includes all the work of the studio and is structured by visual connections between signs that have changed scale. In making this book we realized that the way to proceed is to start from something that has already been done, to work on it and then deny everything. It is a book that will serve us above all to create the humus I was talking about, the only basis we share.

A sort of “style manual”, like the ones that graphic designers make for the application of a corporate image?
DA: Somehow yes.
PDL: The study has this particular dynamic that needs to be shared, in particular with the young people who are entering and are now 25% of the study, to allow this growth as a group.

One of the two new buildings
ph. Max Rommel

View of the room at the first floor
ph. Max Rommel

View of a room with red sofa
ph. Max Rommel

View of a room with blue armchair
ph. Max Rommel

The wooden beams over the bed
ph. Max Rommel

The studio designed all the interiors details
ph. Max Rommel

One of the two new buildings
ph. Max Rommel

View of the room at the first floor
ph. Max Rommel

View of a room with red sofa
ph. Max Rommel

View of a room with blue armchair
ph. Max Rommel

The wooden beams over the bed
ph. Max Rommel

The studio designed all the interiors details
ph. Max Rommel

Let’s talk about Produzione Privata. What is it nowadays?

PDL: in the holistic vision of the studio it is the ramification of design that becomes product. AMDL Circle designs products, something that is not always known.
DA: The studio has naturally followed the indications of the founder, who in recent years has dedicated himself to architecture with great success. All the product design, interior design, graphics had gone down. Over the last three or four years, at the same time as the studio has grown and Michele’s need to see his architecture represented in interiors, in graphics, with the idea that the project should be as complete as possible, he has had this knowledge dusted off, including Poduzione Privata itself. We recently designed a hotel in South Tyrol, the Hotel Zirmerhof. A fairly small project, but Michele insisted that we put all our skills into it: in this way the studio’s potential is developed. The project of a hotel would include the “co-ordinatino” but the co-ordinatino is forbidden here!
The stimuli come from above, but the project comes from below. Once he was the one who brought us a sketch, even a very rough one, of a chair and we had to turn it into a project. Now he expects the sketches from us, which is an act of great confidence in us. I think this comes from architecture. An architectural project changes a lot in its realization, it is changed by the people who do it, engineers, technicians, it changes a thousand times, as many as the hands that work on it. So why not do it in the studio, with the people you have been working with for years, whether they are 40 or 3, it doesn’t matter.
For about a year and a half, every six months, everyone – from the model maker, to the architect, the graphic designer – has dedicated a week to a research project. This year the theme was the pandemic, not as such but in relation to what we are dealing with, from the residential to the object, from the hospital to the office. And the results were interesting. Pico is doing the same with Private Production. He asked all those in the studio who deal with interiors and products to think of great scenographies and installations, as in the exhibition at Assabone, made of products to present to Michele and turn into a catalogue.
PDL: Produzione Privata can aspire to this, precisely because of its history of collections made up of unique pieces that pushed the skills of craftsmen to the limit. Unlike an industrial production these collections are not strictly bound to the laws of the market, even if they are for sale. And this meant that they could also be exhibited in galleries and collected. Sometimes the objects were created for an exhibition, other times they are the result of research. Wall trays, for example, are objects that have a function but when, as here in the studio, they are hung on the wall they end up having a different connotation.
Produzione Privata now works on two tracks: one that of the product that can be found in the catalogue, the other that of the collections, made up of unique pieces or limited editions.