“Passion, vision, action. This is what we need to relaunch design”. An interview with Claudio Luti

For the launch of the special Domus for Design the editorial director Walter Mariotti interviews the president of the International Furniture Fair on the situation of Made in Italy production and design in the aftermath of the Coronavirus. 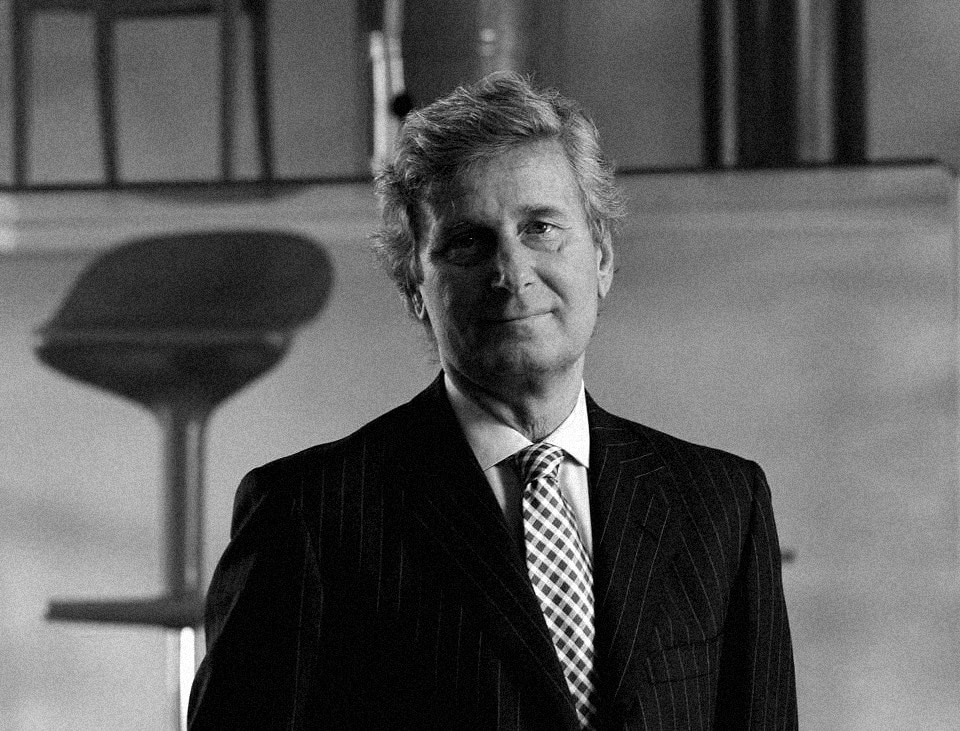 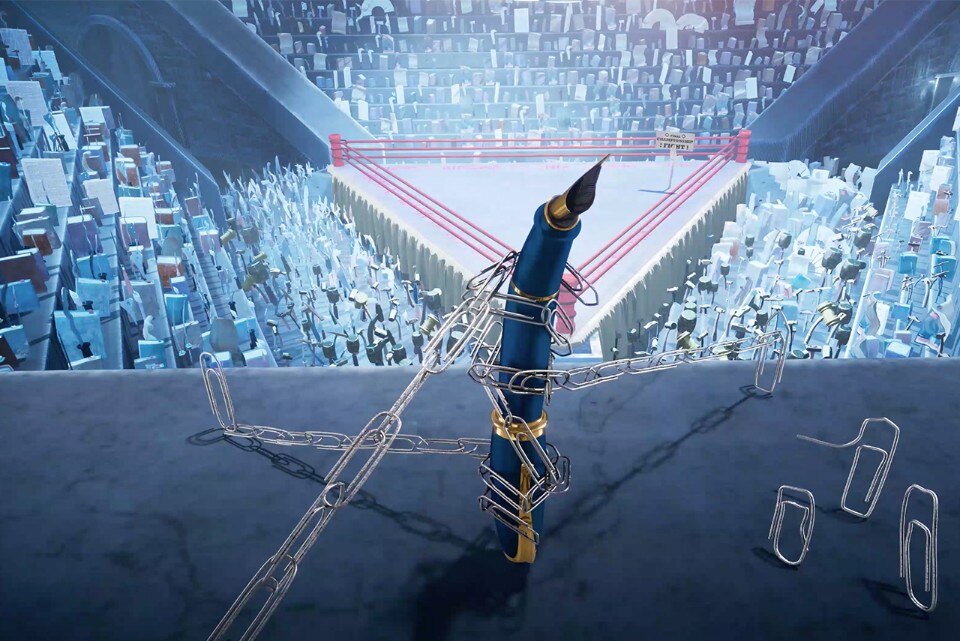 In 1961, a group of businesspeople from the furnishing sector, immediately baptised “Captains Courageous”, try an experiment that had never before been seen anywhere in the world: an International Furniture Fair, annually presenting the best of the creativity and excellence of the Made-in-Italy furniture sector. Four years later, in 1965, Domus dedicated space for the first time to the Fair, which that year organised its first collateral event, an exhibition on design. It was a form of consecration, repeated every year, until a few weeks ago, when the Coronavirus epidemic led to the postponement of the 59th edition, which was due to open in this period. A terrible blow, in the midst of so many problems and so much sadness, not only for the furniture industry, but also for Italian identity, for culture and for tradition. And also for Italian soft power, that ability to create, experience and imagine that our country exercises on the world. Here, we discuss the situation with Claudio Luti, a businessman in the design sector and president of the Fair, as well as a visionary player in the global success of Italian design.

Read also: Achille Castiglioni and Milan: a beer house, a pavilion and a showroom

Why is the International Furniture Fair and Design so important for Italy?
Because this is Italy, and design is in our blood. The Fair is what it is because we are who we are; a coming together of creativity, professionalism, efficiency, flexibility and culture that has no equals in this sector anywhere in the world. If I may, I’d like to tell a personal story.

Please do.
I studied Economics and Commerce and following a period of truly exceptional experience in the fashion sector, I acquired a design company. It was there that I immediately realised that economic or strategic skills were not enough to manage the company; I needed to really get involved, learning to listen to the designers, hear what they were saying, but above all feel the emotion and experience the community. It is the same for the Fair. It is not only about commercial and financial strategy, but the result of a wonderful and delicate combination of creativity, organisation and beauty, the fruit of a complex strategy. This is why the emptiness of this period is disorienting.

An unsettling emptiness. To contrast this sensation, Domus has decided to present a manifesto, to support design and its production chain, but above all a cultural identity, a vision of the world, a way of being and thinking that makes Italy what it is, that sells Made-in-Italy quality worldwide, and that once a year brings almost half a million people from all over the world to Milan, to understand the essence of Italy through design.
This is a very important initiative, which forms part of a process that we are following both as design companies and as the Fair, which is a combination of many entities that need an opportunity to recover. This recovery is necessary not only from a business point of view or for the spirit that drives them, but it is also needed in order to bring back to Milan the magic that animates Design Week, with visitors from all over the world, the cultural events and the opening celebrations.

The financial loss is enormous. Estimates speak of 1.3 billion in collateral losses for the sector.
The estimates are correct. The latest financial statement for the Fair has just one item: costs.

Because this is Italy, and design is in our blood. The Fair is what it is because we are who we are; a coming together of creativity, professionalism, efficiency, flexibility and culture that has no equals in this sector anywhere in the world

What are companies calling for? What should the government be doing?
I think that it is important to maintain respect for others, because it is too easy to criticise when you are not directly involved. We are waiting, respecting the decisions that the government is taking, but we need to stress that what companies need is simply to get moving, to return to work. We need a vision, and we need it as soon as possible. We need to be able to return to those countries where we have established our identity. Take my company, Kartell, for example. We sell to 140 countries, a strategic advantage that I do not want to lose. Such a loss would not only affect my company, but also the country, and the cultural identity of Italy.

What is needed in order to get moving again?
As well as political decisions, it will take vision, planning, and the valorisation of the entire chain. Because, you see, Italian design – as well as fashion and mechatronics – would not exist without the relationship between the artisan world and the creative sector, which both need protection and support. We work with both, and this allows us to create products and projects with different materials, reaching different market sectors through both retail and contract channels with tailor-made services, respecting both schedules and budgets.

A wonderful and unique mechanism.
Undoubtedly, but it is also fragile, because it is made up of many small family run organisations that risk going into debt. This would be a disaster, because the whole concept of Made in Italy could not exist without them. We can only create certain products through the commitment of everyone, from important designers and architects to small-scale businesspeople and artisans. Let me tell you another personal story. When, last season, Starck proposed working with wood, I didn’t know how to begin, because I had no knowledge of the material on an industrial scale. My experience was limited to my boat (laughing). I only managed thanks to the Made in Italy chain, and to our ability to adapt production processes for plastics to the world of wood. This is the difference that Italian design makes to Made in Italy production.

What is the state of the chain at the moment?
If companies don’t reopen, they will be forced to close down.

What do they want from the government?
Work, more than help. They need to get moving again.

Italy has discovered smart working and digital solutions as a response to the coronavirus. How do you see these solutions applied to design?
I approve. Many situations that are not physically possible can be rendered virtual through digital solutions, and at the moment this is of great help, particularly in relations between companies and their clients. But in the end, nothing can replace direct contact. Design needs to be seen and touched, the Fair needs to be experienced.

We need to be united, and to believe in common values. This is the only way we can hope to survive. Remembering that Italy has such an important cultural heritage, and a great talent for innovation

Will creativity vanish after the Coronavirus?
I don’t think so, because this is Italy, and creativity is in our blood.  However, it is undeniable that Covid-19 is changing the way we think, move and work. This is why I hope we can return to communicating, to delivering our products and getting our machinery moving as soon as possible, because this is how we put our strength, our creativity, at the service of the global community.

Which sectors do you see as priorities?
Put it down to bias, but I think we need to reflect on new forms of living, working and hospitality. Nothing will be the same as it was. We are creative factories; we need to nurture personal emotion and concentrate on turning this period of difficulty and crisis into an opportunity for change.

Are you an optimist or a pessimist?
The thought of Italy in terms of bureaucracy and debt is frightening. But I remain optimistic. We Italians always do our best when faced with difficulty. This is why Europe and the political sector has to support us, but above all this is why we need to be able to get back to work, respecting the new rules. We need the kind of foresight that we had in the post-war period. We need a sense of community. We need to be united, and to believe in common values. This is the only way we can hope to survive. Remembering that Italy has such an important cultural heritage, and a great talent for innovation.