One year after Joe Colombo’s death in 1971, Domus published this article remembering the designer and his projects. It also described one of his works, which was unpublished at the time: the Hoechst stand at the 1970 Düsseldorf Plastic Fair. 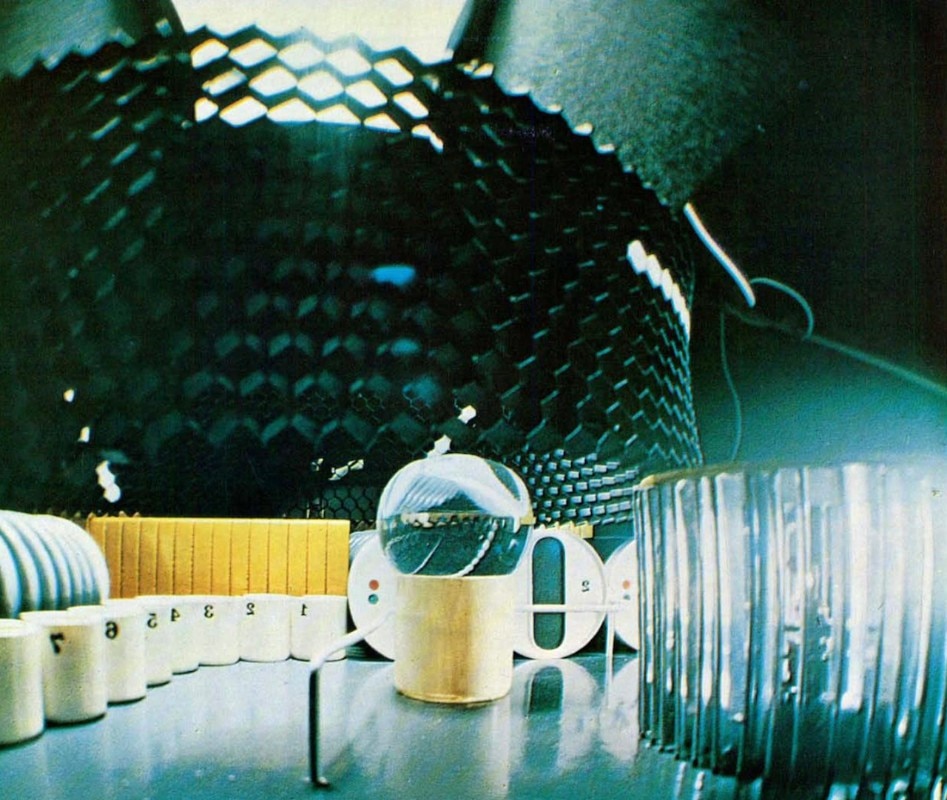 This article was originally published on Domus 513, August 1972

A year is passed since the death of Joe Colombo. On these pages we would like to remember him, with a deep nostalgia that still remains. Of his talent his works (realized and not realized) are a constant testimony. In a world in which the speculative necessities of production and distribution tend to create further conformity, the extraordinary “machines for living” and use that Joe invented have been, and are, original proof of how the imagination of the man as designer can redeem us.

Colombo’s was the enthusiastic and sincere vision of a superindustrialized civilization “to serve” man’s needs. We who loved Joe from the beginning and who have seen Colombian visions of living environment create “new landscapes” in the home, think that one more thing is to say about him: that he was an intelligent, good and gentle man.

Joe Colombo’s project for the Hoechst stand at the 1970 Düsseldorf Plastics Fair. The large “objects” that occupy the space – the pneumatic dome, the cylinders, the tubes and capsules – are the movements of the visitors translated into forms: the stand itself works as a sort of giant “game-machine”. From the entrance area, housing a large exhibition “cylinder” and eight “capsules” for information distribution, the four tubular tunnels start: one for the public, two for the clients (the traffic flow within these two tunnels is regulated by the “control tower“) and one for the staff.

The extraordinary “machines for living” and use that Joe invented have been, and are, original proof of how the imagination of the man as designer can redeem us.

The first three tunnels have a special pneumatic closing necessary for mantaining air pressure within the dome. The fourth (service) tunnel, ending with the cylindrical “kitchen”, is connected with the dome by means of a diaphragm of elastic ribbons. Within the dome, special cabins for small meetings.