“The Generic City is the city liberated from the captivity of centre, from the straitjacket of identity" (Rem Koolhaas, 1995) 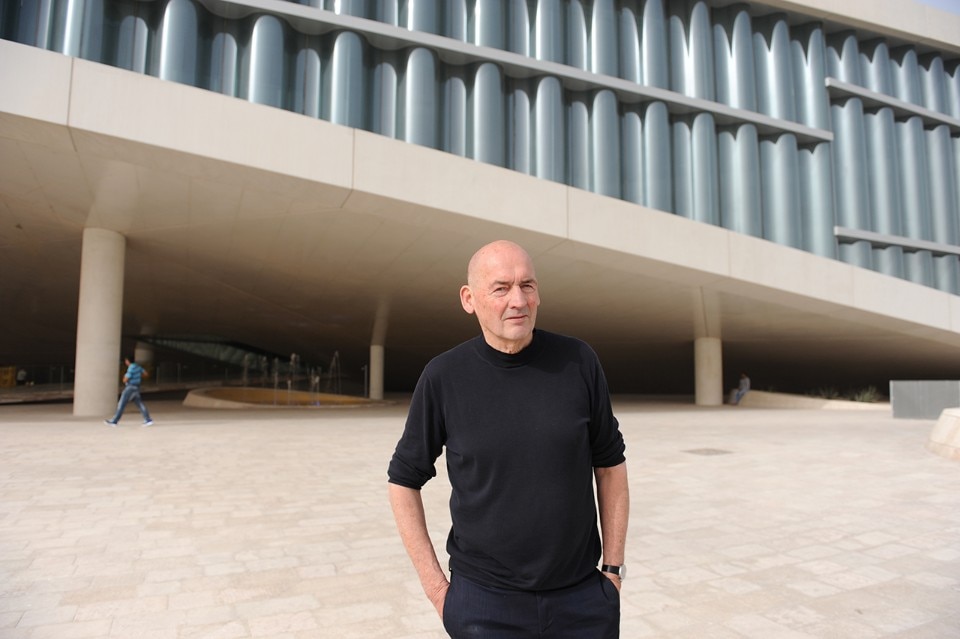 Starting from the 1980s, Rem Koolhaas rapidly establishes himself at a global scale as a pivot character of contemporary architecture and urbanism. Born in Rotterdam in 1944, he studies at London’s Architectural Association from 1968, and later on at the Cornell University in New York.

His final project at the A.A., elaborated in 1972, is representative of his will to challenge the consolidated paradigms for the interpretation of architecture and the city. Exodus, or the Voluntary Prisoners of Architecture envisions to elevate two walls of infinite length in the very heart of London. As opposed to West Berlin, which at the time was surviving as a fenced enclave within the German Democratic Republic, the sectors aligning between Rem Koolhaas’s walls are spaces of freedom and rampant hedonism, “exclusive” as they are isolated from the rest of the city, clearly declining at the time.

In 1975, together with Madelon Vriesendorp and with Elia and Zoe Zenghelis, he opens the Office for Metropolitan Architecture (OMA), whose headquarters moves to Rotterdam in 1986. In 1999, OMA is joined by the Architecture Media Organization (AMO), its ideally complementary division, focusing specifically on research.

Read also: A selection of the best pavilions and collateral events of Fundamentals, the 14th International Architecture Exhibition of the Venice Biennale, curated by Rem Koolhaas

His restless activity in terms of investigation and theoretical production is precisely what makes Rem Koolhaas stand out from other present-day star architects. His publications have put in the spotlight several notions, as well as the related neologisms, which rapidly reframed the contemporary debate. Published in 1978, Delirious New York “learns” from the American metropolis and provides the author’s very first reflection on the topics of congestion and of “bigness”. He acknowledges both for a project-oriented value: the former allows the coexistence of radically different programs; the latter enhances a productive disconnection between the building’s shell and its interiors, but also between architecture and its context. “Fuck the context” is possibly the most famous and controversial of Rem Koolhaas’s quotes. The writings and the projects of his first two decades of activities are collected in S, M, L, XL, the monumental anthology realised in 1995 with OMA and with the Dutch graphic designer Bruce Mau. The essay on The Generic City stands out from the rest of the book. Rem Koolhaas is here suggesting an anti-ideological reading of the sprawl, liberated from the qualitative hierarchies inherited from the past. In 2001, Junkspace confirms Rem Koolhaas’s qualities as a clear-minded interpreter of the most problematic aspects of contemporaneity, in this case the junk spaces, that he conceives as the inescapable side effects of design, as intended in the 20th century.

The large-scale exhibition on Deconstructivist Architecture, curated by Philip Johnson and Mark Wigley at New York’s MoMa in 1988, identified Rem Koolhaas as one of the leaders of deconstructivism (alongside Peter Eisenman, Frank O. Gehry, Zaha Hadid, Coop Himmelb(l)au, Daniel Libeskind and Bernard Tschumi). However, an overview on his projects, including some unrealised proposals, shows a certain indifference for stylistic matters. Rather, a sequence of thematic guidelines can be pinpointed, partially overlapping over time.

The Generic City is the city liberated from the captivity of centre, from the straitjacket of identity. The Generic City breaks with the destructive cycle of dependency: it is nothing but a reflection of present need and present ability. It is the city without history. It is big enough for everybody. It is easy. It does not need maintenance. If it gets too small it just expands. If it gets too old it just self-destructs and renews. It is equally exciting – or unexciting – everywhere. It is ‘superficial’ – like a Hollywood studio lot, it can produce a new identity every Monday morning

The unrealized projects, submitted to three important competitions in the 1980s and the 1990s, stem directly from the cores of his theoretical investigations: the proposal for the Parc de la Villette in Paris (1982-1983) is an experimentation on the topic of congestion; the design for the ville nouvelle of Melun-Sénart (1987) focuses on the potentials of the void, which in a sense is the latter’s counterpart; the competition for the Très Grande Bibliothèque de France in Paris (1989) combines both themes within a single architectural volume. The masterplan for the neighbourhood of Euralille (1988-1991) and the Congresexpo (1991-1994), which forms part of it, are the first occasion for Rem Koolhaas for a three-dimensional, and large-scale, double check of his theories.

In the same years, at least to architectures are relevant samples of Rem Koolhaas’s relation with modernity: the Villa dall’Ava in St. Cloud (1985-1991), imbued with outspoken but largely re-elaborated quotes to Le Corbusier’s Villa Savoye, and the Kunsthal in Rotterdam (1987-1992). Here, the reference to Mies van der Rohe’s Neuenationalgalerie in Berlin is freely reinterpreted and combined with the diverse program of the building. Two other fundamental works from the following decade can be read precisely starting from their program (another key-word in Rem Koolhaas’s vocabulary): the Casa da Música in Porto (1999-2005) and the Seattle Public Library (1999-2004). Both buildings’ architectural volumes are deconstructed as a result of the juxtaposition and superposition of the functions that they host, rather than for the sake of some whimsical formalism.

Read also: Tomas Koolhaas has directed REM, the biographical movie about his father, explores the built environment and includes a deeply human journey on the way we live together.

Following the experimentations of the first two decades of his career, which now are a fully-fledged chapter of the history of architecture, Rem Koolhaas’s production has been remarkably diversifying in terms of programs, aesthetics and geographies. Amongst the most relevant realizations of the last few years are the China Central Television Headquarters in Beijing (2004-2008), the residential complex De Rotterdam (1997-2013), the Shenzhen Stock Exchange (2006-2013), the Qatar National Library in Doha (2017) and the Taipei Performing Arts Centre (ongoing).  The Garage Museum of Contemporary Art in Moscow (2011-2015) and the Fondazione Prada in Milano (2008-2018) are high-quality interventions on historic buildings. Yet another time, Rem Koolhaas proves able to enhance and to detect the evolutions of the main orientations in the world of design, consequently updating his sensibilities, strategies and languages.

Even more than the Pritzker Prize, which he was awarded in 2000, the nomination as a curator of the 14th International Architecture Exhibition of the Venice Biennale (2014), consecrated once and for all the role of Rem Koolhaas as the leading figure of contemporary architecture, an undisputed and eclectic one: architect, urbanist, curator, theorist and much more. In 2020, his far-reaching exhibition Countryside. The Future is opening at New York’s Guggenheim Museum. Once again, Rem Koolhaas suggests a change of perspective, shifting the focus from the metropolis, it life-time privileged territory, to the countryside.

Read also: A conversation between Joseph Grima and Rem Koolhaas

In the words of Marco Biraghi:

Far from being a supporter of the commercialization of every sector of social life, including architecture, Koolhaas analyses with unequalled clear-mindedness the reality which these processes are closely connected to, with no rhetoric, actually beyond good and evil. Any delight in the contemplation of the world “as it is”, any mundane apology of the present is radically estranged from his intentions, as is any futile pretension to modify the ongoing processes