The new tower designed by Benoit Jallon and Umberto Napolitano (LAN) in Lille, on the last plot left free in the OMA masterplan, is a cue to consider 20 years of Euralille. 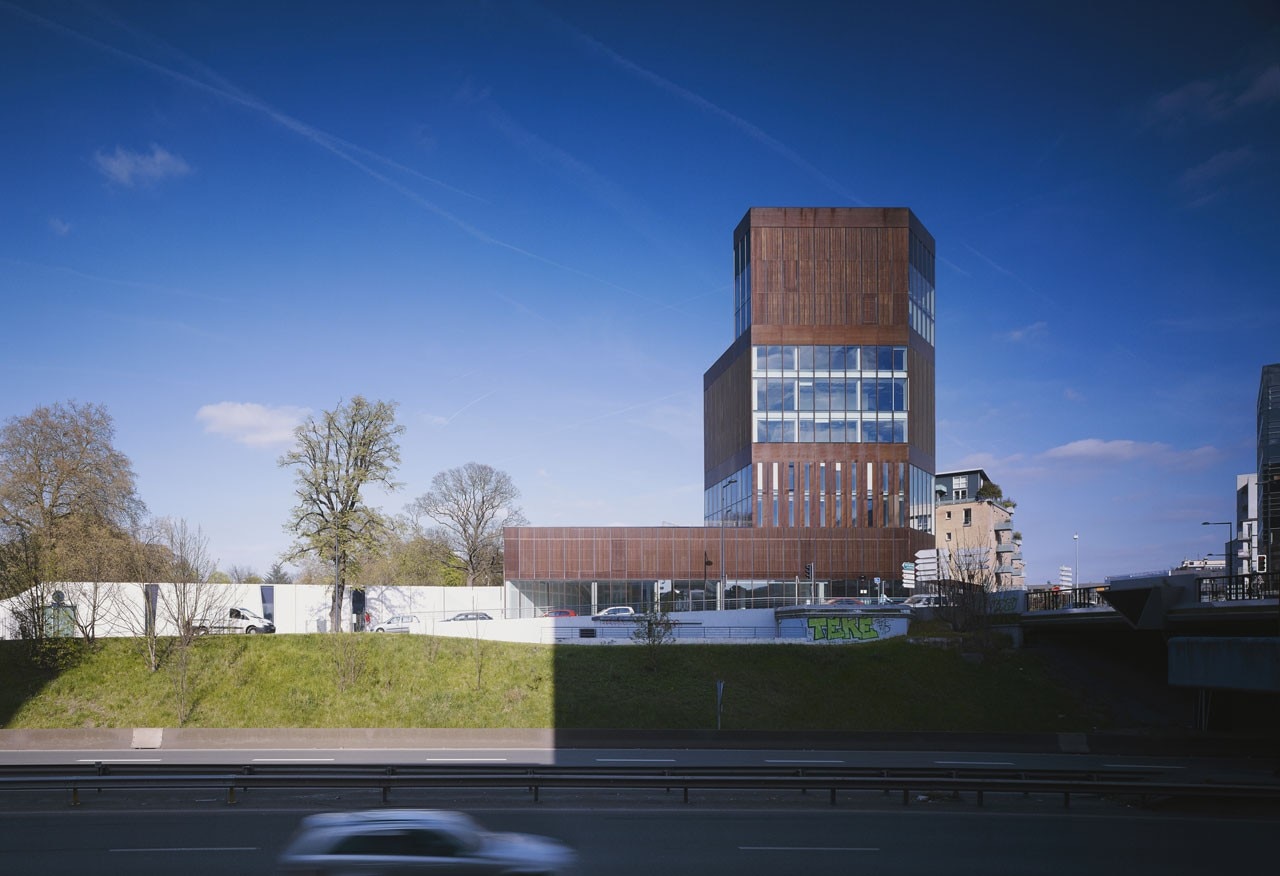 We are all still waiting for the 1990s to be reassessed – for the moment we have stopped at the revival of the  preceding Postmodern. The era of Clinton’s surplus and Tony Blair’s third way, but also the war in the Balkans, the Tangentopoli and the arrival of Berlusconi in politics, in other words the height of what rather than brief has been more aptly defined “the American century”, when the Berlin Wall came down all that remained was the nomos of the water and the air of the anglophones and anglophiles [1].

Yet as is often the case, the climax precedes the beginning of a decline that just twenty years ago left one thinking that the European Union was taking on a new life, quite the opposite of today. And no urban project like that of Euralille, conceived by Jean-Paul Baïetto [2] in 1988 better embodies the historic phase in which Europe was united – physically and otherwise – by the Channel tunnel, the TGV network at the same time and the Maastricht treaty that quickly gave birth to the first continental megalopolis, central hub of the so-called “blue banana” already outlined by some researchers in Montpelier as it happens in 1989.
And in Lille, the native city of Charles De Gaulle, at the point of intersection of physical and symbolic axes, various taboos were smashed: not only the nationalist/folkloristic of bringing together Thatcherite free-market London with Mitterand’s socialist Paris but above all one that united two disciplines now separated for twenty years, architecture and town-planning with a master plan that aimed to alter the destiny of an entire city on the wings of a renewed “Promethean ambition”. These are the words of Rem Koolhaas of course, the creator of that master plan together with François Delhay and director of the whole construction of this great metropolitan fragment, launched in 1994, that all-important year that also saw the publication of S,M,L,XL then Bigness and The Generic City, a true compendium of Koolhaas’s thought [3] that owes much to the field experience of Lille.
Exactly twenty years on, Benoit Jallon and Umberto Napolitano’s Paris-based practice LAN inaugurate the Euravenir office tower on the last free plot of that OMA master-plan, on the threshold of various parts of the city: between the station and its related buildings (hotels and conference centres), the ring-road, the residential district of Saint Maurice, the magnificent Henri Matisse park by Gilles Clément (with the Magritte-like île Derborence at its centre) and the large Est cemetery. The tower enjoys an excellent position as it acts as a backdrop for the Avenue Le Corbusier, the axis that connects the more densely-populated district of St Maurice to the city centre and along which are situated almost all the main buildings of Euralille.

It is in fact a building that in the 1990s, the Venice students of Bernardo Secchi would have undoubtedly described as “nodal” and for this, highly visible, although of rather modest dimensions with respect to the buildings by the three Pritzker-prize winners that it confronts directly (the ski-boot by Portzamparc, the Jean Nouvel shopping centre and the more defiled Congrexpo by OMA).

Hence, at the centre of a visual connection, the tower rises up from the ground-floor base plinth and responds to the three principal axes that intersect it (Avenue Le Corbusier, Boulevard Pasteur and rue Faubourg de Roubaix) in the sense that each side of the prism is parallel to one of the axes. In this way LAN have let the building be influenced by its urban context in terms of its form and volume. As if to say: the form (and the city) precedes the function. It would be too obvious to try and guess who is the inspiration for such a principle but it is certainly not Koolhaas, even though there would be something to say about it. Whatever the case, the elevations are diversified according to an alternation of solid and void where the voids are made up of glass and the solid of different types of metallic mesh, in actual fact oxidised copper. The optical result is a prism with a net sculptural value that recalls, but only in certain elements, some works by Simon Ungers who was an artist who died prematurely, stopping midway between sculpture and architecture. In reality the tower is completely glazed but we only realise this on the inside from where we can observe the city from every angle: every elevation in fact corresponds to a different area: at the north the cemetery, to the east an area of low housing, on the south the raised Valladolid piazza, south east avenue Le Corbusier and so on.

Euravenir is situated on a threshold, physical but also metaphysical if we consider that behind it is an enormous cemetery, and temporal since the new Euralille 2 plan is already ready. Today we find Jallon and Napolitano themselves also on the threshold or rather at a turning point: not so much because they are turning forty and already ten years of their practice has gone by as witnessed by the recently published-book both in English and French LAN, Traces, Actar 2014.

The fact is that, in January, LAN also won the competition for the renovation of the Grand Palais in Paris, a historicist Bigness in the centre of Paris, along the Seine moreover, that in theory will be the legacy of Hollande's presidency - and that this legacy is not a new museum but a refurbishment however big it might be is indicative of the present state of the not-at-all Promethean ambitions known to our times [4].