Libraries will survive digital culture. The design of the Qatar National Library by OMA proves it. Read our report to find out how. 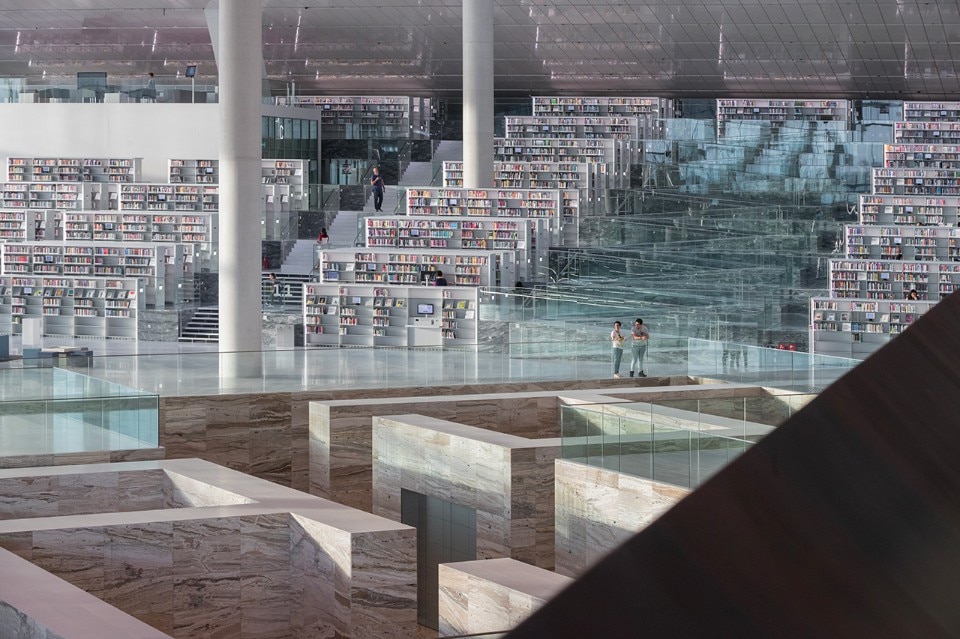 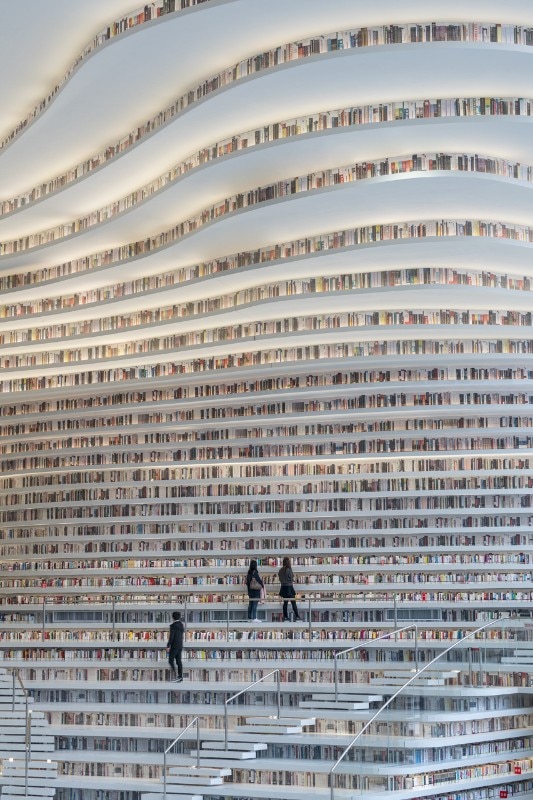 “We designed the space so that the books form the panorama. You are surrounded by physically present, easily accessible books. The interior is so large, it is almost urban in scale. It could contain an entire population, including an entire population of books,” says Rem Koolhaas describing the new library by Office for Metropolitan Architecture (OMA) in Doha, Qatar.

This cultural centre is a multi-level educational hub open to the public, but gives an equal amount of attention to the specialised volumes of a heritage collection, which consist of over 4,000 valuable manuscripts, a Ptolemaic map from 1478 titled Sexta Asiae Tabula and ancient documents from the seventh century before Christ. The library lies at the centre of Education City, frequented by ten thousand students per year. The public library houses over one million books, all on display, forming part of the interior landscape. Compared to traditional libraries, much space is given to the individual reader. A sense of claustrophobia and excessive silence have been avoided, rather we perceive the idea that culture is best disseminated through wide-open space and openness between people. The main foyer is practically open-plan, divided by walls of books over multiple levels. There is no separation between books and people. Conceptually, culture here is carried on the air, involving as many visitors as possible. Indeed, the library is like a centre for culture and entertainment, similar to the Centre Pompidou in Paris, for it organises many activities. There are children’s workshops, 3D printers to make prototypes, theatre performances in a small auditorium for special events located within the main foyer and screened off by a removable curtain. “The role of the library as a public meeting place is currently more significant than ever,” says Ellen van Loon, one of the OMA members who worked on the project. The bookshelves are made in the same white marble as the floors, making them part of the building in terms of materiality. The heritage collection of ancient books is positioned at the centre of the library in a six-metre-deep underground space cladded in beige travertine. “It’s like an excavated archaeological site,” continues van Loon.

Rem Koolhaas says, “When we designed the Seattle Central Library in 2004, some said it would be the last one, that books would disappear with digitalisation. But we always believed the opposite was true, and time proved us right. People wondered if libraries would be necessary, so here in Doha, we expressed the vitality of books by creating a design that combines study, research, collaboration and interaction with the book collection. There exists a similarity between architecture and the making of books: both have an incredibly long history behind them, but must be continuously updated in order to survive. We have designed many libraries and built several. Libraries are perfect to produce radical architecture. Clearly, there is a paradox by which new inventions are produced from traditional forms, and this can be seen at the Qatar National Library.” To be sure, even here digitalisation and technology is an increasingly large element in the life of books. They are automatically shelved. Research and loans are digitalised. Contents are digitalised and available online. Important manuscripts are preserved in digital form.