“By hitting the fertile overlap between pragmatic and utopia, we architects once again find the freedom to change the surface of our planet, to better fit contemporary life forms” (Bjarke Ingels) 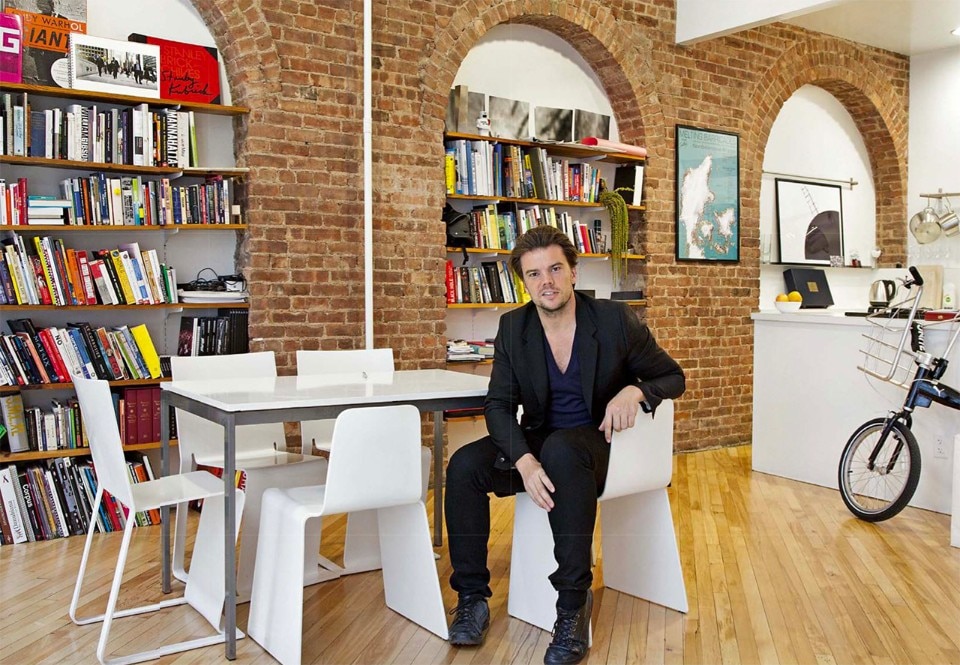 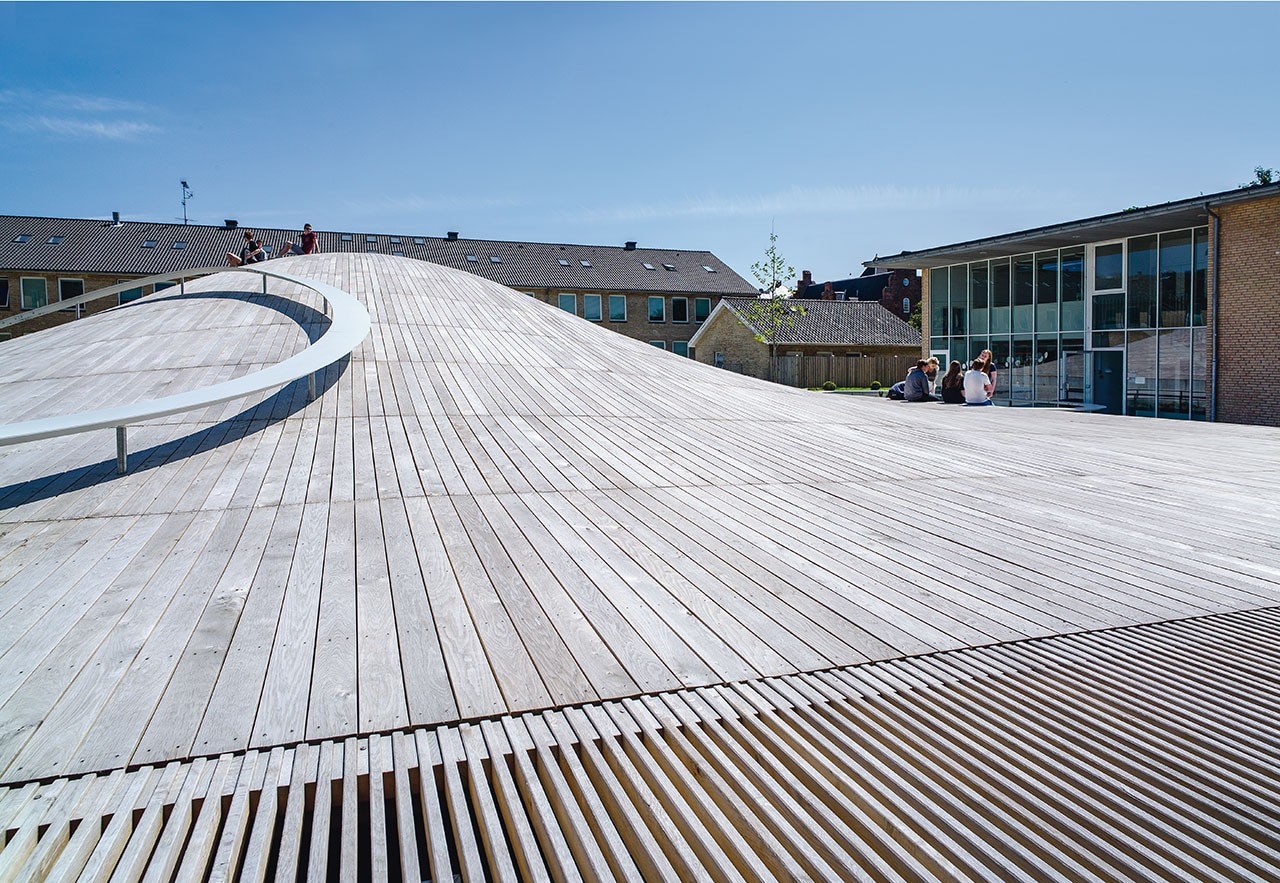 Even more than other leading figures of the contemporary design world, Bjarke Ingels overtly embodies the star architect prototype. He was born in Copenhagen in 1974, but his nationality is relatively insignificant to understand his path and his architectural production, which shall rather be framed within a global-oriented culture, vision and ambition. He studies at the Danish capital’s Royal Academy of Fine Arts, and later at Barcelona’s Escola Tècnica Superior d’Arquitectura. Even more relevant for his education are the years spent at Rem Koolhaas’s office, in Rotterdam, starting from 1998.

In fact, the experience at OMA is one of the foundations of Bjarke Ingels’s post-ideological and post-modern approach to design. His buildings are case-to-case solutions implemented to address each commission’s specific issues. Moreover, Ingels and Koolhaas are virtually uninterested in pursuing an autonomous formal research: for both of them, the project’s concept and volumes stem in the first place from its program.

In 2001, Bjarke Ingels moves back to Denmark, where he founds PLOT, with Belgian Julien de Smedt. The dissolution of this collaboration results in the foundation of BIG (Bjarkle Ingels group), opened in 2005 and relentlessly expanding ever since. Ingels’s early accomplishments show a substantial affinity with Koolhaas’s approach, while at the same time already promoting a clear distancing from the Dutch master’s architectures.

The residential complexes, built in Copenhagen’s expanding Ørestad neighborhood are particularly revealing of this: the VM Houses (with PLOT, completed in 2005), the Mountain Dwellings (started with PLOT, and completed in 2008) and the 8 House, commissioned to BIG in 2006. Designers juxtapose and superpose dwellings according to pragmatic criteria of orientation, accessibility and privacy. Nonetheless, they are also preoccupied with making the buildings identifiable, memorable. The VM are two colossal letters extruded from the ground; the Mountain Dwellings are an appropriately south-facing inhabited slope, and the metal panels screening the multi-level basement parking are decorated with a giant view of Mount Everest; to conclude, the 8 House’s wandering accessible roofs reconstruct in plan the silhouette of the number that the complex is named after. These are the first samples of a series of “icons” that Bjarke Ingels will realize in the following years.

In addition to being clearly recognizable, his architectures are or aim at being “schematic”. Ingels often describes them relying on simple diagrams, made of a sequence of few moves: rotations, torsions, additions, subtractions. The first proposal for Utah’s Kimball Art Center (2012, not realized) is emblematic of this approach. The existing building has a certain orientation, but its extension seeks to face another direction, towards the main entrance to the mining town. The combination of the two blocks results in a torsion, which “automatically” materializes in the architectural volume.

The diagram is just one of the tools used by Bjarke Ingels to describe his buildings. A skilled and histrionic communicator, Ingels has most certainly contributed to radically modifying the modes and languages to narrate an architectural design. Yes Is More: An Archicomic on Architectural Evolution (2010) is his most famous publication, conceived as a manifesto for BIG’s activity. Rather than a traditional monographic book, it is presented as an exuberant “archicomic”, an editorial neologism invented by the author for this occasion.

Partially thanks to his ability to talk about architecture in such debonair, irreverent terms, simplified and yet not necessarily impoverished, Bjarke Ingels has rapidly turned into a public figure, acknowledged well beyond his professional circles. In 2016, for instance, TIME Magazine included him in the list of the 100 Most Influential People in the World. His fame has been growing at the same pace as his firm, which at the end of 2019 can count four headquarters (the original office in Copenhagen, followed by New York, London and Barcelona), 17 partners, 26 associated and several hundreds of employees.

Read also: "The Orb", the installation by Bjarke Ingels and Jakob Lange at the Burning Man is a steel ball that evokes the Earth, in large part crowdfunded on Indiegogo.

Through the years, commissions have been multiplying and diversifying, in parallel with the staggering proposals submitted by Bjarke Ingels’s to his clients. In 2010, he convinces the Danish government to “lend” for a few month the original Mermaid statue by Edvard Eriksen, to be hosted in the national pavilion at the Expo in Shanghai. The latter is conceived as a single sloping loop, accessible by bike and enveloped around the valuable artefact. In New York, VIA 57 West (2016) crosses the typology of the American skyscraper with the courtyard block, issued from the European tradition, and by doing so it allows as many flats as possible to enjoy an open view on the Hudson river.

Billund’s Lego House (2017) takes the ludic dimension of Bjarke Ingels’s architecture to its extremes, by repeating the little brick’s module infinitely, and at different scales. Opened to the public in 2019, Copenhagen’s CopenHill combines in a single mountain-building two supposedly incompatible programs, a waste-to-energy incinerator and a sky slope.

Such projects as the Danish National Maritime Museum in Helsingør (2013), the 2016 Serpentine Pavilion in London, the Google headquarters in Mountain view, California (with Thomas Heatherwich, ongoing), and the Sanpellegrino Factory in San Pellegrino, Italy (ongoing) witness of Bjarke Ingels’s capacity to cope with a diverse range of commissions, both in the institutional and in the corporate field.

“Hedonistic sustainability” is one of the most convincing catchphrases that Bjarke Ingels’s adopts to describe his projects: it’s a non-obvious pairing, which tries to conciliate today’s most urgent and globally shared topic with the timeless and universal need for leisure and delight.

In the words of Rowan Moore:

Bjarke Ingels’ main move is to say: this is spectacular, this is blatant, this is memorable, and why not?