Carlo Aymonino, the portrait of an Italian master

“Carlo Aymonino. Loyalty to Betrayal” at the Triennale di Milano offers a passionate and accurate portrait of a master of Italian architecture, one that deserves to be rediscovered. The interview with curator Manuel Orazi. 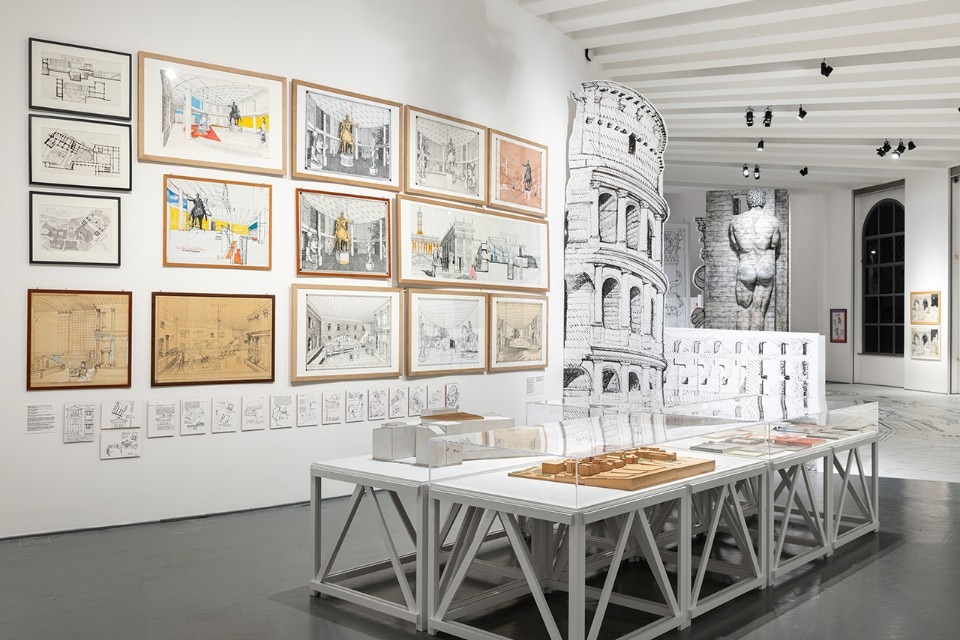 Enzo Mari, Vico Magistretti and Carlo Aymonino. It has been a long time since the Triennale di Milano has hosted three monographic exhibitions of such relevance simultaneously. Three protagonists of the Italian design scene, among whom Aymonino is the (relatively) most overlooked by established historiographies and the (definitely) least known to the general public. “Carlo Aymonino. Loyalty to Betrayal”, the inspiring and extensive exhibition based on an idea by Livia and Silvia Aymonino, and curated by Manuel Orazi, masterfully combines a set of diverse materials and it juxtaposes two narratives, Aymonino as an architect and Aymonino as a private man. This results in an abundant cartography of the professional, intellectual and biographical geographies of a protagonist of 20th century Italian history. We have discussed this with its curator.

Read also: The work of Enzo Mari seen by Hans Ulrich Obrist. An exhibition dedicated to the work and thought of the Italian designer and academic, at Triennale Milano.

Architect, painter, theoretician, editorialist, politician: the exhibition outlines Aymonino as a really versatile personality.
Manuel Orazi: Architects, who work on the threshold of different disciplines, are inevitably versatile, and this was even more true in the second half of the 20th century. Aymonino is no exception to the rule, but still he has a specificity which is linked to its biographical and professional geographies.

He is Roman but in 1963 he lands at the IUAV in Venice; he builds his more important realization in Milan, the Monte Amiata complex at the Gallaratese neighborhood [1967-1972], but he works all through Italy, from the North to the Center and the South. He is one of the very few protagonists from his generation to enjoy such a wide-angled perspective, a comprehensive view that is even more valuable in a country that was and still is divided by hard-to-die regional segregation. Aymonino had a fundamental role as he built connections between contexts and personalities which were otherwise distant from each other.

Carlo Aymonino with Raffaella Castrignanò, Geneviève Hanssen, Maria Luisa Tugnoli, The project for the Capitol, Rome. Carlo Aymonino, Roman Garden in Campidoglio with the statue of Marcus Aurelius and part of the foundations of the Temple of Jupiter, definitive project, 2004, colored copy, 73 × 93 cm. Private collection. Photo by Ing. Enrico Petrucci

Alongside the Spine Bianche neighborhood in Matera [1954-1957], the Gallaratese in Milan is Aymonino’s most famous project. Why do you think it is also the most relevant?
Well, precisely because it perfectly embodies Aymonino’s multifaceted personality and the multiplicity of his researches. We should consider that Aymonino was active at the same time as an architect and an urbanist, as a politician, a member of the Communist Party since 1950, and as a journalist, regularly writing for such magazines as Il Contemporaneo and Rinascita. His research activities were almost always conducted collectively, together with such figures as Aldo Rossi and Costantino Dardi, for instance, as well as with the Gruppo Architettura.

A project such as the Gallaratese in Milan is the built transcription of a fruitful discussion and exchange between different skills, disciplines and personalities. I’m not just talking about the all-in-all common combination of theory and praxis, but rather of the capacity to organically articulate historical, critical and theoretical reflection with field experience. This is a quality that particularly stands out from another experience, less known but just as relevant, that is the collaboration with the municipality of Pesaro, started in 1971.

The exhibition juxtaposes two parallel narrations, a professional and a more biographical one. From their combination stems an original portrait of Aymonino, shown as the very serious “master” of architecture but also as the private man, an exuberant and humorous one.
We offer visitors a twofold itinerary: of the two main walls, facing each other, one is dedicated to Aymonino’s works, and the second shows a sort of scientific autobiography. The latter draws from his private archive, where we’ve found an incredible variety of documents: sketchbooks, notebooks, drawings, photographs, writings. The most interesting feature of this documentation is that Aymonino set no boundaries between his personal and professional lives. Therefore, one can find a picture of Aldo and Livia Aymonino, two of his four children, right next to a portrait of Le Corbusier’s lecturing at the IUAV, with all the professors and leading architects of the time. Our task, in this regard, was an attempt to “reconstruct what had been shattered”, which is every historian’s utopian goal, clearly unattainable. And yet, better this way, as Aymonino preferred mixing over classifying. To conclude, several decades of the history of Italian architecture, urbanism, politics and culture surface from the cross-relations between his biography and his career. And everything is reinterpreted through Aymonino’s most distinctive attitude, that is irony.

How has the process of gathering and selection of materials unfolded?
This is my first exhibition, and it was a major challenge. The pandemic’s unfortunate circumstances turned out to be an unexpected occasion. We could get back to the archives several times and make some unhoped-for findings. During one of our last visits to the CSAC in Parma, in early 2021, we came across the maquette of two projects, the Paganini Theatre in Parma [1964] and the Centre Pompidou in Paris [1971]. Models were mostly considered as working tools at the time, so they were often discarded, and they have very rarely survived until today. Another crucial aspect was the collective structure of the research.

The collaboration of Aymonino’s family and several friends was fundamental for many reasons, for instance as it allowed to gather many paintings from his youth. Among the most valuable objects on show I would like to point out an amazing drawing by Marcello Piacentini, who was a cousin of Carlo’s father. We followed the same collective approach for the writing of the catalogue. The selection of authors, based in different cities and universities, somehow reflects Aymonino’s own polycentric geographies.

From the 1990s on Aymonino has been, if not forgotten, at least in part overlooked by architecture criticism and histories. On the contrary, this exhibition offers a comprehensive portrait of his figure, in a place such as the Triennale di Milano, also targeting a general public.
We aim at introducing Aymonino to an audience of non-architects, but we also want to highlight his relevance for contemporary architectural culture. Just as many protagonists from his generation, such as the friend and rival Giancarlo De Carlo, Aymonino’s fortune was deeply affected by the fluctuations of taste. He has been neglected for a period, but from today’s perspective this is not necessarily a bad thing. A few years after his disappearance, we can re-discover his work from new points of view. The purpose of any exhibition is always to suggest a revision of history as it has been written. Carlo Aymonino. Loyalty to Betrayal hopes to set a starting point for a critical and update re-reading of a pivotal figure of 20th century Italian history.