Erected next to the Kaiser Wilhelm Memorial Church, the high-rise by Christoph Langhof is a 118-metre-tall sculpture in glass and steel. 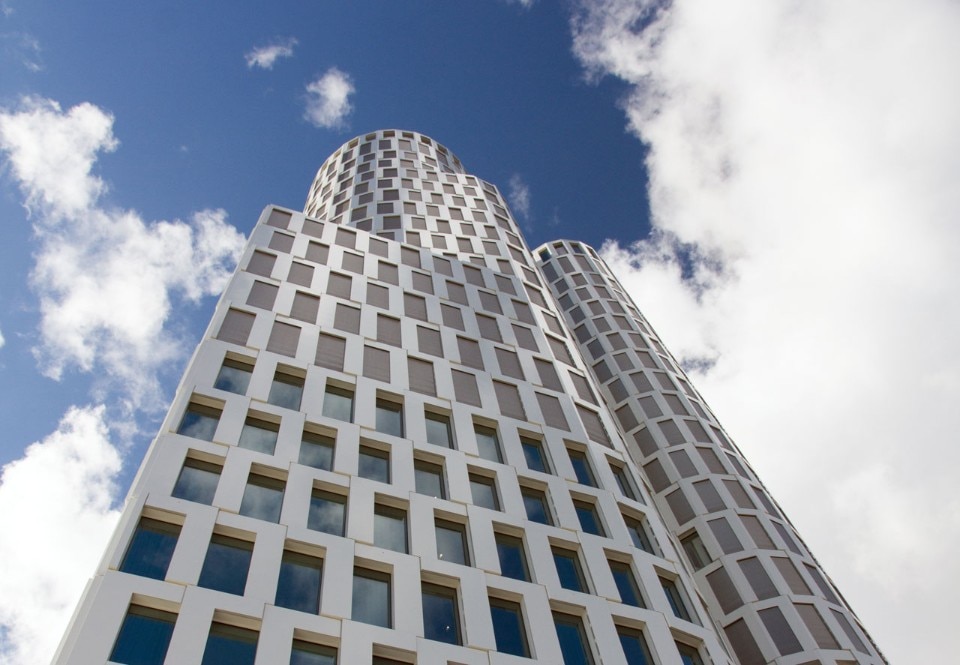 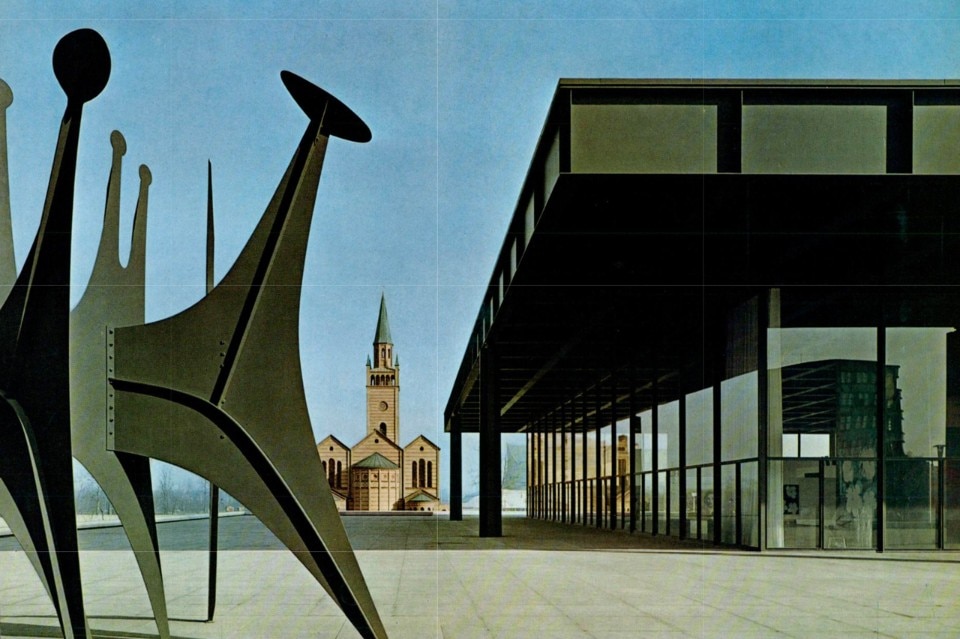 Since May 2017, City West, the commercial centre of former West Berlin (named so after the city was divided by the Berlin Wall in 1961), has a new Crown jewel of architecture: gigantic, sculptural, monolithic in form and gleaming white in colour. It rises from Breitscheidplatz, next to the Kaiser-Wilhelm-Gedächtniskirche, whose bombed ruin (1943) was flanked in 1961 by four reinforced-concrete buildings designed by Egon Eiermann. Located a stone’s throw from Kurfürstendamm, the German capital’s most exclusive shopping boulevard – with the Kaufhaus des Westens (KaDeWe) department store – and lying close to the Zoologischer Garten railway station, the building is named Upper West. It is a 118-metre-tall skyscraper designed by Professor Christoph Langhof (1948) and his architecture firm.

Composed of two architectural elements, a lower eight-story block in the front plus the actual 118-metre skyscraper in glass and steel, the Upper West has a gross floor area of 53,000 square metres divided into offices, commercial spaces and luxury apartments. In addition, the first 10 storeys of the tower host the biggest hotel belonging to the German chain Motel One, while the 33rd and last floor features a panoramic lounge bar with a breathtaking view of the city.

The history of Upper West is long and complicated. Christoph Langhof prepared preliminary drawings of the building, then called Atlas Tower, way back in 1994. It was only the start of a 20-year string of debate and vicissitudes.

In the early 1990s, the site in the heart of West Berlin was home to the Schimmelpfeng Haus built by Gustav Müller and Franz-Heinrich Sobotka in 1957-60. It was considered an integral part of Berlin's historical and cultural heritage until 2009, when the northern wing and central section bridging Kantstraße were demolished. In 2012-13, to make room for a new urban development that would revitalise the area, the southern section was knocked down.

In the early 1990s, Langhof, who was well acquainted with the Schimmelpfeng Haus because his architecture office was located there, observed first-hand how the area became increasingly less frequented and more derelict, a magnet for illicit dealings. In his opinion, the architectural structure of the building was partly to blame. Schimmelpfeng was an obstacle, a physical and visual barrier that contributed to ruining the lively cosmopolitan atmosphere that in the 1950s used to be characteristic of the intricate network of streets here. Langhof became convinced of the need for a new urban plan that would solve this problem, restore the area's chic bourgeois flair, and give more respect to Memorial Church. He decided to present a proposal that freed the entrance to Kantstraße and included a new a skyscraper, offering undeniable urbanistic and economic advantages. The everything-is-possible mind-set in Berlin after the fall of the Wall in 1989 was the perfect basis for such an idea.

But his design was not welcomed with enthusiasm, and criticism arrived from multiple sources. Main opponents included the association Denk mal an Berlin (a play of words: denk mal is an invitation to think; denkmal means monument), which defended the Schimmelpfeng Haus as a historical link connecting Bauhaus to rationalism. Others accused the proposed skyscraper of being too tall: its 118 metres would block views of the Memorial Church, and dwarf it symbolically.

To this controversy was added a change of government and the economic recession that began in 2008. All this made for a captivating 20-year game of political ping-pong until the construction site's official opening in 2014, despite that the project had already been approved by the building committee of the State of Berlin in 2003, and a building authorisation had already been granted to the construction colossus Strabag from Cologne in 2005. The latter authorisation was renewed in 2013.

The 250-million-euro Upper West is the most recent addition to the skyline of City West (named the Neuer Westen in the late 19th century), joining another 118-metre high-rise called Zoofenster (2012), which is home to the five-star Waldorf Astoria hotel.

Back in the early 1990s, the interest of investors was focused on Mitte, the historical downtown district of Eastern Berlin when the Wall was up, and on interstitial spaces in the urban fabric that had been left empty by the fall of the Wall in 1989. In the past ten years, City West seems to have acquired a certain symbolic centrality as the ultramodern part of Berlin's multifaceted character.