The Brazilian metropolis is funding a major urban garden project among local favelas, spreading the consumption of organic produce and providing a source of income for disadvantaged families. 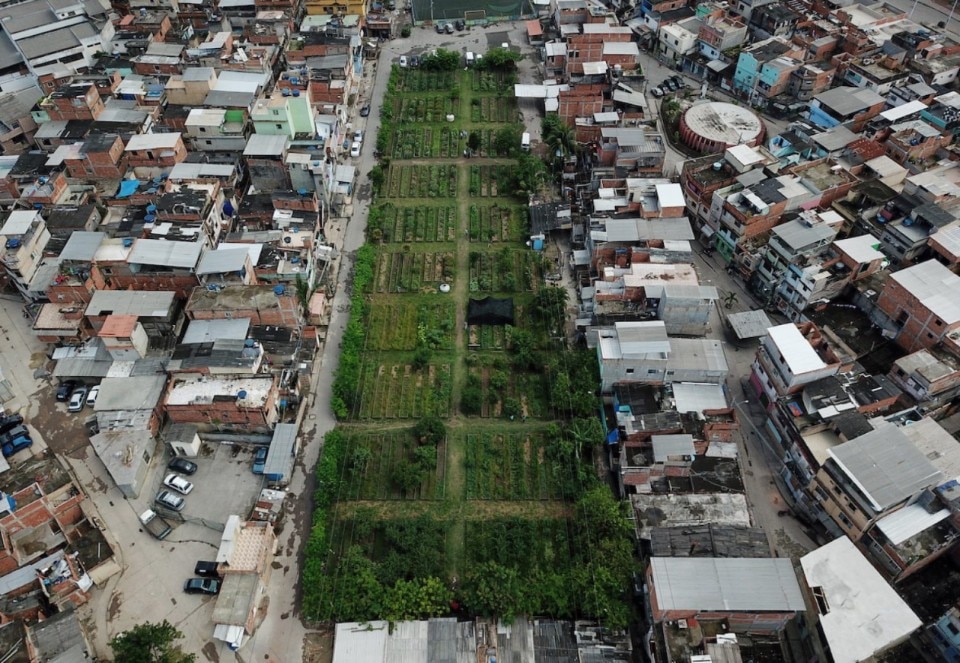 Founded in 2016, Hortas Cariocas is an urban garden project in Rio de Janeiro, aimed at spreading the consumption of organic produce and providing a source of income for disadvantaged families in the Brazilian metropolis. The government-funded activity now has 56 active community gardens, of which 29 are in the favelas and 27 in the city’s schools, while around 50,000 families are already involved in the project, which serves as a source of fresh food for some and income for others.

In close cooperation with the local favelas, the area involved will soon become what, according to the organisers, will be the largest urban vegetable garden in the world. Once completed, the urban vegetable garden will extend over several surrounding favelas, connected by a strip of green land along Madureira Mestre Monarco Park, located in the northern part of the city, including the communities of Cajueiro, Palmeirinha, Serrinha, Buriti and Faz-Quem-Quer. The current project will expand the existing vegetable gardens in the communities of Cajueiro and Palmeirinha, creating an 11-hectare green space for the cultivation of organic products that gardeners will be able to sell and donate to the surrounding communities.

The record-breaking goal has the strong support of Rio de Janeiro Mayor Eduardo Paes, who has made it a point of his administration to have the garden fully operational by 2024. So far, some 400-500 beds have been built, representing only 4 per cent of the total that will be built in the next two years. The ambition of Hortas Cariocas is not new. In 2013, the team reclaimed an area in the community of Manguinhos and started planting seeds, now the largest urban vegetable garden in Latin America.

Read also: One of the planet’s largest urban resilience plans is happening in Toronto