Who is Ib Kamara, the creative who succeeded Abloh at the helm of Off-White

The appointment of Virgil Abloh’s successor to the artistic direction of the brand suggests a conservative future. 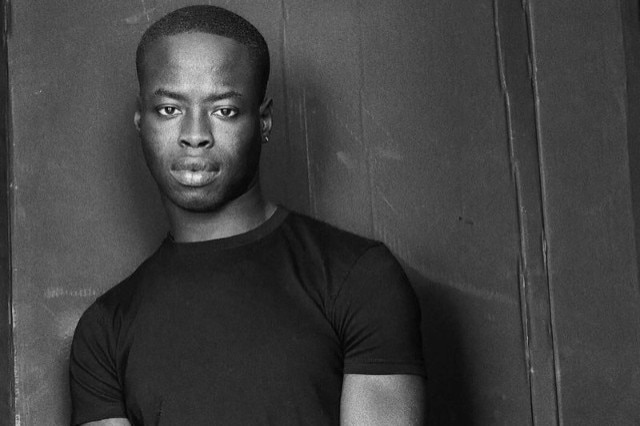 In November 2021, Ibrahim ‘Ib’ Kamara, then editor-in-chief of Dazed, received the prestigious Isabella Blow Award from the British Fashion Council. One of the biggest accolades for the editor and stylist was overshadowed and annihilated within twenty-four hours by the announcement of the sudden departure of Virgil Abloh, friend and collaborator of Kamara and the volcanic mastermind behind Off White.

A little over five months on, and the brand born in Milan in 2013 has designated Ib Kamara, born in 1990, as the successor of its founder in the role of Art & Image Director.

A position that, though, is not exclusive since, at least according to the words of the CEO Andrea Grilli, the only way to continue Abloh’s vision is the establishment of a collective of creative minds, “that represent the best in their category and have a strong and personal connection with Virgil.”

Read also: The percentage of creativity is 3%, according to Virgil Abloh

A Londoner with African roots

Native of Sierra Leone and raised as a refugee in Gambia, Kamara arrived in London at the age of 11. His career counts prestigious roles as stylist for brands such as Burberry, Stella McCartney, Nike, Dior, Fenty by Rihanna, as well as a costume stylist experience in the short film Process (2017) directed by Beyoncé and Kendrick Lamar. These experiences were followed by his appointment as fashion editor at large of i-D in 2018, and later crowned by that as editor-in-chief of Dazed in January 2021. On top of this, in the same year Kamara was featured among the 500 personalities of the year according to Business of Fashion.

The soundtracks of Hans Zimmer and the films of Quentin Tarantino, praised for their ability of creating instantly recognisable and well-defined iconographies, are among his focal references. The application of this mindset to fashion helps to understand the lucidity of Kamara’s image-making.

In the English capital he attended the prestigious Central Saint Martin, where he graduated in 2016 with 2026, a project that explored how the representation of Black masculinities would change over the course of a decade.

The work, presented as part of the “Utopian Voices Here and Now” exhibition at Somerset House in London, revolved around garments reassembled from pre-used clothes and fabrics sourced in Johannesburg. It came as no surprise, then, when Kamara oversaw the direction of H&M’s first circularly-designed zero-waste collection.

It is undoubtedly this clear vision projected towards the future, combined with the enthusiasm in giving Black youth a prominent role in art, what spiritually brings together Abloh and Kamara. Following in the footsteps of his predecessor, Kamara promises to become one of the pillars of contemporary Afrofuturist philosophy.

The right man at the right time

Based in London – the city that has erected the redemption of the colonial past and the celebration of its Black heritage as the termometer of its artistic and cultural initiatives – Kamara seems to be the man who best embodies fashion design as a broader creative and communicative discipline that, today, necessarily unfolds through the iconographic content conceived for digital publishing.

Determined to inspire the creators of tomorrow, in an interview with Vogue, the stylist declared: “Can you imagine [young people] seeing themselves in images that can inspire them to make even better, maybe even, the most incredible imagery that we’ve seen? That’s what I want to see when I’m 40.”

It was therefore inevitable that the announcement of his appointment was entrusted to the brand’s Instagram account, where the accent was placed on the role played by the platform in nurturing a professional bond between Abloh and Kamara. Off-White, once again, seems to astonish us by revealing and consolidating what already is the new norm: an increasing abolishment of communication filters and barriers between the industry and its dedicated followers-consumers.

In the appointment of an editor and stylist to the artistic direction of the brand, we can’t only trace Off-White’s awareness of the changing needs of fashion, but also a will of continuity of Abloh’s vision, an architect who became a demiurge of fashion design and of its communication. Virgil’s testament is well exemplified in a quote of his opening the brand’s press release announcing his successor: “I believe in the romantic interchange between intellectuals about fashion”.

Off-White speaks an undeniably global language but its Italian roots do not escape the lesson of Giuseppe Tomasi di Lampedusa. The brand’s in-house revolution is the most conservative of moves. Working on Virgil Abloh’s artistic testament as a necessity and incentive to continue the revolution started but not yet completed.