France. An exhibition on Japanese playgrounds

The exhibition “Kodomo No Kuni”, presented at the French art centre Micro Onde, traces the history of recreation areas in Japan after World War II. 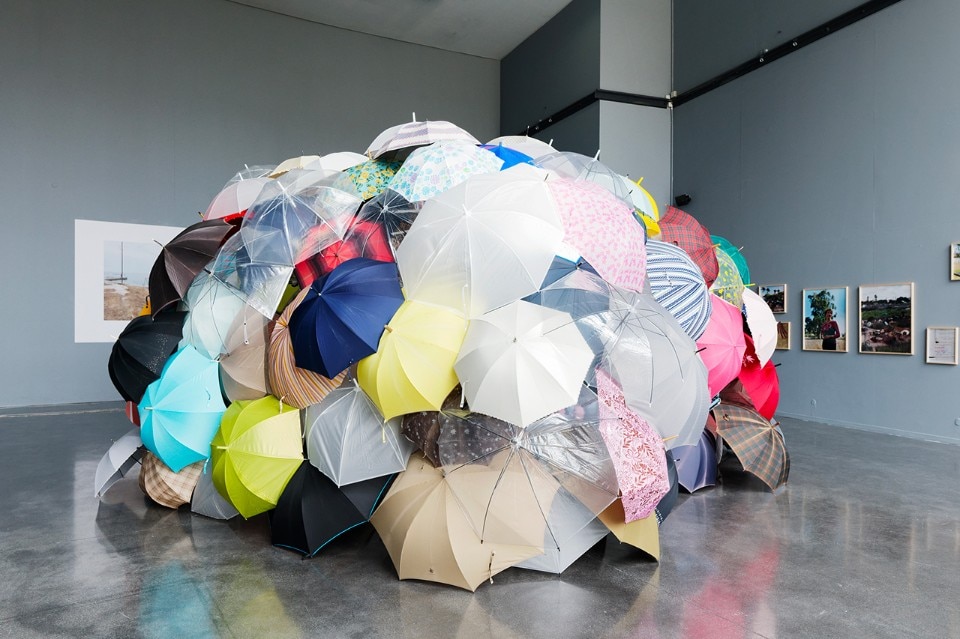 On show at the art centre Micro Onde in Vélizy-Villacoublay, in the south-west of Paris, until the 30 of June 2018, the exhibition “Kodomo No Kuni” explores the role of playgrounds in Japan. The exposition is the result of the long and passionate research of French independent curator Vincent Romagny, who since 2010 has been travelling around the world, from Copenhagen to New York, to cast a new light on the history of children recreation areas. “I met Richard Dattner and M. Paul Friedberg in New York, Xavier de la Salle of the French collective Group Ludic in France, Palle Nielsen in Copenhagen as well as Yvan ‘Lozzi’ Pestalozzi in Zurich. All played a significant role in renewing the forms of the playground at the end of the Seventies”, explains the curator.

The research of Romagny, however, took a new dimension during his first trip to Japan, in 2015, when he was selected as one of the artists in residence at the prestigious Villa Kujoyama, in Kyoto. “At the Noguchi Museum in New York, I had done some research about Isamu Noguchi, who created his first playground called ‘Kodomo No Kuni’ in the park designed in 1965 by Takashi Asada in Yokohama. So, I wanted to understand the circumstances that had led to this project. I was also eager to meet Mitsuru Senda, one of the most important playground designers of the country”, explains Romagny.

Counting more than one thousand playgrounds in the sole Kyoto, what the researcher found went far beyond his expectations. He, in fact, discovered that, since the great earthquake of Kantō in 1923, the Japanese urbanistic regulations require any newly built house to be located within 500 metres from a vacant lot. These lots must serve as meeting places in case of a disaster and must feature an area dedicated to children. “I, therefore, realised that the history of playgrounds in Japan is inherently linked to the history of disasters”, continues the curator.

Sign up for our newsletter and get domus in your inbox
In this gallery: some historical and contemporary Japanese playgrounds
01 / 12
Share
Pin it

This observation is the starting point of the exhibition developed at the Micro Onde art centre. The show features a site-specific installation made of umbrellas, imagined by artist Kohei Sasahara, a photo documentary by photographer Tadashi Ono, which tells the touching story of the reconstruction of a playground that was destroyed during the Fukushima disaster, as well as a reproduction of the Panel Tunnel, one of the most iconic projects by Mitsuru Senda, realised in 1976. The latest is a colourful succession of ludic shapes designed for children to hide and play. “I met with Senda regularly since my first visit to Japan”, explains Romagny. “Each time I was very touched by this old man who explained that most of his playgrounds adopt the shape of the tunnel in memory to the postwar period when children’s games took place in the holes dug by the inhabitants of Yokohama to protect themselves from the American bombings”.

With its accurate selection of artworks, Kodomo No Kuni well illustrates the thesis of Vincent Romagny, according to whom Japanese playgrounds embody the positive power of childhood games to recover from traumas.