In 2013, Arper has tackled the industrialisation of the production of the semispherical Lina Bo Bardi’s seat designed in 1951, produced in a limited edition of just 500. 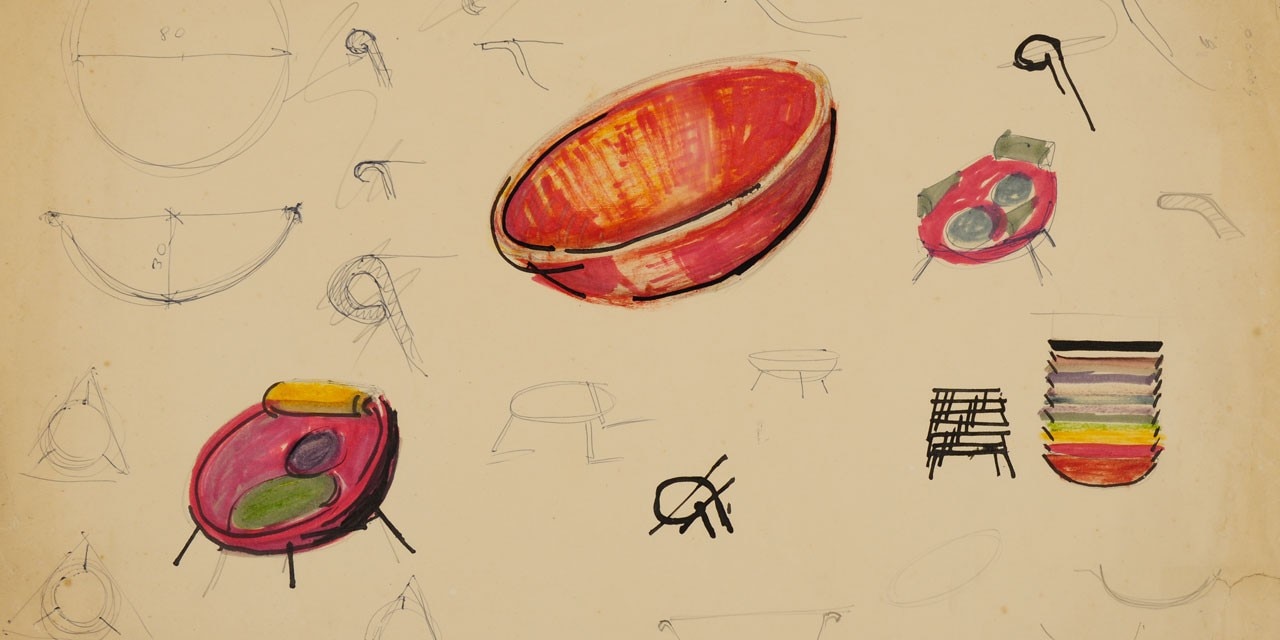 ﻿﻿The Bowl Chair designed by the Italian-Brazilian architect Lina Bo Bardi in 1951 is a semispherical seat resting on a metallic ring structure, supported by four legs. The Bowl Chair’s simple form echoes Lina Bo Bardi’s love for simple, functional, organic forms and this value, which Arper shares, inspired all her projects.

Lina Bo Bardi conceived the Bowl Chair as an object with an essential and universal shape and structure that is both accessible and flexible and able to blend harmoniously into any environment. The seat can be swivelled in different positions and perform multiple functions.

This new approach, where the key element is the human interaction with the object, was revolutionary for the 1950s. Bo Bardi's Bowl Chair reinvented the way people sat – favouring natural and relaxed postures – and testified to a cultural change already underway when it was designed that saw a new way of acting and living: a move to a relaxed and receptive approach to life.

Arper has tackled the process of industrialisation of the production of Bo Bardi's Bowl Chair for the first time. To Arper, the Bowl Chair has the closest synergy with its design aesthetic and sits comfortably with Arper’s existing range of products. However, the Bo Bardi Bowl Chair will only be produced in a limited, numbered edition of just 500. In bringing the Bowl Chair to life, Arper adopted a balanced approach between remaining faithful to the original design concept and the only existing prototype at the Instituto Lina Bo Bardi and adding value by bestowed Arper’s own technical expertise.

Each step of this process has been shared with the Instituto Lina Bo e P. M. Bardi, so that the limited edition Arper Lina Bo Bardi Bowl Chair complies with the original design aspiration of Lina Bo Bardi.

Arper’s new Bowl Chair collection has now been successfully completed. In addition to the original black leather version, the Bowl chair is available in seven fabric colour options. Each colour option comes with three different sets of cushions to choose from, these include a set of one-colour cushions to match the colour of the shell, two-colour cushions or a pair of patterned cushions inspired by Lina Bo Bardi's original sketches.
To share information about Lina Bo Bardi and her works, Arper has also collaborated with Canadian designer Ginette Caron to create a tool called “Lina’s World”. Shaped as a small cart, the keepsake box includes various objects, drawings and images which aim to highlight key moments of Lina’s life, her work and values.