“An Archive of Schools” at the fourth Istanbul Design Biennial

This year’s event curated by Jan Boelen will include a Domusweb presentation of case studies, theories, buildings and experimentations, all connected to design education. 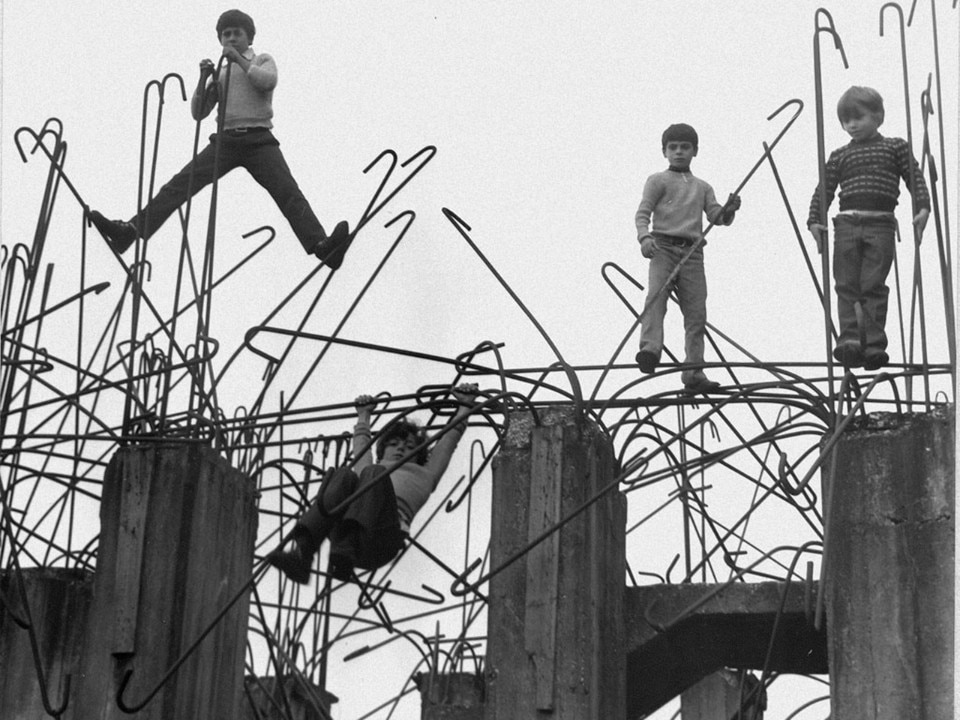 “An Archive of Schools” is an editorial project by Domusweb, curated by Salvatore Peluso, for the fourth Istanbul Design Biennial. Conceived as a digital archive in perpetual motion, the project features historical articles from Domus magazine flanked by contemporary analyses to create a synergistically accumulating flux of knowledge (the archive) and its dissemination (schools). During the Biennial, an opportunity for debate will allow the Domusweb research to be discussed with international guests and the event's curators.

Bench for a different abled boy, circa 1910

What is a school? A physical or virtual place where knowledge is produced or transmitted, where exchange and transition occur. It also consists of individuals who sometimes involuntarily participate in these processes by establishing a particular line of thought or a method of working. What is an archive? A set of documents, texts, pictures or objects that is periodically or constantly updated and organised according to precise criteria. An archive can be a physical or virtual place, a personal collection, a website or a magazine.

The first and largest archive in history is where we begin to store things right from birth: our brain.

The 2018 Istanbul Design Biennial is titled “A School of Schools”. Under the curatorship of Jan Boelen, it is an attempt to redefine design learning. As an open platform, it explores and revisits a number of educational strategies connected to the role of design, knowledge and today's global connectivity. “An Archive of Schools” is Domusweb’s contribution to deepening the themes of this year's Biennial by creating a digital space that will continue to be active after the end of the event.

The Biennial itself is a considerable archive of practices. The curatorial decision to issue an open request for applications offered a way to accumulate ideas, projects and experiences instead of assertively and directly selecting the participants. The Biennial is a listening device to intercept the urgent issues of contemporary times, which it then structures into an articulate discourse. To speak with the German architect and theoretician Markus Miessen, “It would make sense to think of an archive not as something static, a container of knowledge so to speak, but a set of materials that would talk to one another and could constantly be reanimated and put into parallel conversations in order to produce new meaning and relationships. The material can be not only restaged, but put into a new form of social assembly that creates a new post-mortem dialogue of sorts.” (The Archive As a Productive Space Of Conflict, 2015)

A relevant chapter of "An Archive of Schools" is developed with students of the Stigmergy Family Studio led by the designer and researcher Martina Muzi at Design Academy Eindhoven as part of the master's degree course in Social Design. The studio analyses production-driven ecosystems around the world and the social systems behind them. This includes the visible and invisible infrastructure of products, materials, ideas, information and technology. Muzi conceived this teaching experiment as a perennially changing archive. An initial set of references, texts and case studies was remodelled by students to imagine prototypes. Archived in a digital form that will be presented at the fourth Istanbul Design Biennial, these will form the material used for future instalments of the Stigmergy Family Studio.

“An Archive of Schools” is a way to continue learning about design, from the great masters of the past published in Domus magazine to the projects of contemporary designers displaying their experiments in Istanbul and the students who are enthusiastically imagining prototypes and processes for the future.

Read also: “A School of Schools” is a safe space to create new knowledge. As a preview, read the interview with curators Jan Boelen, Vera Sacchetti and Nadine Botha.
Share
Read more