“Architecture should serve to create places where people can live, work and enjoy themselves fully, freely and poetically” (Nicola Di Battista, 2013) 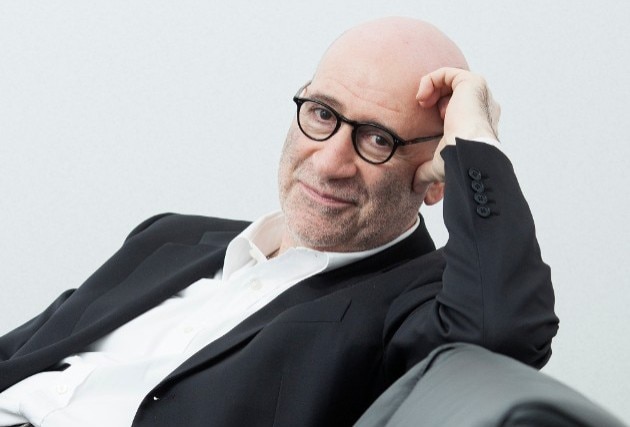 Nicola Di Battista (1953), from the Abruzzi region in Central Italy, studies Architecture in Rome in the 1980s. Even before his graduation, in 1985, he completes a long-term internship in the Milanese office of Giorgio Grassi. Therefore, during the controversial years of Postmodernism, Di Battista gets acquainted with a cultured approach to architectural and urban design, distancing himself from the most whimsical experimentations on the use of decoration and historic languages. He is rather interested in more substantial issues revolving around the notions of typology and morphology, which are vehicles to trace and establish deeper links between new projects and their existing context.

This momentum clearly shows in his first works, realized as the leader of the office that he opens in 1986. These include the Nursing home for the elderly in Giulianova (1986-2001) and the Residential building in Teramo (1987-1991). Di Battista describes his project in Giulianova as “defined by a precise and well identified typology, of the courtyard house (…). The courtyard functions as a green space separated from the surrounding countryside, becoming the ‘architectural site’ of the entire house”. The same term recurs also in the presentation of the complex in Teramo, standing out for the use of the ballatoio (which loosely translates into walkway) as servant space to the individual dwellings. “The importance of the ballatoio as a collective space, ‘architectural site’ of the entire house, is emphasized by a few formal choices, particularly in regards to materials, by its size and by the exceptional presence of the glazed wall”, which encloses it entirely. 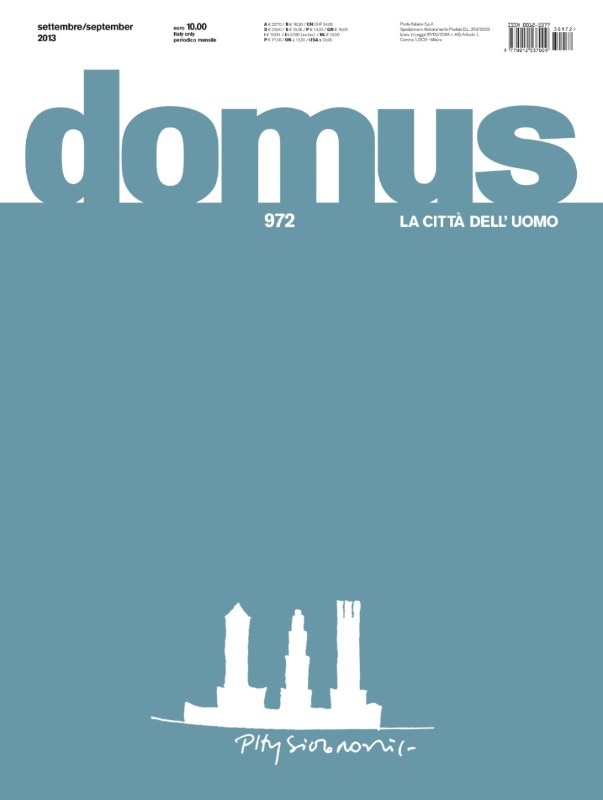 Nicola Di Battista head of Domus: see all the covers

Over the last three decades, Di Battista has taken part in a series of national and international competitions, often getting a good ranking. In 1995, he is awarded the second prize for his proposal for the CCMM 05 Millenium multi-media cultural center, at Rome’s Borghetto Flaminio, which conceives the new buildings both as institutions presenting themselves in the urban landscape, and as ordering elements for the site’s green areas. Di Battista is also shortlisted in the international competition for the Galleria comunale d’arte moderna e contemporanea in Rome (in 2001, with Alan Fletcher), while he is the winner for the Extension of the natural-archaeological museum in Santa Corona, Vicenza (2001-2014), and for the Extension of the national Museum of Archaeology in Reggio Calabria (2011, with Enzo Cucchi). He also teams up with Eduardo Souto de Moura, David Chipperfield and Studio Izzo & Partners for the restricted competition for a New complex within the premises of Bologna Centrale (2008) and with Joào Nunes for the international competition for the Extension of the Galleria comunale d’arte, Cagliari (2012).

New parish center, Foligno, 2001, with Enzo Cucchi and Ettore Spalletti. Restricted competition, project mentioned for its relation with art. View of the model of the central space. Photo © Fabrizio Fioravanti

Lewitt Foundation, Praiano, 2005-2012. General view of the maquette and of the main elevation towards the sea

Extension of the Galleria comunale d’arte, Cagliari, 2012, with Joào Nunes. International competition. View of the maquette of the gallery of sculptures. Photo © Fabrizio Fioravanti

New parish center, Foligno, 2001, with Enzo Cucchi and Ettore Spalletti. Restricted competition, project mentioned for its relation with art. View of the model of the central space. Photo © Fabrizio Fioravanti

Lewitt Foundation, Praiano, 2005-2012. General view of the maquette and of the main elevation towards the sea

Extension of the Galleria comunale d’arte, Cagliari, 2012, with Joào Nunes. International competition. View of the maquette of the gallery of sculptures. Photo © Fabrizio Fioravanti

The partnership with Souto de Moura is repeated on the occasion of the renovations of the Castello Fienga in Nocera and of the Castello San Michel in S. Maria del Cedro, both completed between 2010 and 2013. Di Battista’s professional path is also punctuated of projects at a smaller scale, for permanent, such as the Canteen for a primary school in Limbiate, Milano (1996-2000), and temporary structures, such as the Pavilion Per ri-trovare gli amici, exhibited at the 8th Venice Architecture Biennale (2002, with Alan Fletcher and Pietro Montani) and the Temporary café pavilion at La Gavitella, on the Amalfi Coast. The latter is an interesting attempt at contextualizing architecture within a complex natural site “made of a plan surface, which is a cavity between two cliff faces (…). The pavilion is comprised of two main elements, a concrete podium and vertical wooden boards. An analogy is established with the structures of lemon houses, as well as with that distinctive atmosphere of summer days, enriched by play of light and shadow defined by the sun’s trajectory”.

Di Battista also has a leading role in the field of Italian architectural journalism. For more than five years, from the late 1980s to 1996, he is vice-editor of Mario Bellini’s and Vittorio Magnago Lampugnani’s Domus. In 2013, he takes over from Joseph Grima as the magazine’s director. On that occasion, a new subtitle is introduced, La città dell’uomo, and the editorial board is complemented by a College of Masters and a Study Center. Amongst the most relevant initiatives promoted by Di Battista during his years at Domus is the exhibition Arch and Art, a side event at the XXI Triennale di Milano, where five pairings of architects and artists are called to realize as many temporary pavilions in the garden of the Palazzo dell’Arte. Since 2018, Di Battista has been directing l’architetto, the periodical of the Consiglio Nazionale degli Architetti, Pianificatori, Paesaggisti e Conservatori.

Read also: To celebrate #domus1000, its editor of the time chose objects linked to personal memories, such as Bellini’s Divisumma, and the books by José Ortega y Gasset, “an inexhaustible encyclopaedia of knowledge”.

To conclude, since the 1990s Di Battista has been working in several Italian and international universities, spanning from Zurich’s ETH, where he teaches Architectural design between 1997 and 1999, and the Faculty of Architecture in Cagliari.

In the words of the editors of Domus:

Always battling against time, a perfectionist and constantly in search of a solution to the ‘aporias of our epoch’, Di Battista never holds back where students and the university, his favourite interlocutors, are concerned. Teaching remains his great love to which he devotes magazine pages, presentations, encounters and initiatives whenever possible