The British architect, Guest Editor of Domus 2020: “As architects we have the privilege of working with the physical world – with materials, bricks, stone, wood, glass, metal, with shapes and with light. We deal with matter itself, not only with a detached reflection or observation of the physical world. Poets, painters and politicians should be envious of our advantage. [...] Yet the majority of our architectural environment seems to be characterised by an absence of physical presence. We are surrounded by buildings which express the cynicism of their design.” (1994) 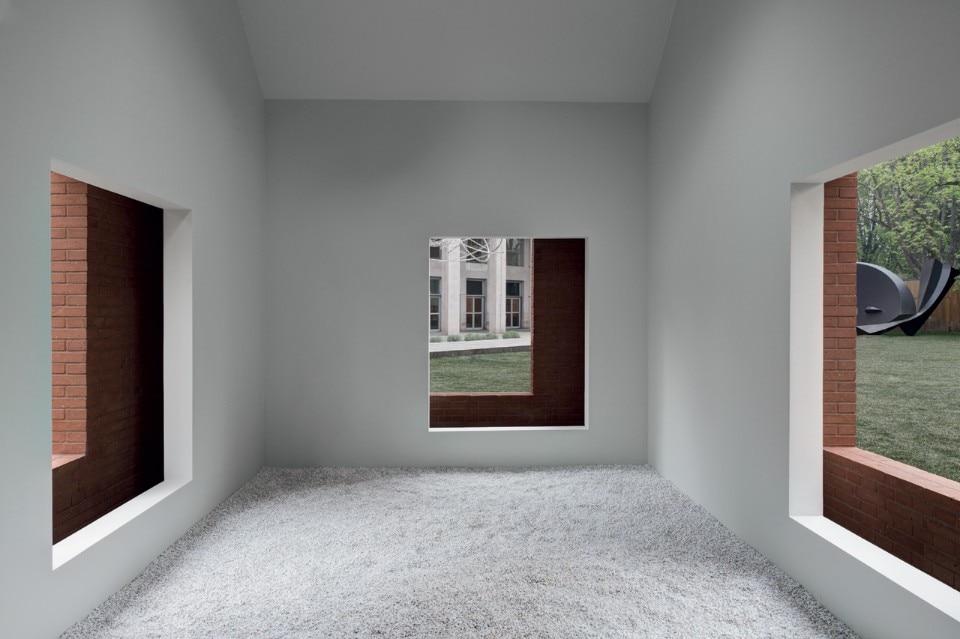 Born in London in 1953, David Chipperfield graduated in architecture at the London Architectural Association in 1978, after having also attended the Kingston School of Art. On obtaining his degree, he began his apprenticeship in the studios of Douglas Stephen, Richard Rogers and Norman Foster, dividing his time between the three for approximately seven years.

In 1985 he set up David Chipperfield Architects, which to date has various international offices (London, Berlin, Milan, Shanghai), as well as temporary offices set up as necessary in the cities where the most important projects are located. In the same year he was one of the founders of the 9H gallery together with Richard Burdett, Yehuda Saffran and Wilf Wang – with the aim of promoting exhibitions dedicated to artists and architects in line with the theories sustained by the 9H group, which are neither reflected in the English post-modern school of thought of Terry Farrell or Quinlan Terry, nor in the technological exasperation of masters such as Richard Rogers and Norman Foster. The gallery in England, the name of which is taken from the title of the magazine by Nadir Tharani, presents the work of Luigi Snozzi, Herzog & de Meuron, Álvaro Siza, Rafael Moneo, Borsi Podrecca, as well as that of Loos, Wittgenstein, and Terragni. Figures who have the merit of having carried out their profession as though it were a veritable art.

The beginning of Chipperfield’s career was characterised by designs which were little-known to the general public, but which were immediately acclaimed by the British architectural press: the showroom for Issey Miyake in Sloane Street and the Equipment Shop in Rue Etienne Marcel in Paris were presented at an exhibition held at the Cramer Street Gallery as far back as 1987. These were the first steps towards that “defence of the meek” fully explored in the Manisfesto “Theoretical Practice” (1994) and asserted through a statement by Nietzsche: “the only thing – states Chipperfield – that can now aspire to masterpiece status is something small”. Thus, the small-scale projects that came later, such as the River and Rowing Museum in Henley-on-Thames (1989-1997), in which attention is focused on the relationship with the natural or urban landscape – not in terms of mimesis, but of dialogues which were often anti-aesthetic – and the physical nature of matter which has weight, depth and texture.

On receiving the contract for the design of the private Gotoh museum in Chiba, from 1988 to 1992 Chipperfield moved to Japan, where he also designed the Toyota headquarters in Kyoto and the Matsumo Corporate Building in Okoyama, for which he experimented with the use of exposed reinforced concrete, a tribute to the figure of Tadao Ando. These are works in which the particular layout of the Japanese urban fabric allowed the English designer to combine masses and spaces, setting out an architectural composition where the interior can be viewed through the construction of infinite perspectives. This is a style that can also be seen in later buildings, such as the home-studio that he built for himself in Berlin (1994-1996).

Returning to England to follow works in Henley-on-Thames, Chipperfield further examined the theme of ties with the history of locations. English archetypes such as the house-boat, and the typical wooden barn of Oxfordshire were reinterpreted according to a strategy which, as Chipperfield said, “assumed the principle of a traditional form and re-described it in detail. The choice of the materials and the composition of details allows for an alternative reading of the construction”.

This period also saw the complex matter of the call for tender for the Neues Museum in Berlin, for which Chipperfield participated in the first stage in 1993. Four years later the final project began, and only in 2009, with the inauguration of that which was undoubtedly one of the best works of the 20th century, “a monumental combination of existing buildings, layers of tradition and majestic ruins” (Irace, 2011). The period in between is characterised by a long list of urban projects and works: the call for tender for the Hospital of Santa Maria della Scala in Siena (1992, together with Rogers), for the historical centre of Salerno (1998), for the expansion of the Venice cemetery (1998), the building of the entrance to the Paseo del Oval in Teruel (2001-2003), the Città delle Culture at the ex-Ansaldo factory in Milan (for which works began in 2000, to be concluded fifteen years later, following endless controversy and partial disownment), the masterplan for the re-qualification of the historic centre of Pisa (2007-2009), the Des Moines Public Library in Iowa (2002-2006), the Museum of Modern Literature in Germany (2002-2006), the Hotel Puerta America in Madrid (2003-2005) and the Liangzhu Culture Museum in China (2007). More recent works, including a number which are yet to be completed, include the Nobel Center in Stockholm which began in 2013, and the West Wing of the MoMA in New York. These are all projects which, despite the continuity of methodology, are a perfect symbol of the presumption of Chipperfield that: "Architecture should speak for itself Every architectural work is its own manifesto."

Chipperfield has received many awards, including the special mention at the Schinkel Prize (1981), the AIA Award for the Rowing Museum in Henley-on-Thames, the RIBA Award (2003), the European Union Prize for the Neues Museum (2010) and the Royal Gold Medal in 2001. He has worked as a visiting professor in many universities (Harvard, Cambridge, Graz, Naples, Lausanne and Chicago) and professor at the Staatliche Akademie der Bildenden Künste in Stuttgart (1995-2001).

In the words of Italian architectural historian Fulvio Irace: "A foreigner in his own country – England – where he gained his academic and cultural education, Chipperfield found in Europe (above all in Italy and Germany) the first signs of support for an activity which immediately seemed particularly congenial to the themes and problems of European cities, and in particular to the need to examine the delicate question of historical heritage through the endless search for a balance between innovation and conservation, and with the equally endless challenge of taking on the theme of collective memory and national identity."