An image suspended between reality and legend. Interview with Enrique Ramirez

The tenth edition of Video Sound Art festival was inaugurated by the Chilean artist, who for the occasion invaded all the spaces of the historic Romano swimming pool in Milan. His production is suspended between myth and historical fact, political action and poetic action. 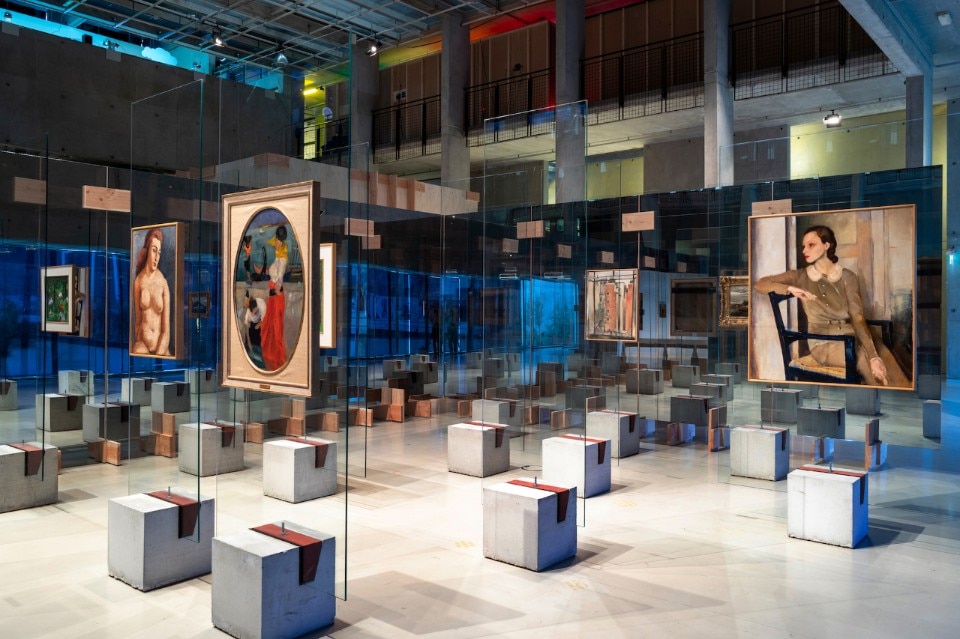 The 2020 edition of Video Sound Art festival started in Milan on September 16. This festival promotes the contamination between visual arts, video art, performance, cinema, theatre, music and other disciplines, and brings them to places that are not usually dedicated to art. Just to name a few, over the last few years it has been held at the Liceo Volta, the Franco Parenti Theatre, the Bagni Miseriosi (‘The Mysterious Baths) in Milan and the former Albergo Diurno in Venice. This year, the tenth edition of Video Sound Art took place at the Piscina Cozzi and Piscina Guido Romano, known to be the two historic Milanese swimming pools. The event is organized in three parts: from September 6 to October 1, from October 16 to November 16, and from November 23 to December 3. The protagonist of the first part, which is being held at the Romano swimming pool, is artist Enrique Ramirez, finalist of the Duchamp 2020 prize, who is also holding a solo exhibition in the same days at the Centre Pompidou in Paris. For Video Sound Art, Ramirez has created an exhibition made of films, but also installations, sculptures and photographs, which unfold in all the spaces of the pool, creating a dialogue with them: the changing rooms, the Art Nouveau building, up to the immense swimming pool with three screens on its side. The artist also participated in a project organized by the Italian Touring Club, which made its archive available to create a selection of images. His work constantly ranges from dream-like atmospheres to the harsh reality, oppression and liberation, myth and historical fact, political action and poetic action. In a long chat, Enrique Ramirez explained to us the themes of his research and production, and what will happen during the tenth edition of Video Sound Art.

Which works will we see at Video Sound Art Festival? Why did you choose them?
It is a wide selection of photographs and videos from different years of work, among which I can nominate Oceano, which is a series of films I made on a boat between Valparaiso Chile and Dunkirk, France; A man who walks, which was present at the Venice Biennale in 2017, to name a few. The selection was made in conjunction with the curator Laura Lamonea.

You are an international artist, who lives and works in Paris, but in your works the reference to Chile is frequent. What does this land represent for you (in addition to being your homeland) and what do you want to tell through it?
My works start from there because it is the place I know best. But for me it is important that my works have a much more open reading: they do not speak just about Chile, rather than the condition of the world. Chile and Latin America are a starting point to look at the world.

I noticed that the sea is a recurring element in your works, even in the case of videos shot in disparate places. Is it a case or is there a reason?
Chile has 4500 km of coast, Our sea is full of stories, political and poetic, we are a country that is a whim of the earth, we are locked between the sea and the mountains. I come from a family that always sailed and my father is a builder of sails boats: my relationship with the sea is emotional, but also political. Our sea is our cemetery, but if we think about the military dictatorship, our sea is also our horizon.

Video Sound Art takes place this year in two special frames, the historic pools of Milan. Have you ever worked in a similar environment? Did the water have any influence on your way of organizing the show?
I have never made an exhibition around a swimming pool, but if I have filmed a lot inside them, of course, the works are thought entirely in relation to the place and the relationship that the viewer has with it.

Your work is not only made by video installations, but by a path made of sculpture, installations, photographs. By what method do you build this body of works?
Form or material is a means to tell stories itself. It’s a way to see the world, sometimes on video through light, sometimes the ideas need to be palpable, to be objects. I was born in a candle building workshop, where there were many machines, a guitar, a microscope, dogs, boats, cameras, pencils: those are my means, and I occupy them whenever I consider it necessary.

Finally, what did you find in the Archive of the Italian Touring Club? What kind of images did you choose?
It is a wonderful archive but I could explore very little, given the conditions in which we live today and the impossibility of traveling. My selection is more the vision of a tourist inside a collection of images: I focused on the journey of immigrants from Italy to Latin America. I hope to return to that archive because it is truly a treasure full of stories.