Starting from the 1925 International Exposition, the Cité de l’Architecture narrates the story of the “crazy years” and of the exquisitely industrialised and intrinsically commercial root of the Art Deco. 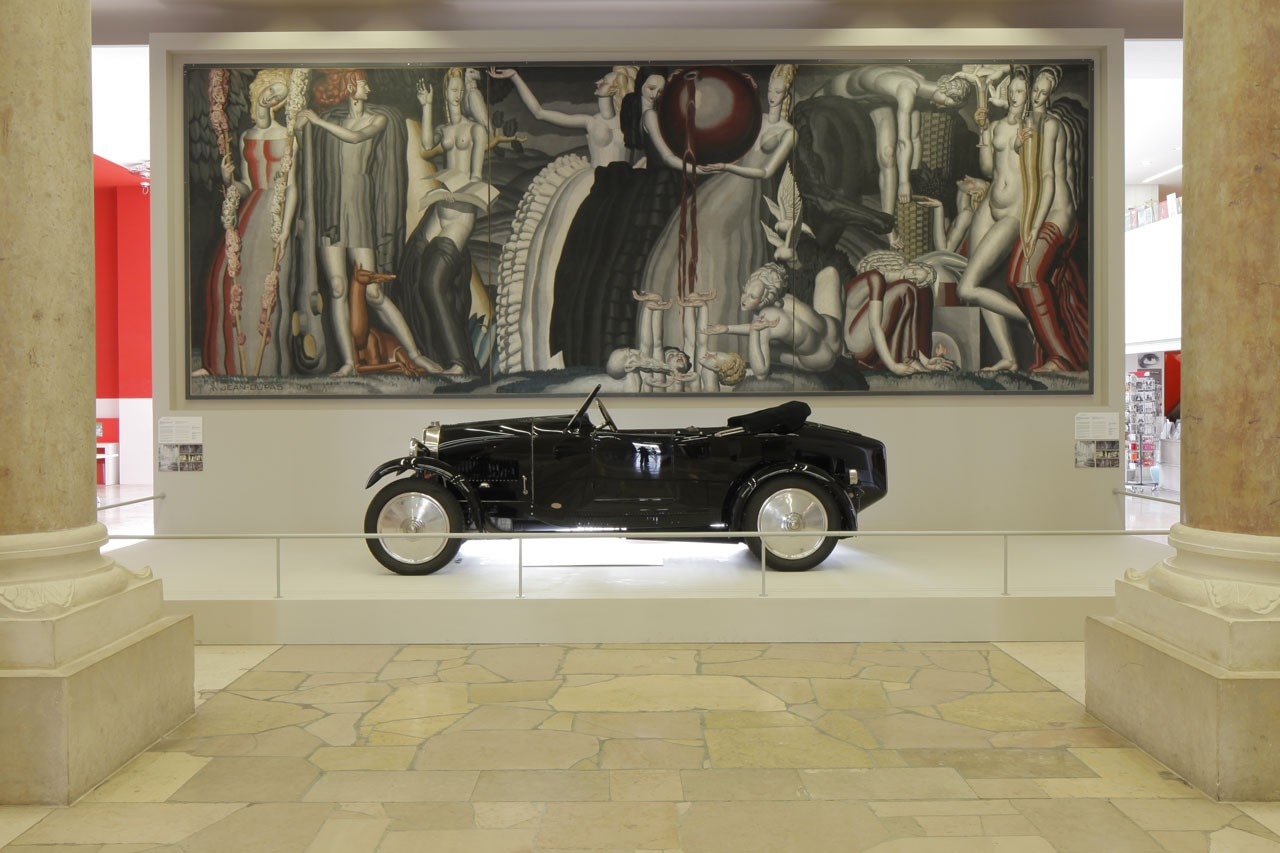 The story narrated by the exhibition at the Cité de l’Architecture is essentially that of the first successful attempt to globalise art and formulate it in a myriad of regional languages.

The epicentre of the rapid expansion of Art Deco from Paris to the four corners of the planet was the 1925 International Exposition of Modern Industrial and Decorative Arts – from which many of the collection pieces on show originated.

A second level of interpretation centres on the search for an exquisitely industrialised and intrinsically commercial root of the style. Although it instantly became international, Art Deco was born in the specific context of the French atelier and out of teamwork – at the core of which is the notion that the ensemble is the glue that gels the creativity and talent of master glassmakers, moulders, ceramists and fresco painters.

The Palais de Chaillot is the epiphanic monument to the movement’s late maturity but this exhibition seems only to mention the serious issue of architecture in passing. The new take on a subject not presented in such scope since 1975 looks at the general inspiration it produced and the hothouse of new ideas it brought in the post-war period: from Robert Mallet-Stevens’ Modernism to Roger-Henri Expert’s Classicism.

There are, of course, anecdotal objects, adventures and fine fairytales: from Tamara de Lempicka’s all-aluminium furniture to the dressmaker-architect partnerships, such as that between Louis Suë André Mare and Jean Patou, and the relative collection merchandising.

However, the simildéco exhibition design plays second fiddle to the centrality and importance of its subject: the emergence of architecture seen as a vehicle for the dissemination of brands and conquest of market shares, early omens of today’s mammoth and frequently sad proliferation of shopping malls and outlets, unfortunately not even by named architects.

One interesting line of experimentation produced pavilions named after the large department stores (Grands Magasins du Louvre, Bon Marché and Galeries Lafayette); extraordinarily modern, they were built at the foot of the Grand Palais. Not only were La Pomone, Studium, Printemps and La Maîtrise exquisite examples of decoration, they were also consummate illustrations of the new interior design as too spectacular feats of technical construction.

The exhibition displays many splendid drawings, some truly must-see, such as the original Printemps roof in reinforced concrete incorporating glass creations by Réné Lalique.

The whole pavilion was topped with a 20-metre diameter dome resting on eight pillars – with a framework constructed by the Perret brothers and decorated by Charlotte Clauchet-Guilleté.

All are well-documented examples of attempts to show the world this very-French excellence – as well as being a business and showroom that hardly any of the artists and architects in vogue could ignore.

More than a few constructed buildings at their own expense, such as Jacques Emile Ruhlmann and his Hôtel du Collectionneur; many pavilions have gone down in history, such as Mallet-Stevens’ Maison du Tourisme, with others remembered for their furniture and ambitious drive to export style – as illustrated by the Société des Artistes Décorateurs.

Sponsored  by the Minister for Fine Arts, they produced an imaginary French Embassy that condensed the cream of the new style advocates and resulted in larger accomplishments, such as Albert Laprade’s Embassy in Ankara and that in Ottawa, which saw the involvement of  Jean Prouvé, among others.

True stories of modernity (all 20th century) appear throughout exhibition, including the SS Normandie and SS Ile de France ocean liners, exhibits and records of their outstanding interiors and a splendid film on life on board. Cinemas and airports also play a large part, as do the headquarters of the great nascent corporations.

Aided by a fine catalogue, it allows us to trace the history of a very special edition of a successful international exhibition. We can forget the excellent display of car radiator caps and (welcome) absence of Art Deco bijoux but, at last, admire the contribution made by Josephine Baker and Al Brown towards the study and promotion of the African culture.

The “crazy years” did, indeed, generate ethnographic museums but also a different concept of cultural tourism.