Ibrahim Mahama covered the toll booths of Porta Venezia in Milan with hundreds of bags of jute. A public work of art that speaks of migration, globalization, movement of goods and people across national borders. 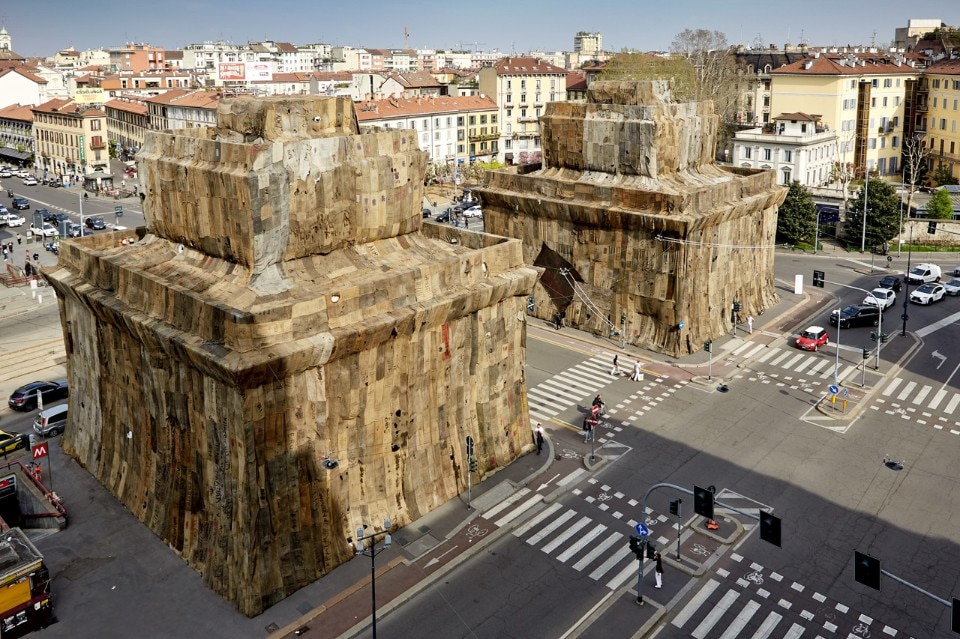 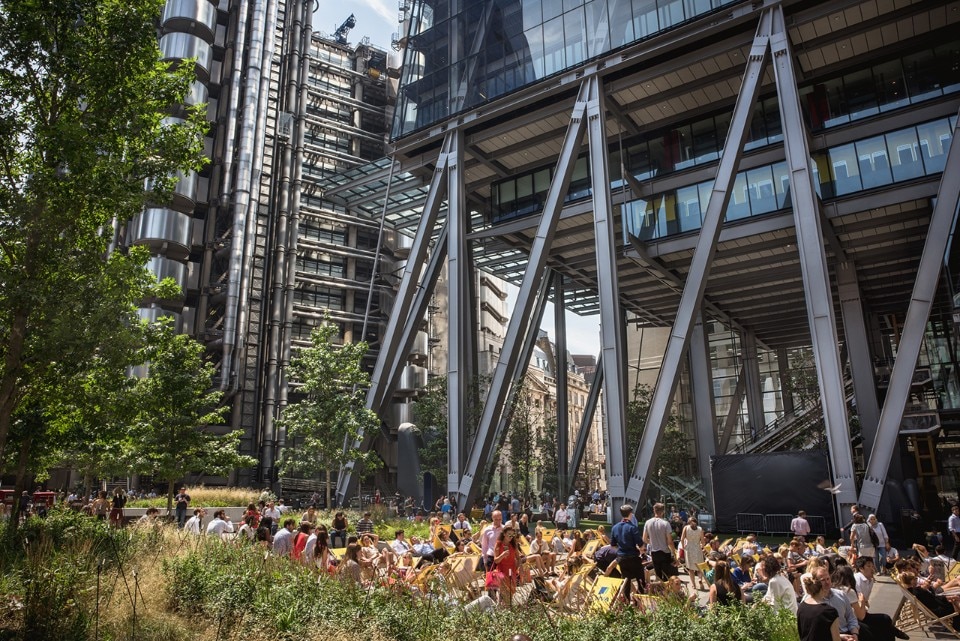 The Ghanaian artist Ibrahim Mahama was invited to Milan by the Fondazione Nicola Trussardi to work on the two neoclassical tollgates at the Porta Venezia. His urban-scale installation consisting in hundreds of jute sacks covers the architecture of a key site in the city. Known as Milan’s Oriental Gateway, it was historically the boundary separating the urban fabric of the city from the countryside. Entitled “A FRIEND” and curated by Massimiliano Gioni, this work reflects on migration, globalisation and the circulation of goods and people across borders and between nations.

Let’s start from the title “A FRIEND”. Why this title?
“A FRIEND” comes from the book So Long a Letter by Mariama Bâ. The story deals with a relationship between a woman and her husband, a conflict within their marriage seen in relation to the society of the times. In the last two or three years, I’ve often used the titles of books that take a late 20th-century crisis as their starting point. “A FRIEND” is the English translation of the book’s Italian title. It is very simple and refers to the issue of migration but also the relationship between Europe and Africa over the centuries, with a focus on the exploitation of labour and exporting of goods.

Jute sacks have a specific meaning in your research, could you explain it?
They somehow explain life at a microscopic level. Jute sacks are traditionally used to transport cocoa and Ghana was the number one exporter of cocoa in the 20th century. After it gained independence in the 1950s, most of the money we made with cocoa was allocated to the construction of social infrastructures but they were never actually built. There was this potential and architecture, which was linked to it, forged a relationship with eastern Europe. Many eastern European architects worked on these social projects in Ghana which were never completed.
I felt that this story was somehow absorbed into the history of this material, which is now produced in India and Bangladesh, brought to Ghana (and other parts of Africa) and used to transport goods. I’m more interested in the paradox between the simple language of this material and all the labour that goes into the goods it holds. The goods are then shipped to the West where the material remains, taking on other forms, but all the previous labour and compositions become a part of it, again and again, until it seems about to fall apart. My interest lies in that precise point where all these stories have been channelled into the simple organic material. I think it says something about humanity and how the world is constructed.

You often work with migrants who sew the jute sacks. Did you do the same in this case?
This work was in production for a long time. I started the research in 2011 and much of the material used here comes from other projects. This material has travelled significantly; it’s been to Venice, Kassel, Canada, England and Ghana. I normally work with different communities to sew it and this work is more an assembly of projects from the last five years.

What is your relationship with the urban context? How did you approach Milan and this specific place?
In this case, the location was proposed by the curator (Massimiliano Gioni – ed. note) and the Fondazione Trussardi. I thought it was interesting. I mostly produce independent projects and travel to find specific places for the work but this time I liked the proposal.

What are your expectations of this work in Milan?
It may be a little hard to understand in advance because when you see this work for the first time you don’t really know how to relate to it. Nor is it beautiful because it’s made of materials that are old and worn. I don’t have specific expectations. I just think that if people experience it on a daily basis (perhaps seeing it in passing as they drive through it) it will leave some kind of impression in their mind.

You have created this type of work in other cities. Working in an urban space requires a relationship with a mixed public. How do you think your work has been received in the cities where you have presented it?
Many people have liked it because they are interested in political implications of the work but, equally, a lot of people have really hated it because of those same political implications as it doesn’t really fit into the way they see the world. The form is the most important aspect of the work’s aesthetic as too how political that aesthetic is, what it is proposing and how it makes people decide how they feel about it.

This work has been compared to Christo’s wrapping and to Alberto Burri’s use of hessian sacks. Do you have any reference artists for your research?
I have been very familiar with Christo’s work since I was at school. I was strongly motivated by his works in terms of carriage and his spirit of production but as regards political motivation we are very different in the way we think about art and about the political implications of the material. I believe people are sensitive enough to read it because they are used to understanding the world visually rather than philosophically so if you look at the jute sacks and at Christo’s fabric you realise they are two different things; the implications, the motivations and the system running through the jute sacks are very different, also in production terms. The artist Robert Rauschenberg has been very important to me… Doris Salcedo, Theaster Gates, Santiago Sierra and, indeed, Anselm Kiefer and the way he sees materials in relation to the history of art… the architect Francis Kere, who does a lot of social projects with materials from the earth. I could list many more...