That which is obsolete is precious

From an interest in nature and the landscape to a fascination for cataloguing methods, from archaic techniques to scientific concepts which are infused with mythology and fantasy. A conversation with the Sicilian artist. 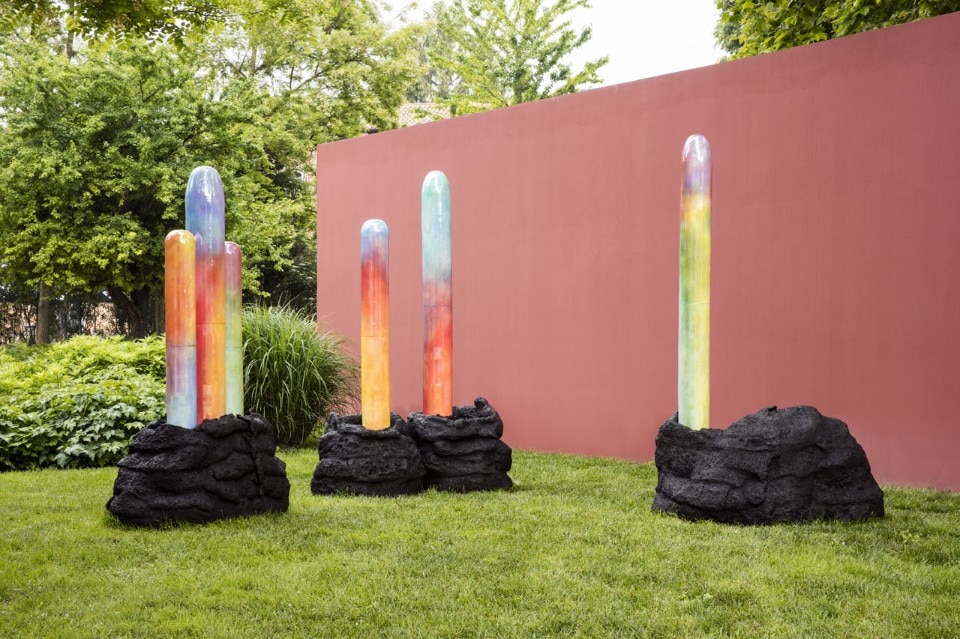 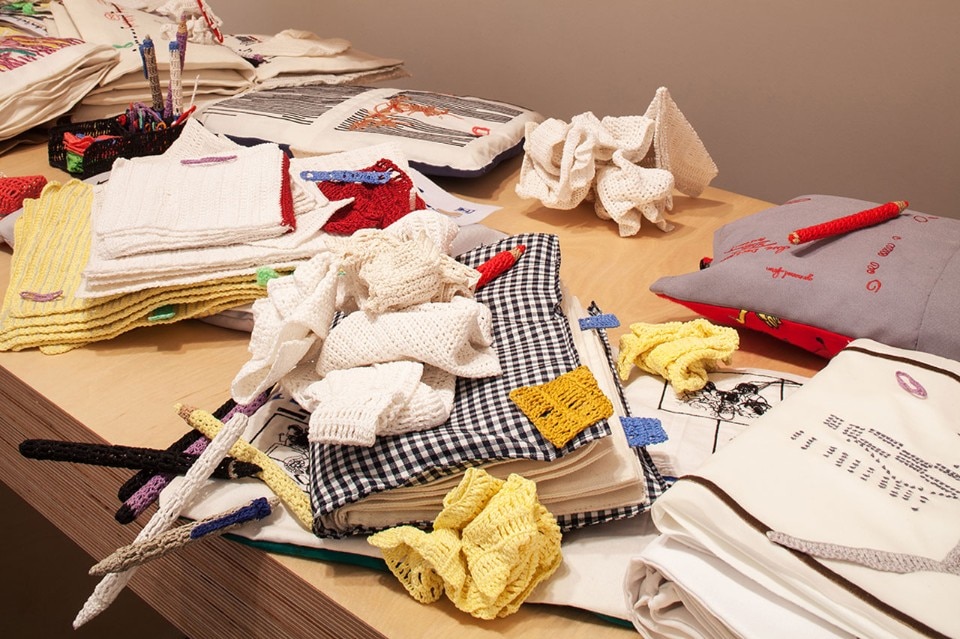 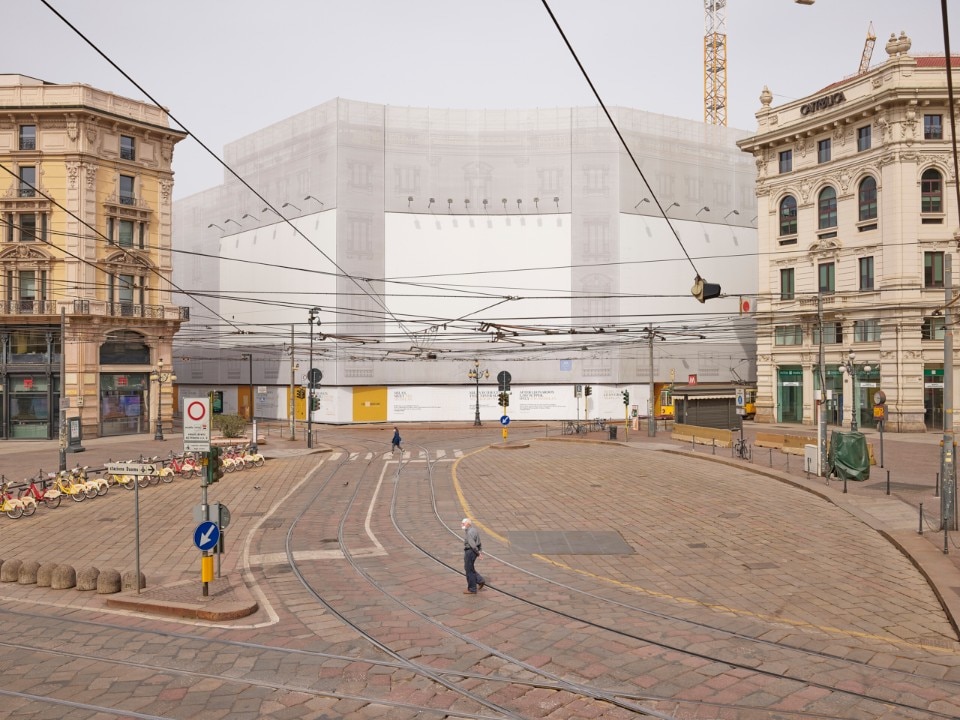 Salvatore Arancio has always been attracted by unusual natural forms. His designs bring life to primordial landscapes, the result of a combination of scientific and fantasy visions, and to the concept of travel, not only physical but also internal and temporal, allowing them to lead both back in time and internally, towards the recesses of the psyche.

A touch of the psychedelic runs through all of his work, expressed in the non-linear narrative, the coloured filters, the dilated and disorienting sounds, dreamlike or spasmic, and in the metamorphoses of ambiguous implications which his subjects inevitably undergo.

This projection of fantasy is however combined on the one hand with an interest in methods of cataloguing and the materiality of actions, and on the other in techniques of archaic origin.

Let us take, as an example, the recent exhibition “Surreal Science: Loudon Collection with Salvatore Arancio” at the Whitechapel Gallery in London. Here, the artist responded to a private collection of objects brought together to favour the study of science and the world of nature.

The objects collected or commissioned by George Loudon include fossils, archaeological finds, anatomical tables, botanical elements and parts of animals, as well as delicate and precious copies made of glass, ceramics or other materials. There are also books and documents. The selection was interlaced with objects made by Arancio with a wide range of materials, some juxtaposed, some grafted together, creating alien beings and enigmatic hybrids. The shelves full of these “close encounters” were partially screened by acid-coloured glass which acted as a diaphragm, providing the overall collection with a distant feel.

The installation also included a number of videos again constructed through the combination and manipulation of images and fragments of archive material. This also saw the emergence of a combination of scientific interest, paranormal phenomena and extrasensory power. The soundtrack, commissioned from the musician Julian House, accentuated the sense of depth.

I was attracted by the confusion between fantasy and reality which emerged from the fanciful interpretations of these scientific artefacts provided by illuminated figures of the time to compensate for the lack of actual knowledge.

Gabi Scardi: How did you bring together the discovery of the Loudon Collection with the idea of nature that regularly emerges from your work?
The collection was put together over the last decade by George Loudon, who was already well-known as a collector of contemporary art, after having seen the incredible late-1800s glass creations by Rudolf and Leopold Blaschka of Dresden for the first time at Harvard University.

From that moment onwards, Loudon focused exclusively on objects relating to the combination between the scientific and natural worlds, basing himself on the same criteria used for the contemporary art collection, considering these crafts works as veritable works of art. An entirely post-modern approach. One particular aspect of the collection is that the items were originally used for educational purposes, to illustrate scientific notions.

This led to the ties with my interest in nature and landscapes which lies at the foundation of my art, but above all for the aesthetic aspect which emerges as a result of this process. At the same time, I was attracted by the confusion between fantasy and reality which emerged from the fanciful interpretations of these scientific artefacts provided by illuminated figures of the time to compensate for the lack of actual knowledge.

There is a strong impression of perceptive and sensory alteration...
I am interested in how the juxtaposition of elements and the convergence of various keys to interpretation come together to create an immersive experience which, in a certain sense, goes beyond the work itself. This leads to the creation of a timeless space, a kind of mental journey through my world, in which scientific concepts blend with mythology and fantasy.

Moreover, the idea of the journey is often present in my work, tied both to a dislocation of time and an idea of nature seen as the theatre for archaic rituals, where lysergic substances can induce states of trance in order to connect us to something spiritual and irrational.

At the same time, I also refer to my interest for 1960s and 70s psychedelic music, early acid house from the 1980s, or films by directors such as Ken Russel or Alejandro Jodorowsky.

Your work has a conceptual foundation, yet in many cases you make use of obsolete techniques which you recover and readapt, encouraging artisans to explore the possibilities offered by the materials in order to meet your requests. The Loudon Collection undoubtedly stimulated you in this sense, something clearly demonstrated by Glass model of a Portuguese man o’war.
I am fascinated by that which is obsolete. To me, this characteristic generates an aura of preciousness. Furthermore, techniques and methods are involved in a process of continuous change and obsolescence, and this is indicative of how our relationship with the scientific world is in continuous evolution. Changes in position tend to generate a sense of nostalgia which I find very stimulating.

I also refer to my interest for 1960s and 70s psychedelic music, early acid house from the 1980s, or films by directors such as Ken Russel or Alejandro Jodorowsky.

In the age of the rapid and ephemeral, the Loudon Collection speaks of the desire for permanence over time and the passing on of knowledge.
Initially, I had to reflect extensively on how to interact with this collection in order to find a way to express my point of view without entering into competition with the artefacts.

In the end, I decided to add my own works according to a method based on the idea of the diorama and using my sculptures and the other works created for the exhibition as settings within which the objects from the collection could exist, with the intention of transporting them into a fantasy world through interaction with my sculptures.

The juxtaposition between the archaic and the modern also contributes to creating a temporal collapse. In this situation, the viewer often finds themselves trying to understand at what point my works and the items in the collection come together.

Opening image: Salvatore Arancio, It Was Only a Matter of Time Before We Found the Pyramid and Forced it Open, 2017. Glazed and unglazed ceramic, epoxy resin. Installation view at 57th Biennale Di Venezia, Giardino Delle Vergini. Courtesy the artist and Federica Schiavo. Photo Andrea Rossetti