On show at the Castello di Rivoli, broad-ranging projects by Uriel Orlow address the link binding present/future to an unresolved past, without yielding to the temptation to simplify this theme. 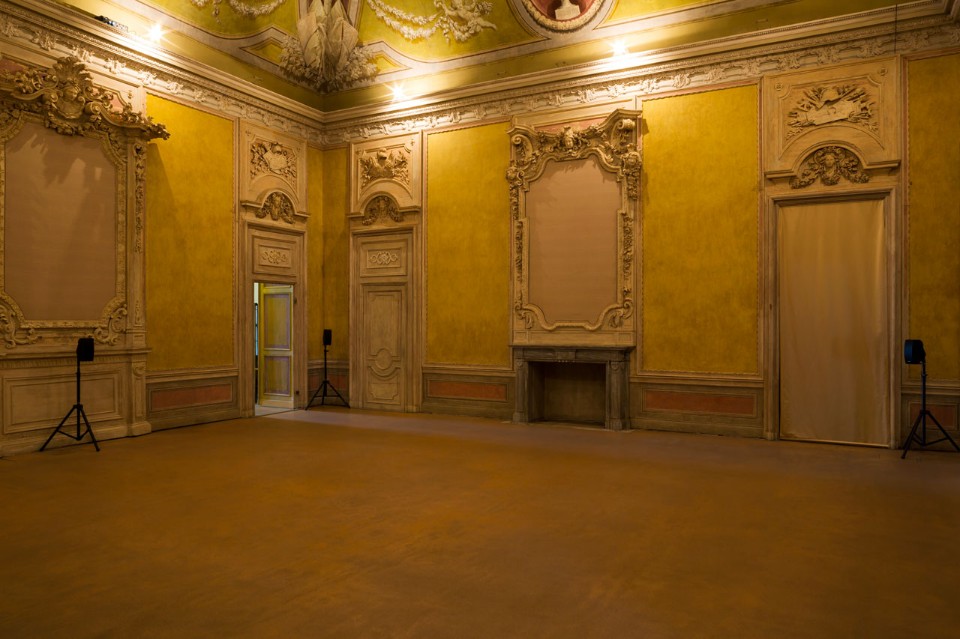 Facts and events in history cannot be compared. Each one is unique, each pain and each trauma unrepeatable but, with passing time, major events converge on the same place; or a place’s history reveals excruciating recurrences. Stratified time and an intricate tangle of hark-backs and effects may make apparently distant moments seem simultaneous.

Uriel Orlow, a Swiss artist based in London whose fine exhibition is on at the Castello di Rivoli, has always focused on this subject with his rigorous and concise but all-enveloping work that brings great clarity to prominent issues and generates emotionally charged situations. His broad-ranging projects address the link binding present/future to an unresolved past, without yielding to the temptation to lessen or simplify this complex theme.

In his debut work, 1942 (Poznan), the interiors of a public swimming pool are slowly revealed for what they had been until 1942: an old synagogue. The video is presented at the end of an exhibition route rigorously designed but packed with content.

The exhibition begins with Unmade Film, a project for a film narrating a forgotten story, in turn, left unfinished. Uriel Orlow developed its essential components but never brought them together in an organic whole. Instead, they are displayed as audio-visual installations, works on paper and photographs.

Unmade Film was inspired by a story involving the Palestinian village of Deir Yassin, close to Jerusalem, and the Kafr Sha’ul psychiatric hospital, originally given over to treating the traumas of Holocaust survivors. Today, it specialises in Jerusalem Syndrome, forms of psychosis that mainly affect tourists to the area and are manifested in the form of religious obsession.

Having visited a relative in the hospital from childhood, Orlow realised it was the same place and that many of the buildings of the hospital, founded in 1950, are what remains of the houses of the original Palestinian inhabitants of the village of Deir Yassin.

Emerging slowly bit by bit, the story of this absurd build-up of pain binding peoples and generations has to be told but is too complex for linear and direct development and would lose its essence in film form. In Orlow’s work, it develops as a whole constituting the elements normally produced when making a film; the artist does not, however, unite them in a single sequence, he presents them isolated and separate from each other. There is the opening title – a neon stating: The Future is History / History is the Future; the reconnaissance, the script, the narrating voice, the mise en scene, the score and the closing credits.

The process includes a Storyboard which Orlow produced by assembling drawings by pupils of Dar Al-Tifl Al-Arabi (the Arab Children’s House), in east Jerusalem where he held a workshop in the spring of 2012. The drawings narrate the story of Hind Al Husseini, a woman who gathered a group of 55 Palestinian orphans from Deir Yassin in April 1948 and opened the Dar Al-Tifl Al-Arabi orphanage and school in her own home; it is still going. Then, there is the search for a location, eventually pinpointed by the artist as the hospital site. Here, Orlow produces stills of the empty seats on which the Holocaust survivors brought here for treatment probably once sat. Today, they are used by other patients. Their emptiness alludes to a tangible sense of absence.

Then there is the Voiceover, a dense and immersive audio-walk that takes you back to the early years of Kfar Sha’ul and, before that, to Deir Yassin, overlapping the two different moments and allowing the place’s traumatic story to emerge. The Closing Credits displays a list of names on an invisible map, a number of white dots appearing and disappearing on the black film signifying the 418 Palestinian villages evacuated and destroyed in 1948. The list of village names is projected by an overhead projector. From room to room, Orlow proposes an intense journey progressively plunging you into the traumas, rifts and senselessness of a history that has woven such a painful web. Certainly, the present remains open to developments but only constant efforts to gain awareness will enable us to interrupt the repetition of a disastrous past.

After Unmade Film, the artist produced other demanding works, including Holy Precursor, featuring a video and photographs. It is set near and in a Kurdish village constructed on the site of the old Armenian monastery of Surb Karapet, a major Armenian place of pilgrimage, in turn constructed on the ancient site of a temple to Demeter, the Greek goddess of fertility and of the cycle of life and death. Partially destroyed in 1915 during the Armenian genocide, the monastery was then razed to the ground by the Turkish military in 1960 as part of a campaign to erase the Armenian cultural heritage in Turkey. The village, constructed with stones from the destroyed monastery, was itself attacked during the Kurdish separatist guerrilla warfare.

Finally, the exhibition presents Remnants of the Future, a film that again assembles documentary, science fiction and electro-acoustic elements to explore the existence of a phantom post-Soviet city in northern Armenia. This vast unfinished housing project was called Mush, a name borrowed from the once flourishing eponymous Armenian town in eastern Anatolia. After the fall of the Soviet Union in 1991, the settlement championed by Gorbachev to house people evacuated after the 1988 earthquake fell into a spectral unfinished state of abandon. Today, it is only inhabited by migratory birds and occasional humans searching through the rubbish. Remnants of the Future, like all the projects presented in Made / Unmade, is another stage in Orlow’s intense research. Exploration that, via the remains of the future and plans for the past, tackles the thorny issue of history and seeks to cast light on the possibility of understanding the present, and finding a meaning in it to guide us forward.