The spaces of confinement

IK-00 exhibition, in Venice, looks at prison architecture, opening its exploration to Russian and non-Russian artists who reflect on the architecture of exclusion. 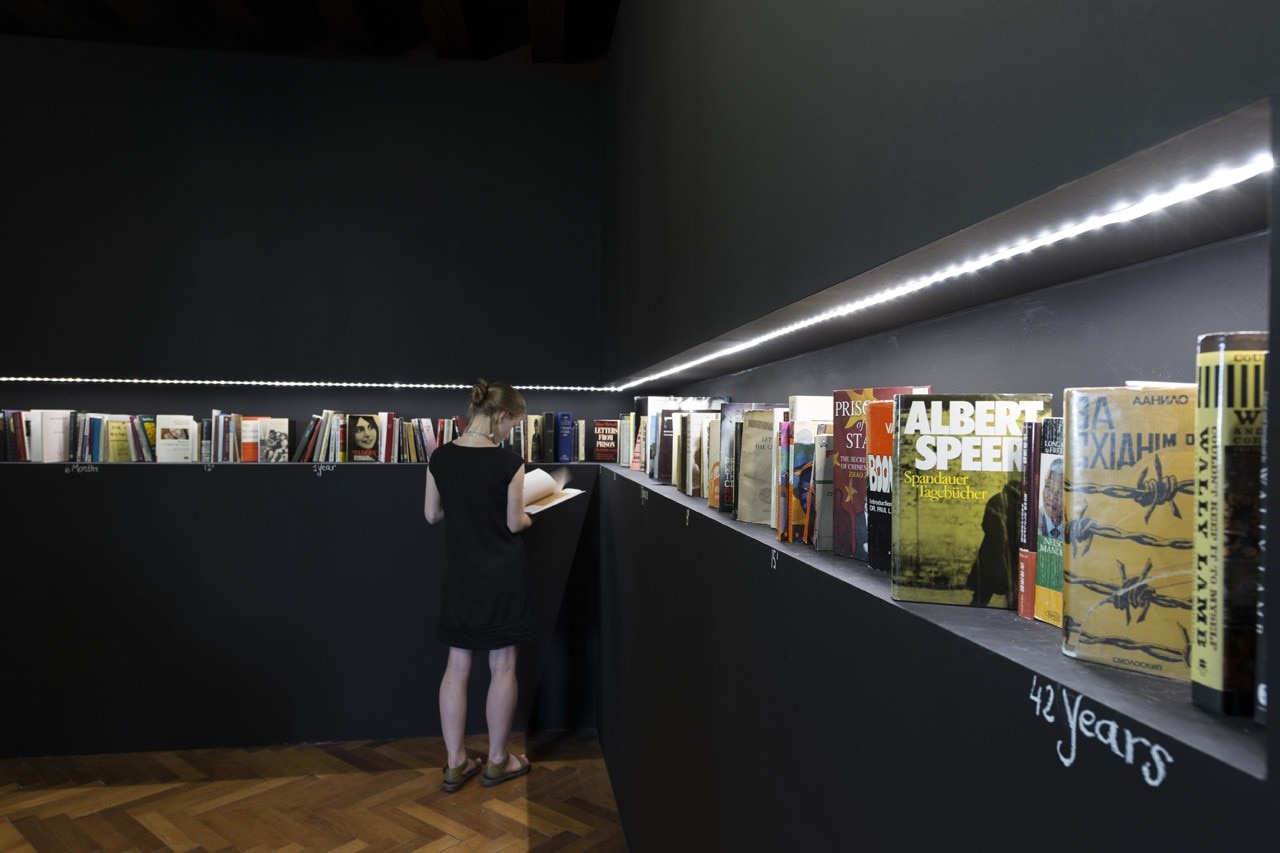 IK-00. The Spaces of Confinement forms part of a trilogy of exhibitions held by Moscow’s V-A-C Foundation during the Venice Architecture Biennales and curated by Katerina Chuchalina.

The focus is on three key factors in the art-architecture relationship: the city, prison and war. After the first exhibition in 2012 entitled “The Way of Enthusiasts” on the relationship between artists and the post-Soviet city, IK-00 looks at prison architecture, opening its exploration to Russian and non-Russian artists who reflect on the architecture of exclusion and seek different ways of recording and bearing testimony to institutional spaces that punish and sometimes correct individuals by separating them from the rest of society.

Russian prisons do not have names but a code composed of two index numbers following the abbreviation IK (= penal colony): 00 is a non-existent colony that draws together all the possible prisons in an allusion to confinement as a practice that crosses all historical and geographic contexts. The three floors of the 18th-century Palazzo Tre Oci have been totally transformed by Chuchalina’s curatorial project and she has worked painstakingly and evocatively on space to carefully recreate the prison atmosphere using architectural prostheses that shrink spaces and alter the light.

The exhibition starts with a focus on the physical and bodily experience of detention. The visitors’ entry to the exhibition is immediately impeded by a David Ter Oganian work in the form of the metal barriers adopted to channel and control crowds installed in the central corridor. Visitors to Valentin Fetisov’s room find themselves locked in for a few seconds and the tension rises as they try to find a way out and a hypothetical liberation.

As in the Koolhaas format, dance is present via the work of choreographer Rebecca Lazier, who has built a spectacle based on the almost ritual repetition of movements inspired by the violent 1970s’ revolt in the Attica Correctional Facility (New York).

The second floor is given over to the visual, social and architectural construction of the prison and opens with Harun Farouocki’s film Prison Images, a reflection on the surveillance devices that demystify the inner parts of segregated prison spaces. Jonas Staal has produced a 3D model of the prison in the architecture thesis of Fleur Agema, a member of the Dutch far-right Party for Freedom; this shows how, depending on its political manipulation, architecture can be turned into an implement of torture and thus compacts the critical theory of a disciplinary society into a manual for the construction of dystopia.

The Urban Fauna Lab research team presents an installation comprising a model and a presentation video miming the logic of the local development projects undertaken by Stalin to colonise Siberian Russia via the forced labour of Gulag prisoners – shining a light on the future development of data-company control centres located in the perennially frozen tundra.

The incommensurable Siberian landscape, an impassable natural barrier that recreates a space of exile, ends the exhibition on the top floor where works by several artists are combined, e.g. the objective visions of Michael Tolmachev’s drones and precious archive material of Soviet-era prisoners faced with the invisible maximum-security wall of the surrounding landscape. This section notably features painted works by Mikhail Nesterov, a Russian symbolist painter of the late 19th century, which represent a cliché of the idyllic vision of the Russian landscape.
The exhibition (which comprises works by Rossella Biscotti, Sam Durant, Ashley Hunt, Conor McGrady, Markus Schinwald, Ines & Eyal Weizman, Donovan Wylie and Arseniy Zhilyaev) offers a multi-faceted take on the subject of detention, forging interesting links between present, past and future. The history of Russia is connected to the future of technology and a concept of a “biopolitical” and barrier-free imprisonment similar to that to which we are subjected via the remote surveillance of drones or those controlling our information.
© all rights reserved