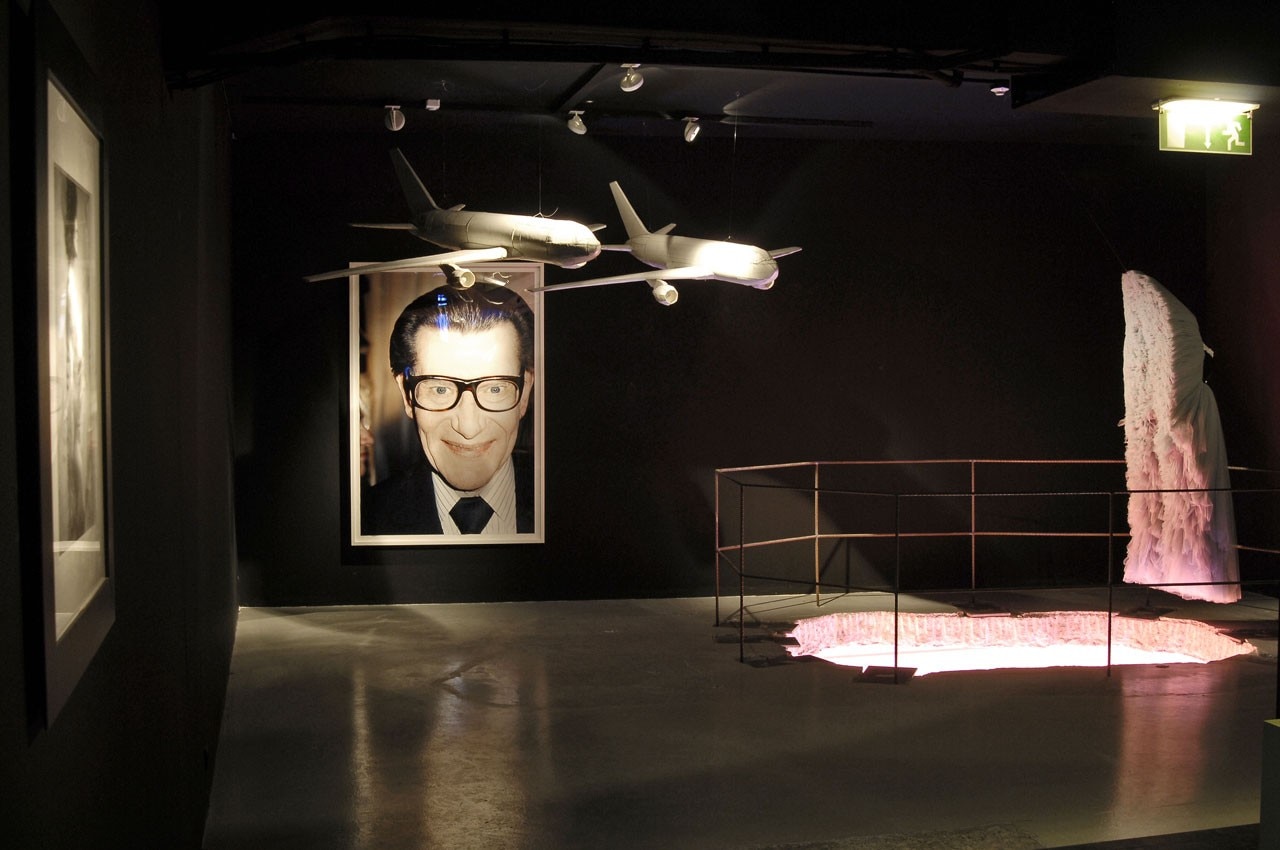 Since its inception, the aim of “The System of Objects” exhibition was to showcase the attitude of Greek art collector Dakis Joannou, in a project exemplarily expressed by the collaboration with architect Andreas Angelidakis, which arose from the encounter of these two prominent figures of the international cultural scene. Angelidakis, alongside Maria Cristina Didero, present Joannou’s world in an uncommon and unusual way, inspired by Jean Baudrillard’s seminal 1968 book The System of Objects. The exhibition sheds light onto the various collections Joannou has put together over years of passionate dedication (contemporary art, design and fashion) and takes them into the space of the Deste Foundation with the purpose of “reloading” them all. Seen from a new perspective, the Deste building is nevertheless a protagonist: approached as a chaotic and misleading path along which the audience's perception of the pieces on show is continuously challenged. As the show opens, Domus publishes a conversation between Angelidakis, Joannou, and architect and artistic director of the Deste Foundation Yorgos Tzirtzilakis.

Yorgos Tzirtzilakis: What is this exhibition?

Andreas Angelidakis: It’s a tumble through the collections of Dakis Joannou.

Dakis Joannou: This exhibition adds a new approach, yet one that brings the Dest Foundation back to the point where it started. It is a mixture of all the elements of culture, from visual arts to sound pieces, design, architecture, fashion — everything. The famous project back when we were thinking of starting the COCCA, which was never realised, of course, was a kind of theoretical approach which, strangely enough, we are given the opportunity to try out today, thirty years later. The concept of Andreas Angelidakis fuses all the collections together.

AA: What was this project?

DJ: It was one of the projects we were considering in 1983, shortly before the establishment of Deste, with Germano Celant and Efi Strousa, and was called COCCA (Centre for Contemporary Culture and Art). The idea was to create a venue in Athens which would combine everything. It was a conceptual project, which was not based on the concept of a museum of contemporary art. I remember talking about it with Jannis Kounellis, who disagreed; he wasn’t interested in something like this, and claimed that art was autonomous. He said that art was art, and everything else was different. This was one of the first projects of Deste, even before the beginning of the collection. So today it seems that a whole circle is completed, although in a different way, of course.

AA: It’s a kind of archaeology. Some exhibitions in the history of Deste, such as Cultural Geometry (1988), included objects as well. You often had this...

AA: Yes, the juxtaposition. It is also evident in some of the first catalogues of DESTE, as well as later, in the texts of Jeffrey Deitch — for Everything that's Interesting is New (1996), I think — where he talks about DJs doing remixes. This thought was there behind many of these shows, but perhaps it never emerged in the exhibition itself. It was in the catalogues like a sentiment, an intention.

DJ: Essentially, the whole collection is about contemporary culture as a whole. It is not an academic collection about art history. So indirectly, perhaps, this whole thing was expressed more recently through the fashion collection. Now you add the other collections as well, and it gets enhanced.

YTZ: In terms of the changes to the building, and vis-a-vis “Collecting Architectures”, last years' collaboration with the Columbia University Graduate School of Architecture, would you say we have a better understanding on the kind of building needed to nurture a collection?

DJ: There were two components to "Collecting Architectures"; the studio where students came up with projects for the city of Athens  and the seminar where graduate students researched an impressive number of buildings dedicated to private collections. Obviously there is not one clear typology for this type of building, but maybe with the System of Objects project we have a chance to further investigate the relationship of the exhibition space to the exhibition narrative, and both to the building of the foundation itself. Both the space and the narrative were developed by Andreas as a single “object”, which is maybe the advantage of having a curator that is an architect at the same time...

AA:  I always try to convince people that I'm not a real architect, because architects tend to have a precise object in their mind and use all possible solutions to lead to the exact realisation of that object. In that respect I try to think more like a gardener, just planting the seeds and creating the conditions for a happy garden. Or a building.

YTZ: Would you say an exhibition is a happy garden?

DJ: I'm not sure I care about gardens so much, but the analogy is useful. Certainly a collection is such an object, you don't start with a precise image of what you want your collection do be, at least I didn't. There are of course key works and key artists, but around them other works accumulate, the collection grows.

AA: Maybe the space should grow too? I remember once we joked that “we didn't need to change the space too much for this show, just add a few neighbouring buildings”.

DJ: Then it would take a few hours to go through the whole exhibition, we would practically need to add a hotel at the exit. But I think we are talking about two different types of spaces, the exhibition space and the collection space. Should we differentiate?

YTZ: Should there be a collection building at all? Dakis, if as you say the collection grows like a garden, how do you build that?

DJ: You start with a piece of land or a location you like, and maybe built a fence around it. And then it develops together with the collection. At certain moments you change buildings too, it is not set in stone. And with each exhibition you change the space too, so it's a continuous process.

AA: I was talking to my analyst about this project, and suddenly I blurted out: “I feel like a god given this fantastic box of toys, the works and the walls and the lighting and the art installers, and I get to play around with them.” He then asked if I had put this in the text I was writing, because it was a very spontaneous way to describe what I'm doing. Of course I hadn't.

DJ: So you mean this is a game for you? We hired you to play around? (laughs). It's kind of a game for me too, collecting. A grown-up game of course. But seriously, to house a collection, you need to see it like that, because each exhibition becomes a way of looking at the collection itself. There shouldn't be one specific way to look at things, but each time it should be different.

AA: In that sense, you are also collecting exhibitions, they become part of your toy box.

DJ: Exhibitions are a bit different, they are not toys, but the result of a game, a moment in the history of a collection. They are a snapshot, a staged portrait, a home movie that you commission someone to shoot.

DJ: For a collection, you need certain conditions, tools. You need the staff that takes care of the collection, the archives, the conservators etc. And you need a space for the exhibitions to take place in, even though as we see from this project it does not need to be clearly defined.

AA: This exhibition also looks more or less into the history of exhibitions, which is very much a thing of the present. Apart from various kinds of objects we have various types of exhibitions — various ways for exhibiting an object. Placing a work by John Armleder in a small house with tiled floors is different than placing a Peter Halley in the model of a small white cube. It’s a different approach. This exhibition does indeed involve a reloading, a browsing of the typology of exhibitions rather than  the revisiting of a Wunderkammer, which is a specific kind.

YTZ: A kind of encyclopaedic collection of the mid-sixteenth century, a time when the various fields had not been clearly distinguished yet. So a curious find of geology or natural history could be side-by-side with a valuable work of art.

DJ: Is there a connection with the Palazzo Enciclopedico of this year’s Biennale in Venice?

YTZ: They are both ways to knowledge. What we’ve been discussing all this time are ways towards the knowledge of things. An encyclopaedia represents systematic knowledge, a desire to classify it. Instead, this exhibition seems to explore different ways of approaching knowledge, different systems of objects, claiming that knowledge must remain fluid, changeable. It is an exhibition which could keep changing, like Argo, while it is on.

AA: Hence it could be called The Palace of Questions.

YTZ: An encyclopaedia is a universal form of knowledge, whereas the reloader’s practice is fragmented knowledge; it generates partial readings and experiences.

AA: The encyclopaedia tradition points to a book as a set object, whereas this exhibition attempts an internet-like structure. The way you find knowledge today is through questions. Google your question and what you get is multiple answers.