Knokke, a flamboyant pavilion watches over the beach

The Compagnie O architects studio, in collaboration with the artist John Körmeling, has designed a surveillance pavilion on a Belgian beach which assumes a public value. 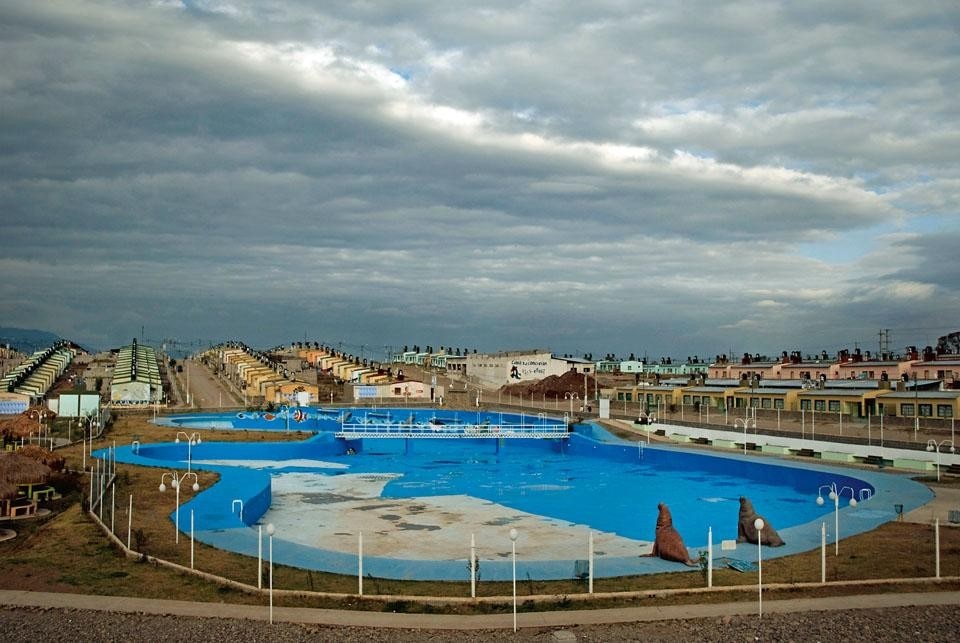 Born from the collaboration between the firm Compagnie O architects and the architect-artist John Körmeling, Knokke Safety Pavilion is a competition-winning structure for the safeguard of the Belgian beach of Knokke-Heist, near Bruges.

Connected to twelve other guard points along the shore, the pavilion houses not only lifeguards but also a police station, a first aid station, a garage for vans and lifeboats and public toilets.

The circular plan, with a diameter of 17m, is designed like the mechanism of a clock. It is defined by four distinct zones with different functions, interconnected with public passages and intermediate spaces.

Although the call for tenders was entirely focused on safety, the designers wanted to create a hybrid space from the concept stage, transforming the pavilion into a public place rather than a simple security station. The other choice that makes evident this desire to make the structure public is that of colours. The pavilion is characterized by an intense yellow externally, while internally green was used for the details.

“The mere act of building yet another construction on the Belgian coastline is rather problematic in itself. The coastline is notorious. A 60km stretch of concrete slabs facing the Northsea” the partners of the firm Compagnie O architects tell us. “We morphed the functional programme into this playful pavilion in an attempt to avoid the act of building itself. By displacing the building from the dike onto the beach we literally leave behind the safety of the concrete strip and turn the presupposed safety building into a toy in the sand.”

The roof of the pavilion is accessible only to professionals and guardians. Above this platform stands the lookout tower, which offers a 360° view of both the inner part of the beach and the sea.

To improve interactions with the audience, the studio has equipped the volume with illuminated characters so that the structure can speak directly. The inscription Dames en Heren (in english Ladies and Gentlemen), for example, placed next to the handrail of the cover, seems to have an advertising value, while it merely indicates the position of the female male toilets.

“Unlike a lot of other buildings where architects and artists collaborated, in this project there is no clearly addressable distinction between architect and artist. The collaboration evolved from a mutual reading and understanding of both the programme and the context in rather similar ways” affirm the architects about the collaboration with the artist John Körmeling. “We share a common fascination for spatial conditions that flourish through human presence, and we refuse to the concept of beauty as such.”