Brutalism and post-punk: a story of architecture and rebellion

From being disregarded by the post-WWII rebellious youth to becoming the symbol of the utopias of social housing, Brutalism, starting from the Seventies, has witnessed an aesthetic resurgence mostly linked to the post-punk counterculture. 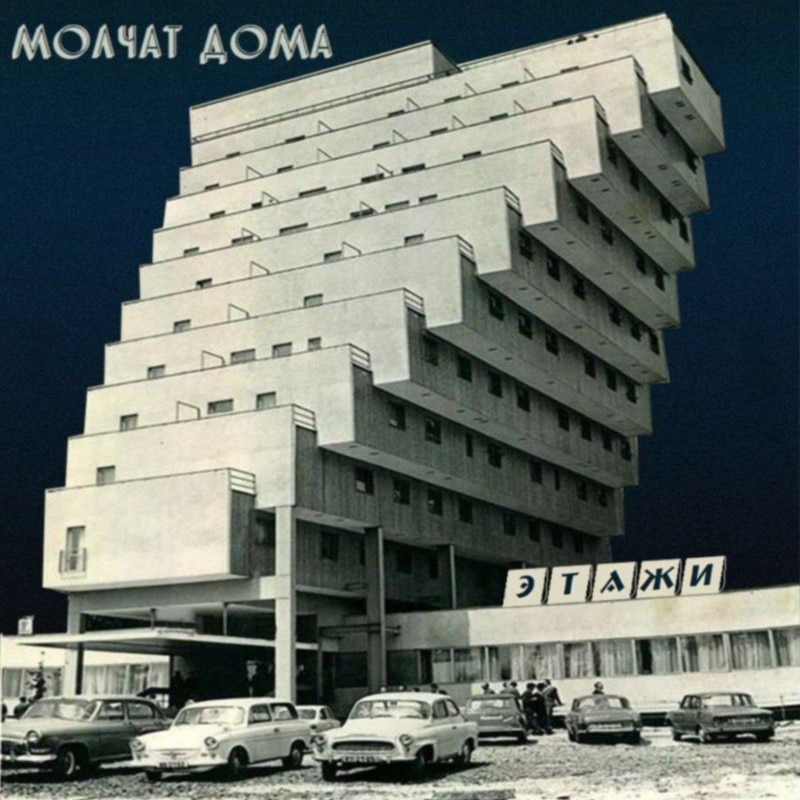 Exactly fifty years ago, in 1971, Italian progressive rock band Le Orme released their album Collage, whose leading single was ‘Cemento Armato’. The song, a virtuoso and acid suite, is an ecologist and socio-political reflection on the condition of the modern man in the post-economic boom city. The city is seen by many young protestors as an asphyxiating concrete trap to escape from. The song title, meaning reinforced concrete, after all, isn’t too different from raw concrete, which in French goes by the name of beton brut; a term that English architecture critic Raynard Banham first associated to brutalism in his 1955 essay The New Brutalism.

The years during which Banham is writing are crucial for Europe as reconstruction is underway. This is mostly based on the principles of modernism, of which brutalism is one of its most frequently adopted declinations. Despite being born in the United Kingdom, the concept of brutalism soon turns into a macro-label inclusive of architectures built even outside of its native borders.

Brutalist architecture – together with the Scandinavian empiricism – marks a pivotal change for the Western world that, formally, looked to the American democracy, but that subtly gazed at the socialism made-in-the-USSR. European, and non, social housing looks up to the social intuitions of Le Corbusier’s Citè Radieuse as much as to the Soviet concrete drips.

However, the sons of post-war Europe are sceptical towards an urbanistic expansion that sacrifices nature in favour of housing. Therefore, ecologism finds a fertile ground in the burgeoning hippy culture, in its flowers and colours, that seek in an ambitious return to a mannerist and Panic dimension the opposition to the grey tones and formal synthesis of brutalism.

The post-punk and brutalist rebellion

Ten years on from ‘Cemento Armato’, though, the pastoral utopias of the hippies have been swept away by the urban nihilism of punk, to which post-punk follows rapidly. This countercultural scene brought modernism and atmospheres own of the Weimar Republic – from the trend of covering ‘Lili Marlene’ to Cabaret Voltaire and Bauhaus’ explicit homages – back into the artistic discourse. Aesthetically, with the looks of artists like Italian singer Garbo and Joy Division's army shirts, chromatic palettes quicky switch from a triumph of psychedelic and colourful patterns to gradients of grey.

Therefore, brutalist architectures happen to be a mirror reflective of the youth’s disenchantment. They embody the failure of noble ideals like social housing and of a western world that had fooled itself to resurrect more communitarian and less individualistic after World War II. Instead of fleeing the cities and their run-down working-class neighbourhoods, where building once representing hope now stand neglected, the post-punk youth embrace the beton brut aesthetic, turning it into a structural element of an artistic rebirth. The city, then, turns into an infrastructure propaedeutic to the creation of a new language. A recently issued book, Superstructures – Note of an Experimental Jetset / Volume 2 (Roma Publishing) analyses the relationship between four different artistic movements, including post-punk, and Amsterdam.

Concrete surfaces seem to find a perfect dialogue with the chromatic solutions of Xerox machines, whose art – the so-called photocopy art – becomes the expression of the opposition to a dominant culture made of mirror balls, excess and vanity. It is no wonder, then, that the post-punk youth, emarginated by the roaring society of Western consumerism, develop, as a sort of revenge against the world that has betrayed the outskirts, a fascination for the Eastern Bloc; where brutalist architecture reached some of its peaks.

In these years in Germany – a country that much gave to Bauhuas and to the post-punk culture – artists are mostly attracted by the Eastern side of Berlin. There, the old, abandoned brutalist buildings turn into squats where countercultural scenes – post-punk first, techno later – thrive. It comes as no surprise, then, that it is Berlin the city where Italian band CCCP is born. The group will, in fact, use a photo of a series of block of flats in the East Berlin district of Pankow for the cover of their 1996 retrospective Live in Punkow.

Similarly, in England it’s the old working-class’ socialist pride to determine the visual identity of Factory Records – a Manchester-based label, among the most influential of 1980s post-punk music – with a logo representing the silhouette of a industrial building and its smoking chimney.

The re-discovery of brutalism

In recent years, also because of uncertain social and economic situations, post-punk has witnessed a solid revival within underground music, from America to Europe, from the United Kingdom to the former USSR. With it has returned – not without the influence of the renovated interest in brutalist and neo-brutalist architecture – the use of modernist architecture in music contexts.

If Egyptian Blue have used cut-outs of council estates for the artwork of their Collateral EP, Eades have recently made Leeds brutalist architecture the core of their video for the single ‘Former Warning Cluster’. The band had already adopted the rationalist aesthetic of the Weimar Republic in the lettering for the cover of their EP Microcosmic Things, designed by Raissa Pardini. IDLES from Bristol – a city where brutalism dominates urban scenarios – entitled their acclaimed debut album Brutalism, framing on its cover the photograph of a rather modernist sculpture made by singer Joe Talbot.

In Berlin label Detriti Records released the album Etazhi by Byelorussian band Molchat Doma. The LP, that became a cult thanks to one of its songs going viral on Tik Tok, also gained an instant classic status not without the help of its cover, portraying the Panorama Hotel, a 1970 modernist building in Štrbské Pleso, Slovakia.

The influence of psychogeography on music

An interest towards architecture can be overall traced in contemporary independent music. From British band Working Men’s Club adopting the imagery of Lancashire working-class neighbourhoods, to Drums who entitled their latest album Brutalism, to point out the relationship between the condition of contemporary men and the places they inhabit. Milanese outfit Calibro 35 in their album Decade have instead been inspired by the utopias of Superstudio and Archizoom, as an opportunity to reflect on the analogy between radical architecture and the music constructions penned by musicians on pentagrams. Similarly, Olivetti Sound System explores, through DJsets of electronic and library music, the soundscapes evoked by the industrial architecture of computing machine firm Olivetti.

Post-punk and post-rock British band Squid – who have just been signed by Warp records – in the build-up to the release of their debut album Bright Green Field have launched a website where users can make the band appear in locations by them chosen. This platform doesn’t only suggest the new liquid dimension of live music, but it also explicates the bond between Squid’s narration and urban landscapes. The video supporting their latest single ‘Narrator’, in fact, leads the viewer through a POV experience made of constantly forming and dissolving 3D urban and extra-urban scenarios, as if the band was in the middle of a CAD process.

Regardless of the cyclical returns of musical and countercultural trends – following a process philosopher Giambattista Vico would be pleased of – it is no doubt interesting to reflect on how architecture – in various forms and declinations – has been and still is a consistent influence on the creative vision of many young artists. Although many of them may not be necessarily invested in architecture as an academic subject, they can’t subtract themselves from establishing a dialogue with the environments surrounding – and therefore inspiring – them; witnessing once again the cross-disciplinary nature of the arts.