In the Padua-based studio’s design, double heights, zenithal light and playful double walls engage the visitor in an experience that has a theatrical flavour. 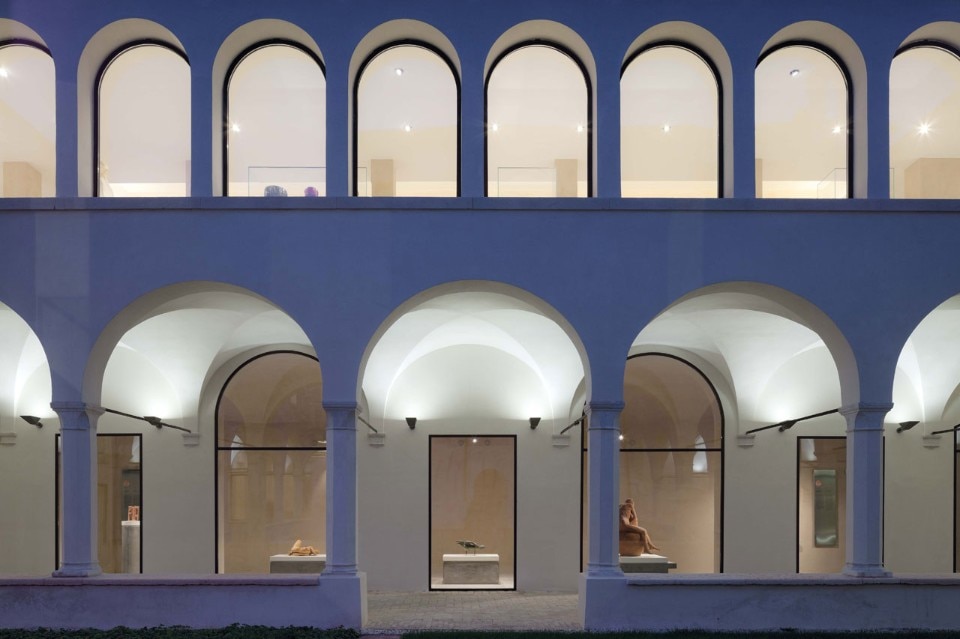 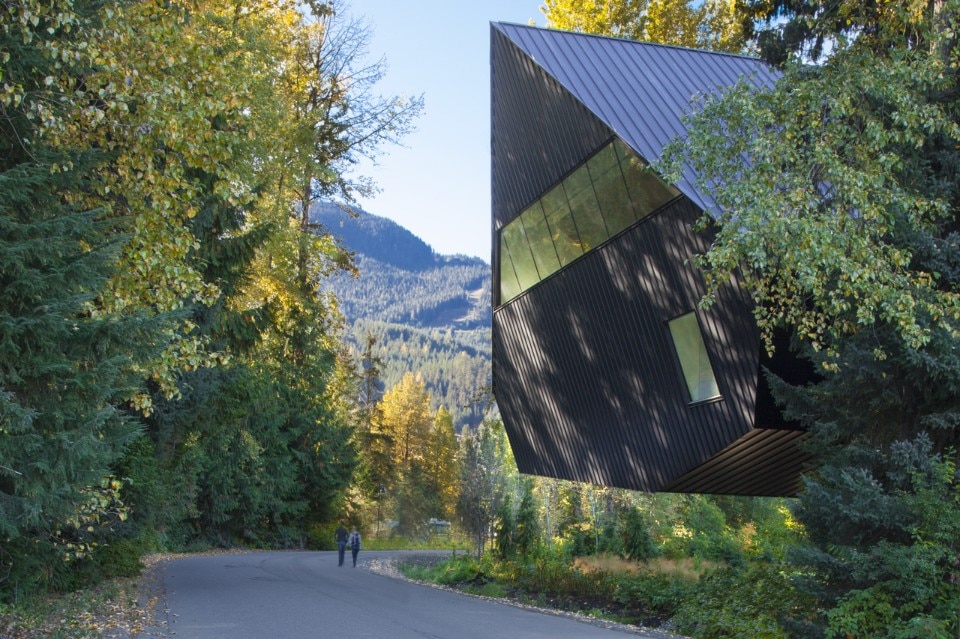 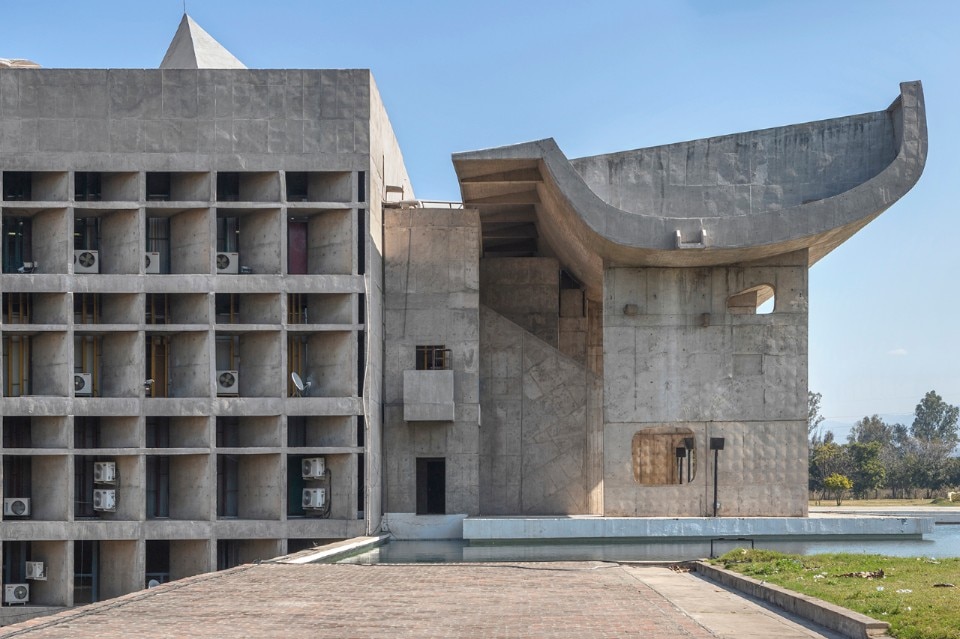 The Italian Pavilion at the Venice Architecture Biennale, curated by Mario Cucinella and called – evocatively – Arcipelago Italia (“archipelago Italy”), is an in-depth investigation of “interior Italy”. This is a country that is discontinuous and oblique when compared to the circuits of the main urban centres or the attractions of the coast; it remains, however, capable of springing surprises of innovation and research. The map reconstructed by the pavilion brings together a series of significant examples from this palimpsest, one both rich and partially hidden. First is the project of a telecommunications village at Colletta di Castelbianco, in the Apennines in Italy’s Savona region, which was launched by Giancarlo De Carlo at the start of the 1990s. In the same period, through the TV programme Sottotraccia, Ugo Gregoretti developed a poetic and engaging account of the delicate network of design across the Italian regions. Italy’s capacity to trigger or attract innovation based on its deepest identity is part of its DNA and is embedded in its history.

Views of the Museo Bailo by Studiomas, Treviso
01 / 12
Share
Pin it

One clear example (from many) lies at the roots of the modern world. This is the foundation in 1957 of the first Situationist International in Cosio d’Arroscia, a hamlet with under 100 residents in the hills of the comune of Imperia (under 50km from Colletta) – somewhat of a paradox for an artistic and philosophical movement whose vision anticipated the endless bustle of the modern metropolis.

Sign up for our newsletter and get domus in your inbox
Museo Bailo in Treviso, model and project sketches
01 / 12
Share
Pin it

More recently, Treviso (a traditionally more interior town than Venice) has seen the completion of the Bailo Museum project. This is the work of the architects of Studiomas, who were already responsible for the restoration of the structure. Driven by the quality of the architecture and the art it houses, the notion of the “interior” reclaims multiple other shades of meaning, pushing the original geographical metaphor to the background. Externally, the building has been quietly detached from its context, adopting a modern abstract idiom, but not one that shouts at you. The main front is a white concrete bas relief facade, set back from the roadside frontage. Providing a counterpoint is an extruded block in the form of an asymmetrical cross – perhaps a tribute to the abbot Luigi Bailo, the first founder of the Civic Museum in 1879 – at the base of which is the main entrance. But it is inside that the space reveals the true added value. This is determined in the first instance by the intensive dialogue between the precisely defined elements inserted by the Studiomas and the historic pre-existing structure, beginning with the spectacular sixteenth-century cloister. The result is an almost metaphysical atmosphere, where double heights, zenithal light and playful double walls engage the visitor in an experience with a theatrical flavour. The true apex, however, is reached with the entrance of Arturo Martini’s figures, which are at once deformed, oscillatory and spiritual. It is an unsettling and hypnotic apparition, prompting thoughts of how the young artist signed his letters from Paris – “the greatest sculptor in the world” – a claim he had some right to.

Pushing a little further into the interior of the region, we find a third nuance in the concept. This derives from the financial support for the restoration project provided by Arper, a furniture company founded in 1989 in Monastier, in the Treviso countryside, one that has been able to build a bridge to the international palimpsest of the culture of design. Inspired by initial collaboration with the Barcelona-based studio Lievore Altherr Molina (the Lievore Altherr studio since April 2016), Arper – the firm behind the best-selling Catifa chair series – has developed its own unique language in the space of only a few years, based on subtly communicated innovation and an absence of technological irritations. It is a matrix interpreted – though without distortion – by designers with very different personal styles, such as Jean-Marie Massaud (the Steeve sofa and the Aston directional and lounge chair); James Irvine (the Juno chair); Simon Pengelly (the Nuur table, winner of the 2011 Compasso d’Oro); Metrica (the Cross table); and Ichiro Iwasaki (the Pix chairs). These are objects created within an interior territory and that exist in the interiors of houses or collective spaces, guarding their own complex secrets. Often only the energy that comes from deep down can guide us towards the true horizon.