On 11 November in the Emirates, the first of three projects will open on the artificial island of Saadiyat, the Isle of Happiness, with museums by Frank O. Gehry and Norman Foster to follow. 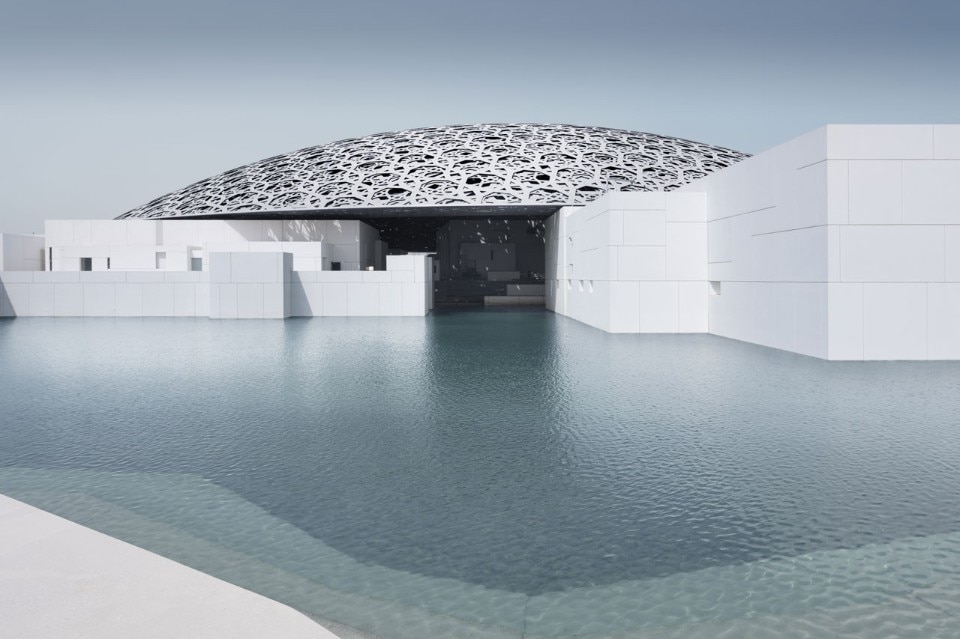 Hot. Sweltering. Not like Paris. The sky is blue and dusty with desert sand. This is Abu Dhabi, in the Arab Emirates. And from 11 November, the Louvre Museum will no longer be just the original in the Ville Lumière, 90 minutes by plane from Italy. The Louvre Abu Dhabi, designed by Jean Nouvel, is about to open its doors. Our print edition for November devotes its cover story to the event. But this is not the only Western museum coming to the Emirates: there will also be a Guggenheim (designed by Frank O. Gehry) and then the Zayed National Museum (by Norman Foster). The three museums will be set on a specially created cultural island, “Saadiyat” (Isle of Happiness). The Louvre in Paris, with falling visitor numbers in recent years – further hit by the terrorist attacks – has found a way to keep the money flowing by licensing its name and lending out artworks. The total price tag is €738 million euros for the use of its name (for 30 years and 6 months) and the loan of 300 works for 10 years. Abu Dhabi will become a cultural centre in the Middle East and a hub for exchanges between East and West.

On a Monday in October we drive past the Louvre Abu Dhabi: outside it still looks like a construction site, with the workers toiling on the fixtures and finishes. True, Jean Nouvel was accused of exploiting the workers, but he defended himself. The sun is relentless, yet work seems to press ahead regardless. Inside, the artworks have not yet been installed. That same sun is a key element in the museum’s structure. The criss-cross pattern of over eight layers of overlapping grids creates the effect of a shower of light, with 7850 “stars” glittering inside and out. Jean Nouvel's idea was to recreate the light reflected in the souks, the traditional Arab markets.

Abu Dhabi, for its part, is making an investment that comes with an eye-watering price tag. “It’s not the price of the museum tickets that will turn a profit for us. It’s an attraction that will bring tourists and create wealth as a spinoff,” explains a representative of the tourist ministry. And in fact this will eventually become a holiday destination, with luxury resorts, white beaches and UNESCO World Heritage Sites.

The Louvre in Abu Dhabi will host twelve sequences of twenty-three permanent exhibitions and cover a historical arc ranging from antiquity to our own times. In all, 600 artworks will be on display, 300 of them supplied by the Agence France-Muséums (representing thirteen museums, including the Louvre, Musée D'Orsay and Musée de l'Orangerie). Van Gogh, Leonardo da Vinci, Gustave Caillebotte, Manet, Cézanne are among the others. The layout is curious and almost provocative for the art world. Works from around the world will be brought together, but divided by genre, with “the idea of ​​having a museum in the image of a globalised world”. Hence without geographic subdivisions, as would be traditional. European and Japanese graphic art will be paired, for instance. Outside the museum, two artworks have been commissioned: one is by Jenny Holzer and the other by the Italian Giuseppe Penone. There is also a children's museum, specially devised for the little ones, and all those sensitive to nudity in art. Fortunately, such works have not been censored but simply flagged by information panels. An acceptable compromise.