As discourse has globalised and digital communication is increasingly valued, are we overlooking the merits of an informal or improvised tête-à-tête? The Slovenian capital is primed, perhaps, for a “café culture” revival – or, at least, the principles that it might symbolise. 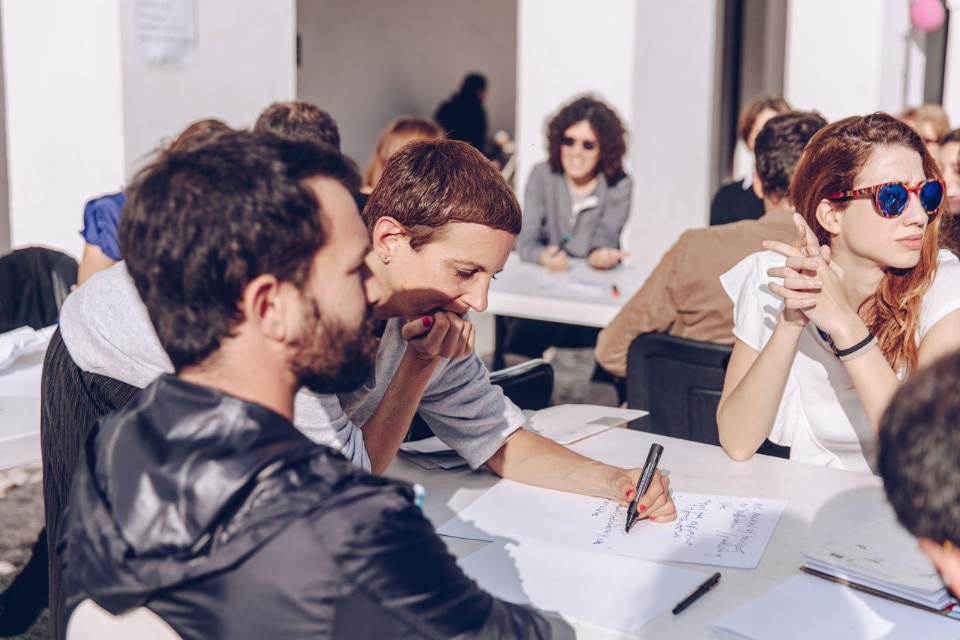 In 2003 George Steiner, the Paris-born American literary critic, philosopher and essayist, took to a stage in Tilburg, The Netherlands. The city was playing host to the Nexus Institute’s annual address. Steiner’s lecture had a simple introductory aim: to argue that the involuted, multi-layered idea of Europe – bound between histories, borders, landscapes, lives, and languages – can, in fact, be read through a simple spatial typology: the coffee house, or café.

For him, coffee houses were, and should be, places of assignation, of conspiracy, debate, and gossip; “open to all” and yet, at the same time, “a club.” While they have been historically integral to the development of cross-border discourse in the higher echelons of intellectual cliques, they have also been crucial for the cultivation of radical thought among spirited writers, homeless thinkers, and penniless revolutionaries. “In the Milan of Stendhal, in the Venice of Casanova, in the Paris of Baudelaire,” Steiner argued, the café (or agora, or Stammtisch) “housed what there was of political opposition, of clandestine liberalism.”

Today, the ennobled coffee houses of continental Europe have, on the whole, become crude imitations of their former selves. Caffé Florian on Venice’s Piazza San Marco now charge €10 for a cappuccino and an earful of it’s string quartet. Vienna’s Café Central have anchored their contemporary notoriety around apfelstrudel mit schlag, doused in faux trappings from the 20th Century. While the Deux Magots of St. Germaine in Paris might still play host to academics and students it is, at the same time, overrun by tourists on a see-all-eat-all agenda. One cannot linger nor languish in a Starbucks, let alone hope for a serendipitous conversation against a sea of free-WiFi connected devices. The pandemic evolution of the coffee house has seen it’s status as the backdrop to provocation and speculation both dissolve and disperse.

There is, of course, a very real danger in “Europe’s self-definition as a lieu de mémoire”; we should be wary of idolising spaces and places that no longer appear to exist. This was something which Steiner acknowledged and cautioned against and yet his argument points to a more broadly applicable parallel discussion about the meaning and value of gathering. In the sphere of architecture, at least, formalised meetings between people do not appear to be waning: Biennials and Triennials are of increasing number and influence, for instance, and lectures, conferences, and exhibition-openings create ever-larger conclaves of cheek-kissing, as tall flutes bubble and ring. As discourse has globalised and digital communication is valued as equal to or better than face-to-face discussion, this might be a moment to ponder a relatively simple thought: are we overlooking the inherent merits of an informal, impromptu, or improvised tête-à-tête?

In Slovenia’s capital, a response to this emergent question has surfaced – and consciously so. The historic core of Ljubljana is laced with Austro-Hapsburgian influence and tied together by the ideological hand of Jože Plečnik. Alongside former-Yugoslavian structures and contemporary projects, these have all melded to forge a city which is settling into it’s 21st Century identity. The setting is primed, on the face of it, for a sort of café culture revival and the principles it might symbolise.

A short drive away from the city centre, on the banks of the Ljubljanica River, is an institution which has its sights set beyond it’s own borders. In 2015, the Slovenian Museum of Architecture and Design (MAO) conceived of and spearheaded (with fourteen other European institutions) the Future Architecture Platform (FAP) – a programme which, in their own words, “builds on the social mission of European architecture as a fundamental cultural force” by leveraging pan-European collaboration. Alongside the likes of MAXXI in Rome, the Swiss Architecture Museum in Basel, and CANactions in Kiev, the FAP has launched and facilitated open calls and matchmaking conferences, seeking to promote architecture, culture, knowledge and social capital by way of a united “common platform.”

This common platform theoretically extends to the outermost boundaries of the European Union. In 2015, FAP was one of only three selected platforms from forty seven proposals delivered to the EU’s Creative Europe Programme for Cultural and Creative Sectors. (It is this source that endows the organisation both it’s mandate and it’s funding.) Earlier this year, it was announced that they were one of thirteen proposals to secure another round of funding from the European Platforms programme, which has locked in a further €2,000,000 to support the organisation throughout the next four years.

MAO’s Director, Matevž Čelik, has been at the heart of shaping and co-ordinating this ambitious effort to pool together the collective resources of a continent. At it’s core, Čelik states, “the primary focus of the FAP is to tour as many people as possible around Europe to discuss their ideas on the future of architecture.” It is, in many ways, a profoundly generous mission – and one which encourages and necessitates real-world contact. The concept of the match-making conference (previously mentioned) is fundamental to this: “Here people meet and present to one another,” Čelik explains. “We’d like to enable those involved to find their perfect match, and to then together develop bold exhibitions, symposiums, and workshops et cetera.” Čelik’s reasoning behind the platform’s motivations is clear: “To understand if you can, or want to, work on a project with someone, you have to meet each other in person.” Face-to-face discussions build trust, he believes – “rituals like shaking hands, or holding a door for someone adds a lot to communication between people.”

The development of the FAP has coincided with the latest incarnation of BIO, the world’s oldest Biennial of design, which MAO also hosts and co-ordinates. The current iteration, Countryside Reloaded, is a tour de force in terms of curatorial ambition, and has been realised in a similarly successful way. Defined by a collection of exhibitions in the museum proper, which connect to a constellation of installations spread across the countryside, it is also an event which demands a certain level of commitment and on-the-ground engagement by prospective visitors.

With two pan-European events taking place simultaneously in the museum, Čelik boldly argues that “the ambition of architectural discourse has never actually been to physically bring people together.” Discourse has rather “evolved through media, exhibitions, academic meetings, and other activities.” For him, the Internet provides a more useful, immediate response but has, at the same time, “completely eliminated any need for physical interaction.” That said, he argues, “because physical presence is no longer necessary in any way to communicate,” he argues, “we are more able to distinguish the benefits of a real-world meeting.” It is in this approach that the FAP is entirely unique.

As the network of institutions involved in the organisation are reimagined and expanded, the hope would surely be that the FAP’s founding ideals are not neglected nor – which, for me, is more urgent – undermined. In 2003, when Steiner delivered The Idea of Europe to an audience on the Benelux border, Slovenia was still a year away from becoming a fully-fledged EU member state. A decade-and-a-half later, there is little question that European architectural discourse is beginning to – finally – find a new balance between West and East. It is in this emergent territory that Slovenia is taking a lead.

The Future Architecture Platform will be launching their second Call for Proposals in November 2017.