Through 250 exhibits, the show curated by Irina Chepkunova recounts the teaching at Vkhutemas, main instigator of Constructivism and all Russian architecture between 1920 and 1930. 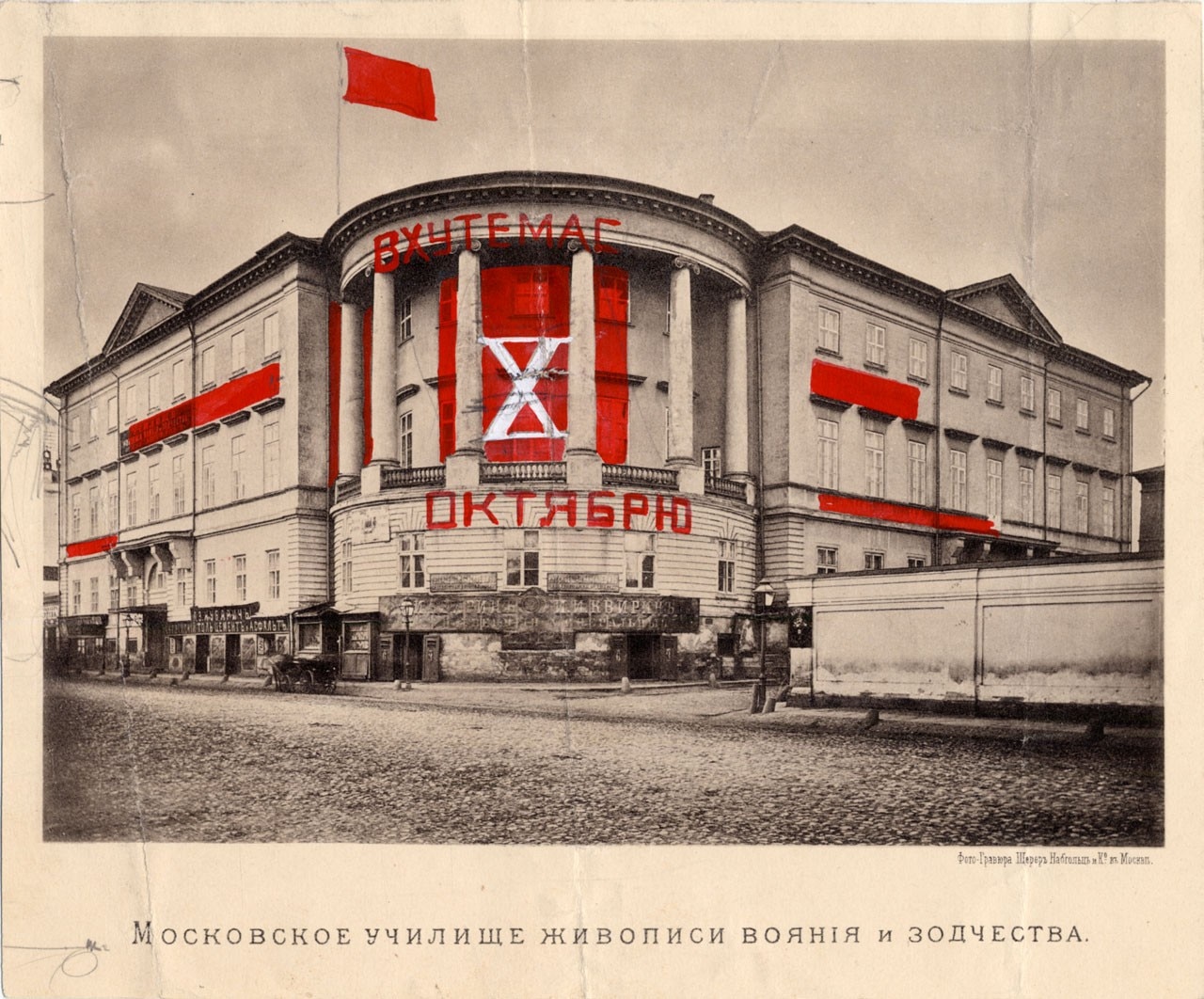 The “Vkhutemas: a Russian Laboratory of Modernity” exhibition at the Martin-Gropius Bau Museum features approximately 250 exhibits from the State Museum of Architecture in Moscow which has, over the past 20 years, received records of the teaching at Vkhutemas, described as the Russian Bauhaus and main instigator of Constructivism and all Russian architecture produced between 1920 and 1930.
The Vkhutemas workshop was to reforge the spirit of every art and, eventually, the human spirit, too; to further the technique that makes miracles possible; and to perform the prodigies constantly demanded by architecture, as taught by Ladowski. This study on Moscow’s production workshops has found its ideal location, given the proven link with the work methods taught in the schools in Weimar first, then Dessau and Berlin.

Irina Chepkunova has amassed a substantial display of sketches, drawings and models to present part of the symmetrical balance – Moscow on the one side and Berlin, where the Bauhaus Archive is located, on the other. Walter Gropius’ words circumscribe the thought shared by both schools and underpinned by student inspiration, necessary on both the artistic and craft fronts. The lecturers who visited both centres and sometimes taught in both spread theories developed over time, as in the case of Wassily Kandinsky and El Lissitzky, responsible for the first Pelikan adverts and who arrived in Berlin in 1921 as the Russian representative in the company of others such as Theo van Doesburg and László Moholy-Nagy.

The scholastic-type structural organisation reflected creative-production stimuli present in Europe at the time and suggests an avant-garde need for an experimental expressive craft-form. One effective example of the constant exchanges between the two poles is the Soviet Union Pavilion at the International Exhibition of Modern Decorative and Industrial Arts, designed in 1925 for the European context of Paris by a workshop run by Alexander Rodchenko.

The methodological structure owed much to theories circulating in Germany at the time, yet was inevitably also linked to the development of the points required to bring a project to its maturity. The determination of a form had to progress from the characteristics required to represent a volume and weight which reflected the rules of dynamism in the structures. This would result in the rhythm becoming visible via the relationship and proportion between the planes.

With departments set up to conduct research in several areas, the teachings of the State’s technical-artistic workshop (Vysshie CHUdozhestvenno-TEchnitchesskie MASterske) were based on longer timeframes than the German school. They started with an initial phase offering artistic or scientific teaching followed by three more specialised years with courses on graphic design, painting, industrial production and sculpture.

The director of the Department of Architecture, Nikolai Alexandrovich Ladowski, argued that there the clear overall vision had to be combined with the force of scientific data and results produced by the constant exercise of abstract formal architectural solutions. The cornerstone of the proposed disciplines was a huge interest in perception as the principal instrument of reception and an entire course was introduced to this end.

This avant-garde accepted responsibility for the propaganda symbols of the times, facilitating collaboration on graphic projects for pro-war posters or studies of large-scale structures to house the city’s constituent functions. Dissertation works such as a study on the Red Stadium or residential quarters offered an opportunity to study the numbers of power.

With the exception of the Sokolow’s works on the baths, Kolli’s stadium and Golz’ garden-city, this dimension forgot to include green space in its context, allowing the artificial human presence to emerge vigorously and robustly.

In 1927, in order to lend a scientific characterisation to the school system, the name of the institute was even changed to Vkhutin, retracting its bonds with artistic production in favour of a planned economy focused on heavy industry.

The new, strong and dynamic Russia promoted the founding of this institute in 1920 with a decree issued by the Soviet government to symbolise the changes triggered by the October Revolution but the same power was turning towards a radical realism of Socialist imprint that resulted in the closure of the former Vkhutemas in 1930. The Department of Architecture was merged with that of civil engineering in Moscow, reflecting a shared destiny with its counterpart Bauhaus, which closed the Dessau school in 1932 and the Berlin one in 1933 while under the direction of Mies van der Rohe and at the hand of a National Socialist government that rejected the creative dimension behind the birth of contemporary design.

At the same time but in different places, the photographs, drawings and words of that atmosphere still work together to keep alive that dream of a new modern era that could only produce results thanks to full immersion in the work and with totally active involvement in production or reproduction.