What will happen to the high streets?

Following the exponential growth of online sales, more and more fast fashion colossi are giving up in favour of e-commerce. It is not only the future of the enormous spaces left empty to call for reconsideration, but the whole shopping ritual: starting from the United Kingdom, but also across the planet. 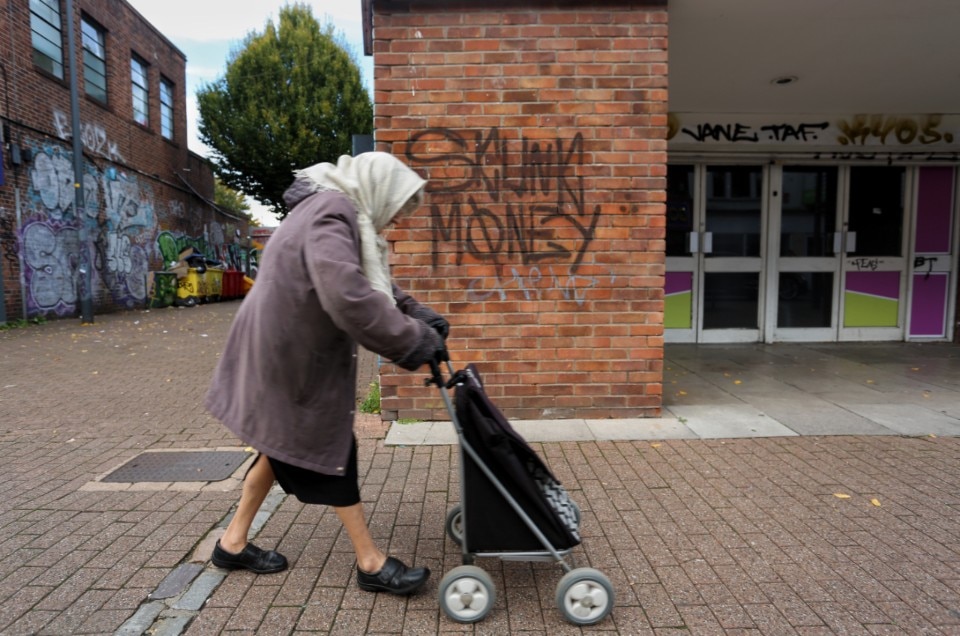 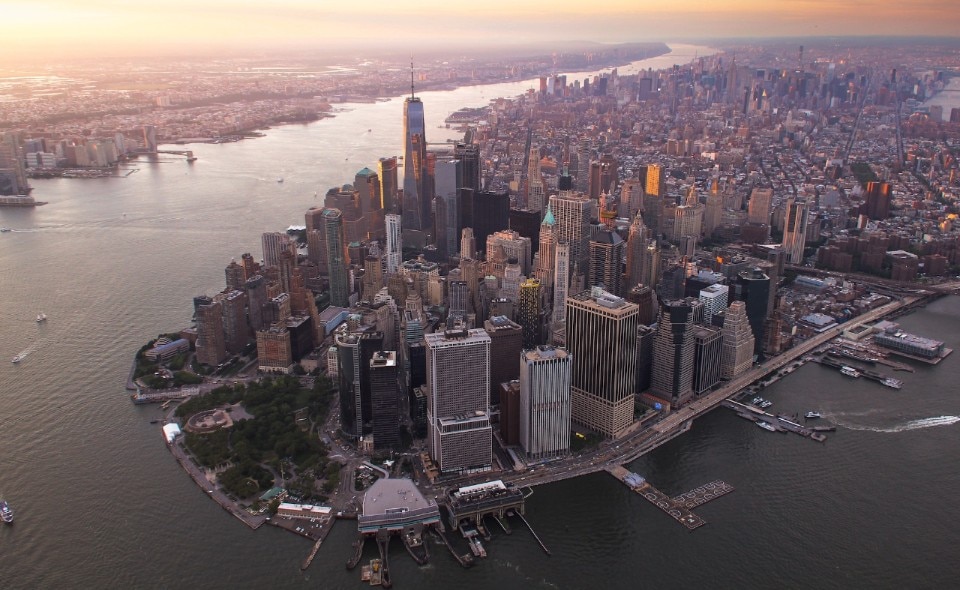 When in 1986 Department Store hits the big screen in Italy, the success of the comedy film captures a roaring country that is looking up to Reagan’s America and Margaret Thatcher’s England. The ambitions of the so-called Milano da bere – a slogan ironically referring to the hedonism of mid-1980s Milan and originated out of a Marco Mignani advert for Amaro Ramazzotti tonic liquor – take shape through a new approach to shopping, that of the department store. As if the optimism of the yuppie generation had brought back the department store concept first flourished during the Belle Epoque, Italy dives into the re-discovery of multi-storey stores with some delay compared to the rest of Europe, where they are solid establishments. At that time, in the United Kingdom the department store already is the focus around which revolves social life.

There, the old 1800s arcades – instead of progressively emptying or partially conserving themselves in the form of nostalgic Naftalin-filled lounges, with their red velvet-clad seats and golden-leaf plastered tables cafes – have morphed into multi-brand commercial spaces serially spread across the whole island. Vaguely reminiscent of the extra-urban Italian outlet store citadels, British shopping quarters play a pivotal role in the development of British aesthetics and socio-cultural dynamics. These areas are part of the high streets, the central streets of British city life. Once home to independent retailers – spanning from the drug store to the tailor – they became synonymous with low-cost shopping and, more recently, with fast fashion.

An entire universe, that of shopping, with its laic rituals and related stereotypes that are expected to radically change in the aftermath of Covid, in the United Kingdom as well as in the rest of the world.

At least, these are the feelings sparked over the last three weeks following the acquisition by online shopping heavyweights Asos and Boohoo of, respectively, Topshop and Debenhams, two of the most established chain stores of the English low-cost fashion industry.

Covid only accelerated a process that long seemed destined to become reality. Last year the English government had already set a £95m fund conceived to regenerate over 60 high streets through the action of consortium Historic England. A decision necessary to put a patch on the sore eye represented by city centres made up of a succession of outlet stores, betting shops and boarded windows; a scenery that is now becoming familiar to many other countries.

However, no less important is the brands’ own faults. Changes in the client demographics and an incapability to anticipate new trends have put on their knees two British fashion heavyweights: department store Debenhams and Topshop. Pioneer of British e-commerce in the Nineties and partner of the London Fashion Week between the ’00s and the ‘10s, Topshop – and its menswear counterpart Topman – within 20 years has gone from being a brand whose London flagship store alone was worth £400m to a chain forced to sell its brand rights for a little over £300m to avoid bankruptcy.

You can't live off skinnies only

Covid only accelerated a process that long seemed destined to become reality. Last year the English government had already set a £95m fund conceived to regenerate over 60 high streets through the action of consortium Historic England. A decision necessary to put a patch on the sore eye represented by city centres made up by a succession of outlet stores, betting shops and boarded windows; a scenery that is now becoming familiar to many other countries.

However, no less important is the brands’ own faults. Changes in the client demographics and an incapability to anticipate new trends have put on their knees two British fashion heavyweights: department store Debenhams and Topshop. Pioneer of British e-commerce in the Nineties and partner of the London Fashion Week between the ’00s and the ‘10s, Topshop – and its menswear counterpart Topman – within 20 years has gone from being a brand whose London flagship store alone was worth £400m to a chain forced to sell its brand rights for a little over £300m to avoid bankruptcy.

The liquid fashion of influencing marketing

Online shopping has shown how in liquid society geography and aesthetics are no more strictly linked to each other like they used to be. Behind the fall of British high streets also lies the loss of appeal of the ‘Brit’ aesthetic, similarly to what happened with indie culture and its skinny jeans, of whom Topshop – alongside the already disappeared American Apparel and Cheap Monday – was a trailblazer.

After all, today everyone can appropriate themselves of foreign looks, therefore conforming to the new virtual global zeitgeist. With influencing marketing leading the market, it is no wonder if today the leader of virtual high streets is Asos, a brand that was born in 2000 with the aim of creating affordable imitations of iconic garments worn by film characters. The name of the English brand stands for ‘As Seen On Screen’, and one of its first iconic pieces was a reproduction of the red leather coat worn by Brad Pitt in Fight Club. Also Boohoo, another online fashion heavyweight, is basing its success on ultra-competitive prices and on a mass-market that chases the aesthetic of social media stars, without paying too much attention to neither ethical nor qualitative factors. Its clients, in fact,  seemed unbothered by the scandals that hit Mahmud Kamani’s brand concerning the inhuman working and union conditions of its major production centre in Leicester,  where the employees kept on working during the past months, turning the city into one of Britain’s biggest Covid hotbeds.

The quick online delocalisation of low-cost fashion inevitably leads us to question ourselves on what the future of high streets will be. What will happen to the huge spaces and buildings both historical and modern left unrented in the heart of cities and towns? Will they be replaced by new brands as it used to happen, or will the way of conceiving urban shopping mutate radically? High fashion could, perhaps, take care of these spaces. Luxury fashion’s vocation to inclusivity on one hand, the ambition – already denounced by journalist and poet Pier Paolo Pasolini – of the masses to chase the lifestyle of wealthy social classes on the other, have contributed to creating what Toby Shorin defines as ‘baroque capitalism’, a mannerist luxury used to portray the financial wellbeing of the wealthy consumer to the eyes of the others. Baroque capitalism was born out of the consumerist social liquidity that the process of installment payments led by Klarna has contributed to establishing as the new norm. The risk, though, is that of turning environments that used to be working-class into exclusive spaces, increasing the social polarisation that already affects the British – but not exclusively – society. Even in the case of luxury fashion, the market seems to be confirming the success of multi-brand online fashion portals, like Yoox (Net-a-Porter group) and French company Vestiaire Collective, that just three months into the pandemic was recording a 119% increase in online sales compared to the previous year.

If we consider that the few brands that could allow themselves the luxury of renting all the shops shut down by the acquired chains are the first to decline such an option, making a virtue of their devotion to online sales, the future seems to prospect a colonisation of areas so far dedicated to a ‘mainstream’ audience by minor and independent companies. These, differently to the giants of fast fashion, used the democracy of social media to get a spotlight, according to the so-called ‘kindness economy’. This is the prevision forecasted by Mary Portas – one of England’s main retail consultants – who blamed the decline of high street chain stores in their incapability to understand the new values of young customers, who mostly look for ethical consumption and for shopping intended as a community experience. If Portas argues that nobody will feel any nostalgia for the capitulated chains, Mark Pilkington – another British retail consultant – has recently urged shop building owners to “offer a space that a new business can take on and transform the look of through technology.” The aim is to turn shops into windows for stock held online and spaces that can engage with customers “in a way that they can’t experience from their screens”. The shops of the future, therefore, will need to be spaces based on a “plug and play” model, one day pop-up for a fashion brand, a yoga workshop the next. Lower rents and stocks reduced to the minimum in favour of a shopping experience that strives to be more conceptual than physical.

A fascinating model that suggests the likely use of former department stores for cultural events, like gigs, exhibitions and workshop, taking advantage of the potential offered by their extended surfaces to comply with social distancing regulations.

The pop-up model – based on that already successfully tested by the food industry – could no doubt stimulate contemporary consumers, more and more hungry for new and constant stimuli, to venture outside the comfort of their homes. However, considering that – at least in the United Kingdom – it is possible to turn shops into homes without planning permissions, we can expect a progressive integration of housing into the high streets. A future that could also be shared by office buildings that, following the increase of smart working, will soon be emptier.

The future comes with the safeguarding of social rituals

This process, although confirming how socialisation dynamics have changed, mostly risks to forever affect the importance that lies in certain cross-generational phenomena of aggregation that for many teenagers have always represented important paths of creativity and maturation.

Although high streets cry for renovation,  we have to be careful that their future mutations won’t turn them into enormous open-air click and collect centres; extending the alienation already legitimised by the many lockdowns. Shopping centres risk becoming aged and decadent actors of urban scenarios just like the character impeccably interpreted by Nino Manfredi in Department Store. Regenerating high streets means investing in a more ethical consumption – with the related challenge of dealing with a clientele bulimic of temporary trends – and, mostly, safeguarding, alongside historical buildings, social rituals.