23 units of Kisho Kurokawa's iconic architecture have been restored and will be put to various uses: some are already on the well-known short-rental platform. 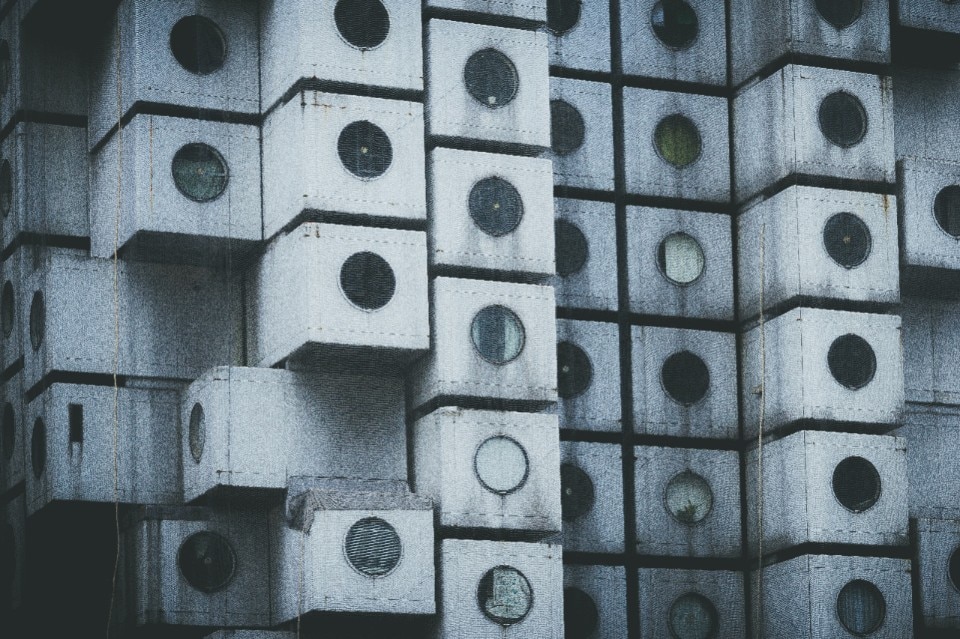 The Nakagin Capsule Tower in Tokyo has been dismantled this year and 23 out of its 140 grey interlocking capsules – 4 meters long and 2.5 meters high and wide – are under restoration. The cubes that made up the 13 floors of the tower had never been replaced because they were attached to the structural core in two points of attachment: a critical design, which made it very difficult to remove a lower block without releasing all the other units above.

Of these 23 capsules – property of former resident Tatsuyuki Maeda – 14 will be completely restored. The built-in furniture will be repaired or reassembled and each capsule will be equipped with stereo systems (original or new). Of the other capsules will be restored only the structure and the outer shell, in order to make possible the creation of new original interiors. Some other units have not been claimed and Maeda has received requests from museums and other entities in Asia, Europe, and the United States. In total, there are 36 capsules left from the demolition, but according to Maeda if there will be enough demand, it might also be possible to rebuild new capsules.

Now you can experience them in the mountains of Nagano, a few hours from Tokyo, before they head to the museums and new owners. Kurokawa’s family recently started renting a country retreat on Airbnb with four of the cubes attached. The cost is  ¥227,429 a night ($1,560).