In mid-March, an exhibition entirely dedicated to the history of Italian design in Iran will open its doors at the residence of Italian Ambassador Giuseppe Perrone. 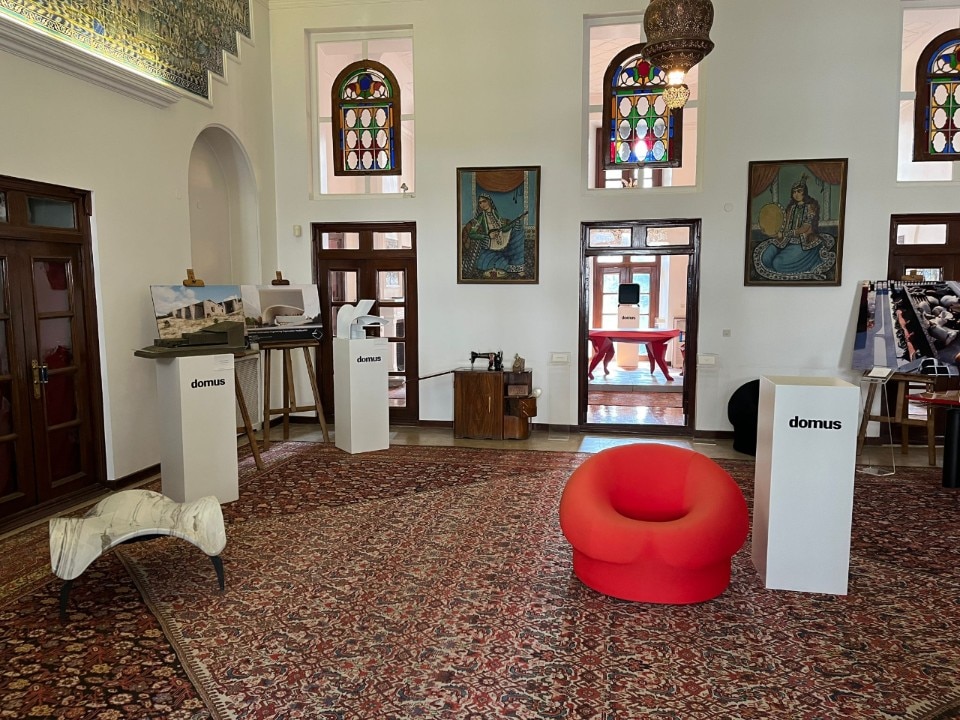 The Italian Ambassador to Iran, Giuseppe Perrone, officially opened a special preview of the exhibition “Domus Design – Tehran 2022”, which will open in its entirety on the occasion of Italian Design Day in mid-March.

Housed in one of the historic buildings of the Casayan-era complex that houses the Italian Ambassador’s Residence, the exhibition traces the most representative episodes of the relationship between Italy and Iran in design and architecture. The exhibition opens with pieces designed by Ponti in the 1950s and 1960s for the villas he was building in those years – including the spectacular Villa Namazi in Tehran, an Italian architectural jewel in the Middle East that recently survived events that even threatened its existence.

The rooms also display Gaetano Pesce’s visionary drawings for the National Library of Tehran and projects by contemporary Iranian architects, such as those by Alireza Taghaboni and Sara Kalantari, closing with avant-garde design objects, such as Kamran Naderi’s futuristic dining suite with zoomorphic forms.

The event was conceived as a direct reference to the historic “Domus Design” exhibition held in Tehran in 1975, on the initiative of the Milanese magazine. The best of world design for the home and industry was presented on that occasion, with a catalog of 280 objects signed by 116 designers. “The new exhibition that we have organized in Tehran intends to take up the spirit of the historic exhibition set up by Domus in 1975,” comments Ambassador Perrone, “retracing the main stages of the collaboration between Italy and Iran in the design sector, to highlight the special bond between Italy and Iran, which since the 1950s has never ceased to produce examples of design of rare beauty.

Along with the Ambassador, Walter Mariotti, Editorial Director of Domus, attended the event, expressing the magazine’s role in a cultural meeting of this importance. “All occasions that help us reflect on the less superficial nature of the term design”, said Mariotti, “are operations that are anything but peaceful, but in a sense that is the opposite of conflict-generating, because in reality they only declare war on clichés, those that are capable of generating conflict, because they would like different cultures and human destinies to be irreconcilable. Dealing with Italian design in Iran means, first of all, asking a question of brotherhood and human meaning that goes beyond design”.