NFT: Banksy’s artwork up for auction, without his knowledge

Spike, currently owned by italian tenor Vittorio Grigolo, will be auctioned off as a NFT this Thursday. But it may incur in a lawsuit. 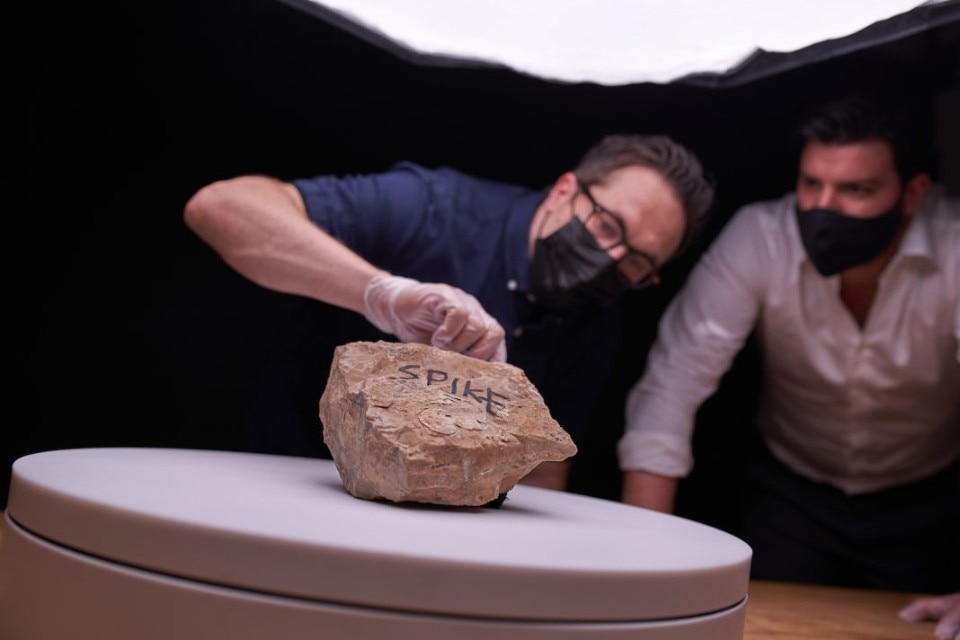 There has been much talk about Spike lately, the work attributed to the British artist Banksy. Now owned by the Italian tenor Vittorio Grigolo, the artwork is soon to be sold as a NFT on the auction platform ValuArt, of which he is a co-founder. The work, a piece of wall taken from the barrier between Palestine and Israel, is said to be part of a treasure hunt launched in 2005 by the artist in Palestinian territory, promising a certificate of authenticity to anyone who could find it. It is unclear how it ended up in the hands of the founder of ValuArt, which now sees its first and only online auction, beginning with nothing less than this work by Banksy. Not the “real” and alleged work, however, but only a NFT version, namely an identical clone in digital format. The auction states that half of the profits would be donated to charity. But to whom? And what does Banksy have to do with this? Nothing, it seems. Banksy has made no statement to date, and information about the work itself is vague, or non-existent.

Read also: How to create your own NFT in 5 simple steps

In fact, what remains dubious is how the artist would have allowed the owner to carry out this speculative operation on his work. According to copyright laws, the rights to a work of art are held by the creator and not by the person who owns it; this would mean that Banksy could file a lawsuit against ValuArt and Vittorio Grigolo if he did not authorise Spike’s usage for commercial profit.

“Neither Banksy or Pest Control licence the artist’s images to third parties. Please do not use Banksy’s images for any commercial purpose, including launching a range of merchandise or tricking people into thinking something is made or endorsed by the artist when it isn’t.” These are the only words from Pest Control Office, the non-profit company officially in charge of selling and authenticating Banksy’s works.

We are therefore waiting to see how the auction ends or whether the mysterious artist from Bristol will surprise us again with one of his stunts.