Art as a political manifesto

From Ambrogio Lorenzetti to Banksy: painting reads and interprets politics. 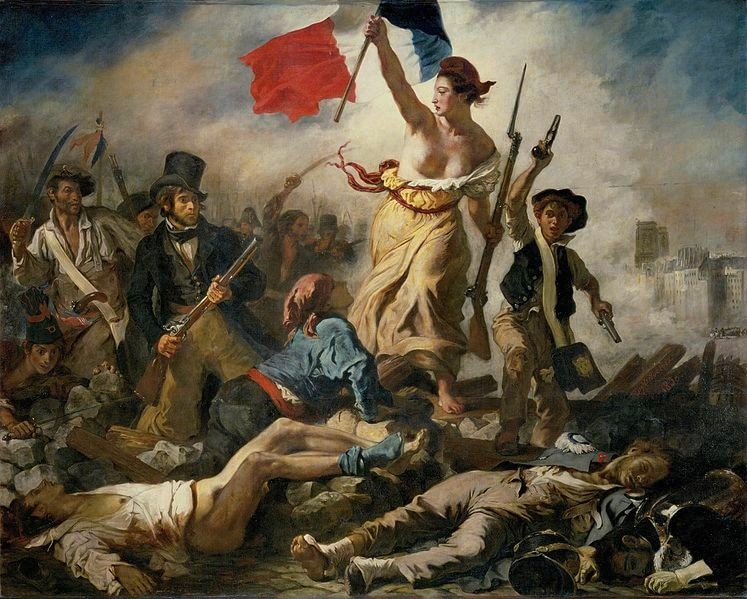 The election campaign for the US presidential elections is getting hotter by the minute: campaign commercials, television debates, socially distanced meetings, and funny memes alternating between candidates. But what are their policies? Their programs and their election promises? Positions and ideas are constantly clashing and confronting each other. Does art find its own space, in the political linguistic arena?

Ambrogio Lorenzetti, a great interpreter of the Sienese school of the fourteenth century, tells through his cycle of allegorical frescoes in Siena’s Palazzo Pubblico the effects of Good and Bad Government. Their clear sense and didactic meaning were needed as a source of inspiration for the governors who gathered in those rooms. On one side, there are citizens living in order and harmony, and on the other, the city slowly falling apart. How many and which artists have transformed their paintings into political manifestos? Does art have a political character?

Paintings and sculptures almost always contain, in their expression, a political gesture: a landscape, a portrait, or an allegory can quickly become the picture of a specific historical moment and consequently a manifesto, a front page of a newspaper.

Aristotle affirmed that the man is a political animal, a social animal and therefore everything he creates is his expression. The gesture of an artist, in his peculiar production, is essentially action, and it extends beyond the aesthetic space taking the form of a narrative made up of images and materials that often denounce or narrate a society, a historical period, a ruler or a pope, and make it a propaganda manifesto or a denunciation of the work of the painted subject.

In 1830, French artist Eugène Delacroix painted a huge painting, called Liberty Leading the People. It was July 25, 1830 and the King of France, Charles X, had decided to eliminate forever the threat of liberalism by suspending the freedom of the press, dissolving the Chamber of Deputies, and modifying the electoral laws as to favor the aristocracy. In a short time, the government became dangerously oligarchic, and the French people did not want to give in, so they took their arms and set the city of Paris on fire. After three long and intense days, Charles X was forced to abdicate, declaring, through this gesture, the victory of the people.

Delacroix transforms those days into a perfect instant narrative, a vision of freedom and equality. Marianne, the guide, their symbol of freedom, proudly holds the French flag and the people around her crowns her with weapons. The painter succeeds in building an emotional pyramid – only Thèodore Gèricalut had done a similar thing a few years earlies, in his The Raft of the Medusa, another well-known political picture of social denunciation. Triumphant and impetuous, young Marianne becomes the symbol of a democratic and popular politics, a manifesto of a program that is anything but oligarchic. The work is nothing but the political program of the people and therefore of the painter.

Read also: Painting as a denunciation tool: from the rise of factories to the consequences of the pandemic

On April 26, 1937, a Basque town was bombed and razed to the ground by the Nazi air force, which supported the Spanish dictator Francisco Franco. Hundreds of men, women and children were killed. This unjustified and violent massacre was immediately greeted with outrage by the public opinion. Pablo Picasso decided to tell the story, transforming it with the only words he knew – those suggested by temperas and brushes. Without any intellectual allegory, he called the painting Guernica, the name of the city destroyed by a gesture, by a political party that at the time was successfully gathering many followers. The scene of the work takes place in the dark, in an open space, and a woman holding a child in her arms is described in a state of despair that reminds the spectator of the Christian iconography of the massacre of the innocent –  let us not forget that the production of works inspired by Christian-Catholic literature remain works of a political nature. They are followed by fallen warriors, suffering horses and we can even spot a dove, as grey as the background, with a broken wing and a wide-open beak. This could be described as a playbill, a rally, an election spot from the early ‘900 loudly opposing all dictatorial regimes.

What about today? Who are the political artists of our age? What or who do they tend to represent or denounce? Maurizio Cattelan and Damien Hirst contrast or support international financial policies, while Banksy protests through his murals: there activists, who deal with all kinds of politics through art, are mostly appreciated for the formal power they express, rather than for their excellence or mastery.

“Painting,” said Picasso, “is not made to decorate apartments. It’s an offensive and defensive weapon against the enemy”.