A new life without live music and entertainment

The lockdown has made all cultural events, and especially live music, concerts and clubbing, go virtual – which is a fairly new arena for us. Once the pandemic is over, are we sure that everything will go back to the way it was? 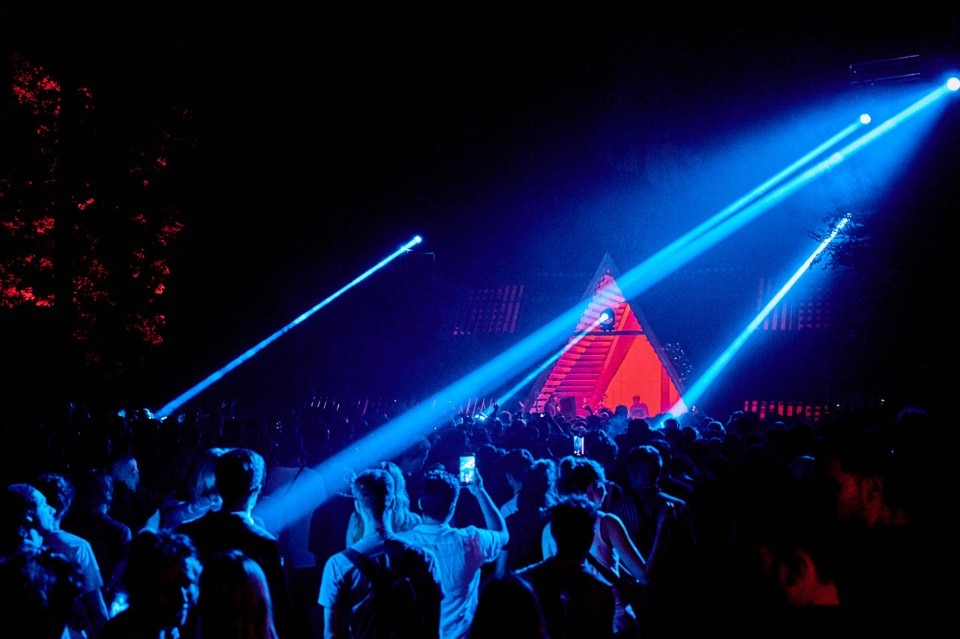 We’ve been asked to stay home for almost two months now. Our home has become an office, restaurant, school, gym, cinema and in some cases even stage, stalls, parterre or dancefloor. In a recent article published in Artforum, Paul B. Preciado compares our current condition to that of the founder of Playboy: “Hefner directed and produced the largest-circulation men’s magazine in the United States without leaving the house, often without leaving his bed. Connected to a telephone, a radio, a stereo, and a video camera, Hefner’s bed was a genuine multimedia production platform”. We probably have less money and less playmates than him, but the technology we can use is now so advanced and versatile that we could also define virtual space as a second reality, a territory — what McLuhan in the Sixties called Global Village — in which we can potentially move in every direction and participate in all kinds of activities

Today the virus seems to be getting “weaker”, and we should gradually return to make certain activities in a way that resembles the way we did before. But if it is possible to allow some fields to resume their work, while taking the necessary measures of course, for other fields the situation is more problematic. In particular, the live entertainment industry is frozen, and it is not easy to predict what the places of art will look like in the new world that awaits us.

It’s LIT 🔥 Purchase the new Astronomical Bundle to unlock the Travis Scott and Astro Jack Outfits and their Styles, with a discount of up to 1000 V-Bucks off!

There is a possibility that, at least for a while, they will continue to be virtual places. Since the beginning of the quarantine, we have witnessed numerous attempts to move the live experience online, but after a period of initial enthusiasm, we started to see its limits. The first problem is that supply exceeds demand. The second is that the interaction between audience and performer is very often a one-way-interaction and, as much as we try to design elaborate virtual scenarios, it is hard to establish an active participation of the audience. Take the example of the Travis Scott concert on Fortnite: although it was the most spectacular event in the history of online concerts, participating as a spectator was not particularly engaging. The same applies to the most successful examples of online festivals in recent weeks, such as 100Gecs’ concert on Minecraft or Nu-Cenosis festival, hosted by a platform, Imvu, which is very similar to Second Life. We are in a technological prehistory where the immersive component of virtual realities is still quite two-dimensional. To make a long story short, we are far from having Ready Player One scenarios.

We probably have less money and less playmates than him, but the technology we can use is now so advanced and versatile that we could also define virtual space as a second reality

However, the emotional factor can be recovered at least partially by using much more elementary strategies. Apart from elaborate line-ups, the streaming events that most manage to convey the warmth of real presence are those that address a well-defined community and encourage interaction between users with seemingly trivial tools such as a chat. There was a time when our second online lives took place in forums that served as a meeting place for people that shared the same passion. Then, something changed. “Our technologies change from being the tools humans use into the environment in which humans function,” writes American theorist Douglas Rushkoff in his essay Team Human, in which he analyzes the dynamics that contributed to turning aggregation tools such as social networks into control devices that, instead of promoting social connections, hindered them, transforming users from interactive subjects to passive targets of mass-marketing campaigns.

If there is a good time to reflect on how to reconvert our platforms to their original function, it is precisely right now. The concert that invites us to stay at home, presented uncritically, on a screen, lives in the illusion that things are exactly the same as before, in the denial of the collective disorientation that the new reality in which we are living involves. And this denial is just as problematic as believing that the only thing we can do is to be spectators of a mass distraction or, on the other side of the screen, the entertainers, two opposite ends of a non-dialogue that simply keep each other company in a space of fiction. On the contrary, thinking about the construction of streaming events starting from the will to build, reconstruct or cement a sense of community implies an active participation and gives the virtual territory a much more concrete and almost human dimension.

Back to tangible reality, we are already trying to imagine how it will feel to come back to normality, sometimes putting on the table sci-fi perspectives, such as the futuristic Micrashell helmet designed by the creative studio Production Club, which would allow you to drink and vape as you please while safely hanging out in your favourite club. It is yet unclear how long it will take to produce it, and how much this delightful evening companion will cost, given the complexity of the project. While we are waiting to understand it, other proposals have been made, some of them decidedly questionable. Last Friday in Germany, for example, was organized the first drive-in rave (an idea that also circulated in Italy) which, judging by the pictures, resulted in a mix of motorway traffic jam and Ballardian nightmare. I realize that the crisis that is affecting the entertainment industry requires quick solutions, but to look for them without taking into account every factor, such as the environmental impact that this pandemic has generated, could make the situation even worse.

Whatever is the fate of art in the post-Covid world, if there is one thing we are learning in these days is that, regardless of the container, it is necessary to start again from contents. Contents capable of dialoguing with reality

While in Europe we can imagine attending the next Spring Sound festival from the comfort of our car seats, in China some clubs (in areas less affected by the virus) reopened at the end of March - a timeframe that, for us, seems quite unlikely. In those parts, there hadn’t been new contagions for a couple of weeks, and at the moment only fairly large clubs have reopened, and they are taking special safety measures, including temperature control at the entrance and scanning a QR code on the clients’ phones, which links to their medical records. Similar to the Chinese example is the Spanish proposal to reopen at a third of capacity and to organise events where everyone is seated at a safe distance from each other. In both cases, the public will have to go to semi-empty venues, which, with reduced flow, should still be able to pay artists, staff and daily disinfection costs of the spaces.

Whatever is the fate of art in the post-Covid world, if there is one thing we are learning in these days is that, regardless of the container, it is necessary to start again from contents. Contents capable of dialoguing with reality, and asking a series of questions aimed at bettering this reality or imagining a new one, where the places of art act as a social glue holding everything together, as the antibodies that protect us from feeling so lonely all over again.