Plexiglas cabins on the beach against Coronavirus, for a Black Mirror-esque summer

It is the proposal of an Italian company to make the bathing establishments safe this season. 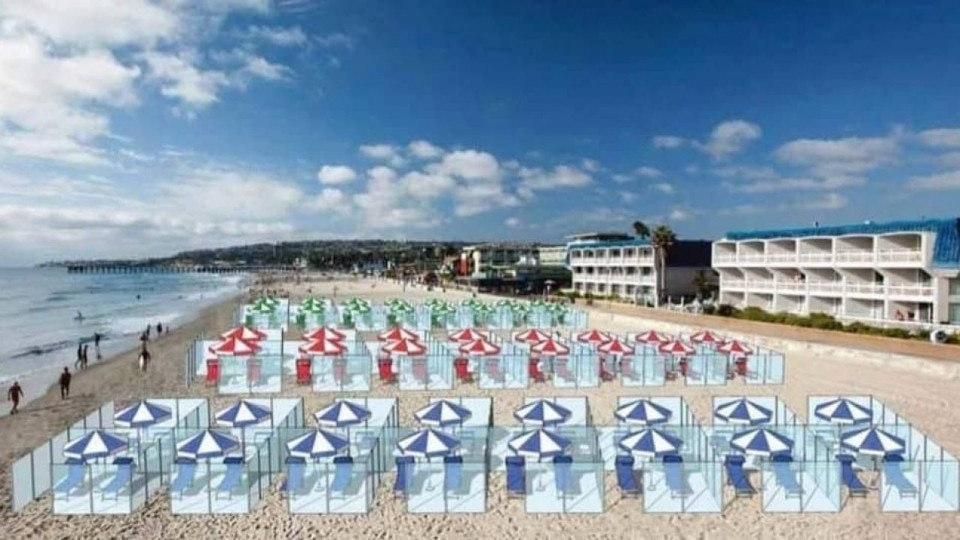 After the stop given in the Sicilian territory to the bathing season 2020, in Emilia Romagna they are trying to understand how to save it. Predicting, in fact, a drop in turnover of at least 60%, there are several interventions necessary to make the establishments accessible this year, from staggered access to the beach, to the installation of dispensers of sanitizers in the bathrooms. But, obviously, the most important thing is to guarantee the distance between customers, and therefore between umbrellas.

The Rimini-based company Nuova Neon 2, specialising in roofing, stands and windows, has put forward its proposal to safely visit the Riviera Romagnola, by installing transparent rooms on the beach, 4.5 m per side, made of Plexiglas walls and aluminium profiles.

Although it has caused clamour in the social world, the response from the authorities was not what was hoped for. “So it closes, or rather it doesn't open. You can’t just start the bathing season.” Renata Tosi, Mayor of Riccione, immediately affirmed that “the Riviera Romagnola has a special vocation devoted to hospitality and that project is very different.”
The regional president of the beach operators’ union Simone Battistoni is of the same opinion. “We have always promoted mass, popular tourism. A tourism that rhymes with assembly. The new standards will have to impact without too many traumas.” Without considering the environmental and human impact: until a few months ago such an idea would probably have been good for a summer episode of Black Mirror, the dystopic series for excellence. Now it’s almost reality.