A group exhibition with artists such as Martin Soto Climent and Adrien Missika inaugurates the new exhibition program in the striking spaces of the artistic foundry. 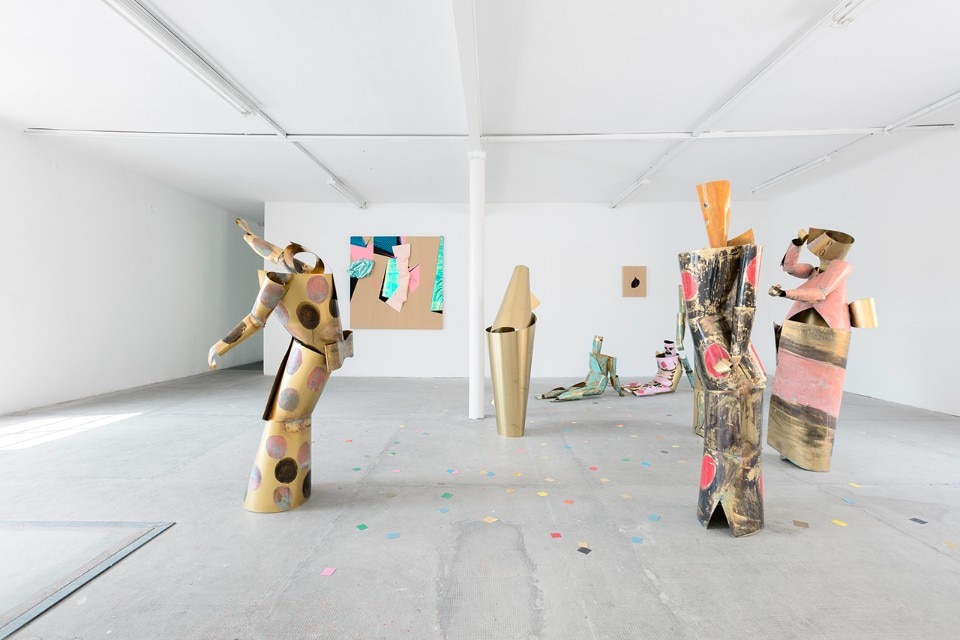 On the 5th of July, at Fonderia Battaglia, in Milan, settling in the same spaces where Peep-hole operated  – during a long-term exhibition season from 2013 till 2016 – Cura inaugurates its brand new declarative extension named Kura. Cura is an editorial and curatorial project born in Rome in 2009 thanks to the visionary forces of its founders Ilaria Marotta and Andrea Baccin, who today also rely on a widespread network of international collaborators, curators, artists and critics.

Both the magazine and the publishing house dedicated to volumes and books, build the Cura’s universe up, pursuing a program of exhibitions voted to follow international artists developed both within the exhibition space Basement in Rome – founded in 2012 –  and, from 5 July, the brand new Kura’s programming, set in the composite spaces of via Stilicone, within the most ancient and still active foundry in Italy. Between the courtyard, the first floor and a small space inside the Fonderia Battaglia’s archives, in the coming years, Cura shoes its own growing-up intentions, through a curatorial enclave conceived for exhibitions and independent, extensive projects. Programming that will enhance skills and projects in order to become recognizable enough to deepen Cura’s projects exclusively on invitation, including exhibition plans tailor-made for museums, foundations, galleries and independent spaces all over the world.

In a long-lasting and hot summer evening, the Grand Opening of Kura results crowded and widespread, through a sort of poetic declaration harmonizing its new entrance into reality: it is about Summer Rhapsody, a collective exhibition that brings to Milan and in the range of a three-dimensionality a further Cura's proposals evolution. Till the end of July, indeed, the daily-life-dealing structures by Mitchell Anderson; a chemical intervention by Davide Balula; the torn, fractured benches by Anna-Sophie Berger; the explicit paintings by Louis Fratino; a de-container by Nancy Lupo; some huge bright clouds by Mélanie Matranga; as well as the mechanical dancers by Caroline Mesquita; the neon-like linguistic condensers by Adrien Missika and the collected voyage by the Mexican Martin Soto Climent dialogue at close quarters, from the inside of the post-industrial building, with the colourful, site-specific fabric structures by Roberto Coda Zabetta. Exploding tents set right above the courtyard.

In a separate room, a small bookshop will become, during the next months, a sort of permanent location where a cultural mediator that will welcome to the public the future exhibitions. Kura, in fact, after the summer break, will host personal and collective exhibitions dedicated to artists gravitating towards the contemporary international scenarios, with particular attention to the generation born at the turn of the early Eighties. It will be invited a wide board of artists and curators, including: David Reinfurt (Dexter Sinister), Lorenzo Benedetti (Kunstmuseum St. Gallen), Luís Silva and João Mourão (Kunsthalle Lissabon) and Samuel Leuenberger (SALTS Birsfelden). In Milan, therefore, inaugurates a new type of space, which in the wake of the several project-space activities, finally offers a multi-layered, analytical registrar for contemporary arts and culture.